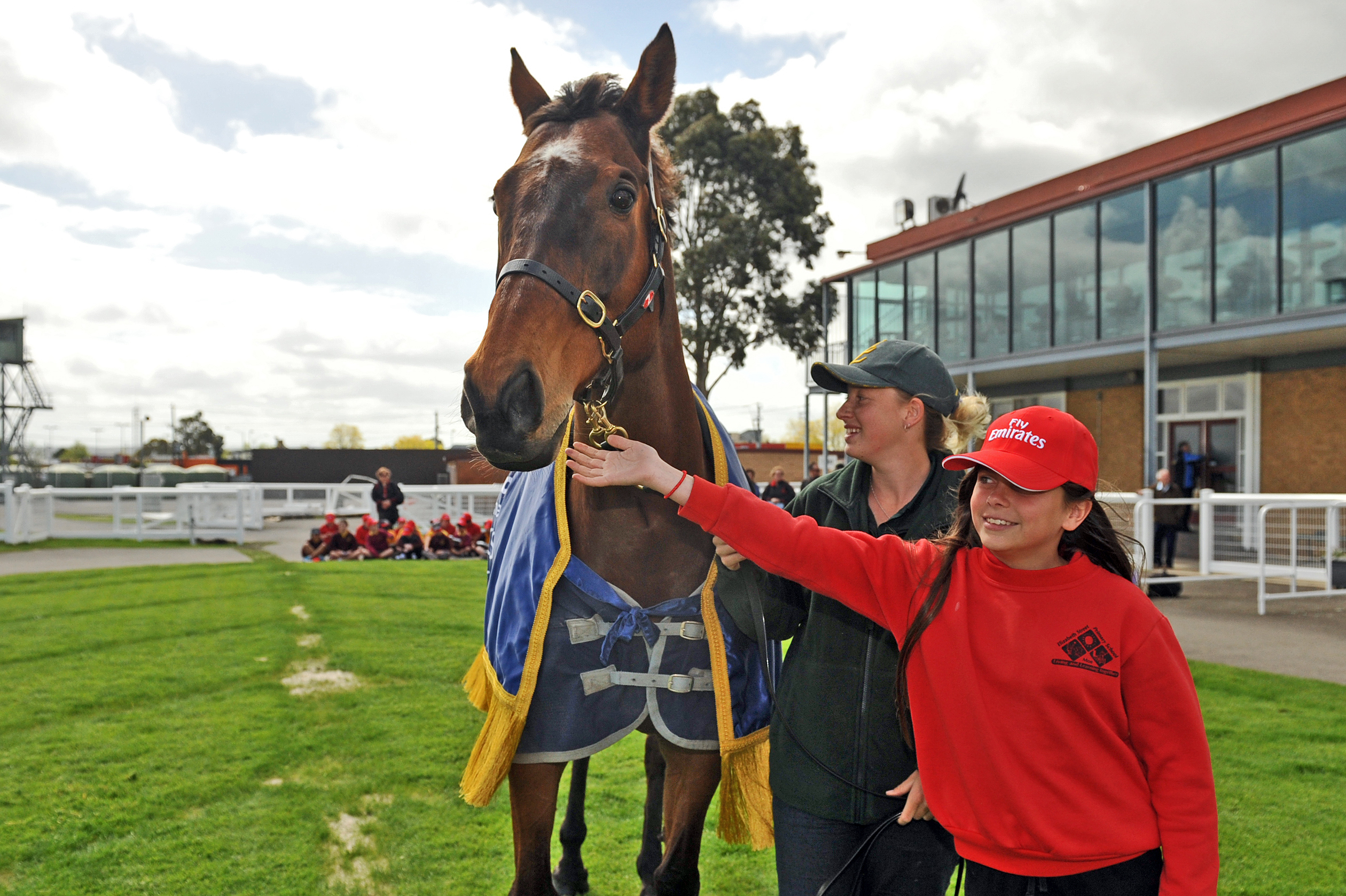 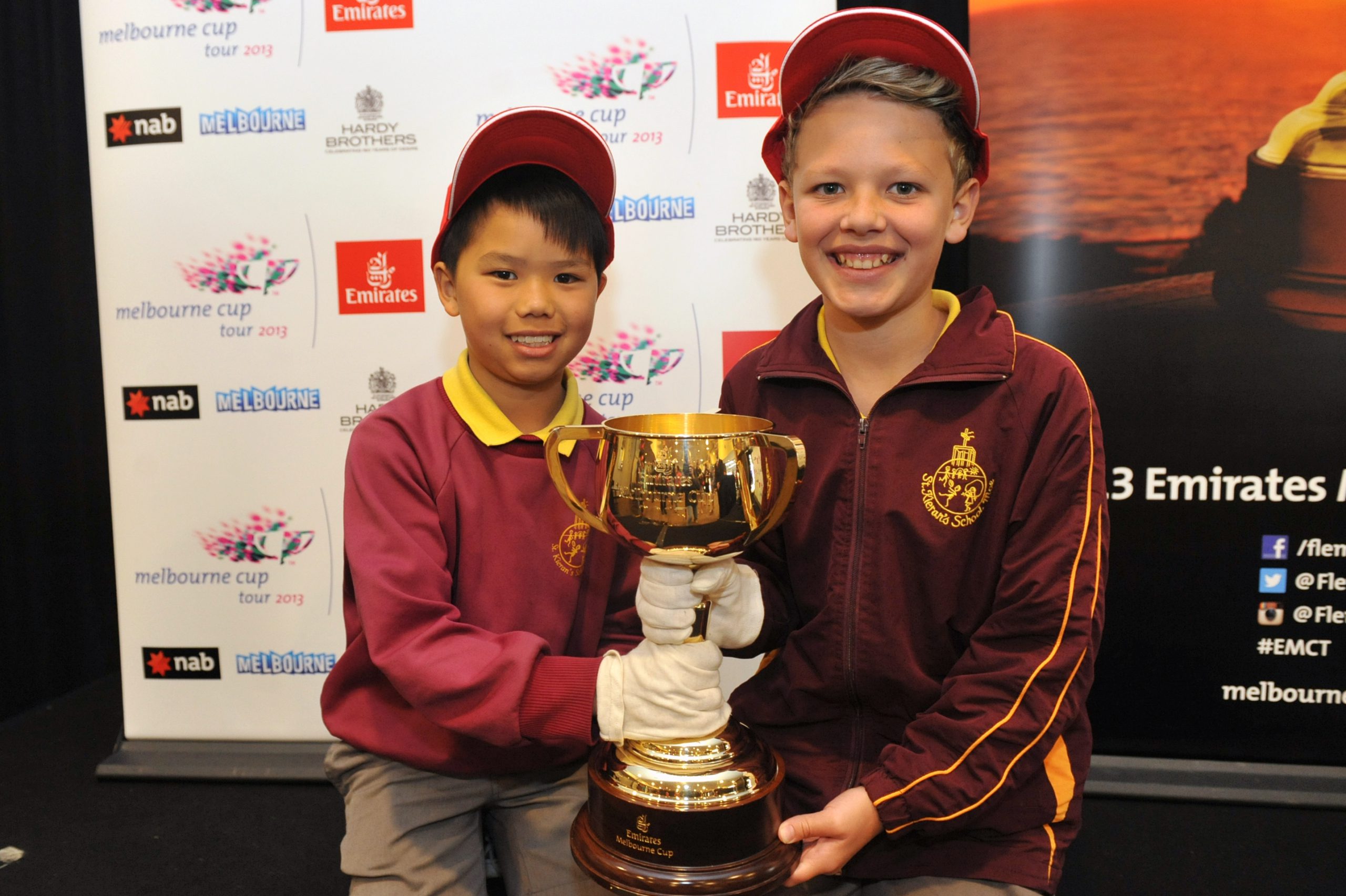 With less than a month until the ‘race that stops a nation’, the Melbourne Cup arrived in Moe on Friday as part of the nation-wide tour.

John Marshall, who won the 1999 Melbourne Cup aboard Rogan Josh, travelled with the trophy to the Latrobe Valley as ambassador for the 2013 Melbourne Cup.

Fourteen years on from his only Melbourne Cup victory, Mr Marshall said taking the historic prize on tour had brought back special memories of the day.

“It’s like reliving that day where I won on Rogan Josh,” he said.

“Taking (the cup) round and when it’s unveiled hearing all the ‘ooh’s’ and ‘ahh’s’, the kids love it and it just brings back some great memories.”

At age 41 and closing in on retirement, Mr Marshall was handed the ride on Rogan Josh by trainer Bart Cummings.

Despite the race being close throughout, Mr Marshall said he was always confident of winning the 11th Melbourne Cup for Mr Cummings.

“It was always close in the sense that he only won by a long neck, but I was confident that he was going to win,” Marshall said.

“Bart’s the maestro. He’d won 10 Melbourne Cups before I won on Rogan Josh and he’d been there and done that, so it was great to finally win a cup for Bart having ridden for him for 10 years.”

The tour, organised by Victorian Racing Committee, celebrates the history of the race and its importance to Australian culture.

“The Melbourne Cup itself is a cultural icon,” VRC representative Joe McGrath said.

“With 152 years of history going back to 1861 when Archer won the first Melbourne Cup, the cup has mirrored the development for all of Australia.”

Friday’s visit saw hundreds of Moe primary school children attend Moe Racing Club and talk to the jockey about his time in the saddle and the history of the race.

However, throughout its travels, the cup has been gazed upon by individual’s of all ages.

“The Emirate’s Melbourne Cup visits not only the kids, but we take it to aged care centres and hospitals and everyone’s got their own racing story that I love to hear,” Mr Marshall said.

“It’s has got that aura about it where it’s something people just relate to. It’s a part of Australia.”

As for this year’s race, Mr Marshall believes an international will produce another winner.

“I like Mount Athos. I really liked his run last year, he was a bit unlucky and I think they’re coming because they know he’s a horse that’s capable of winning,” he said.