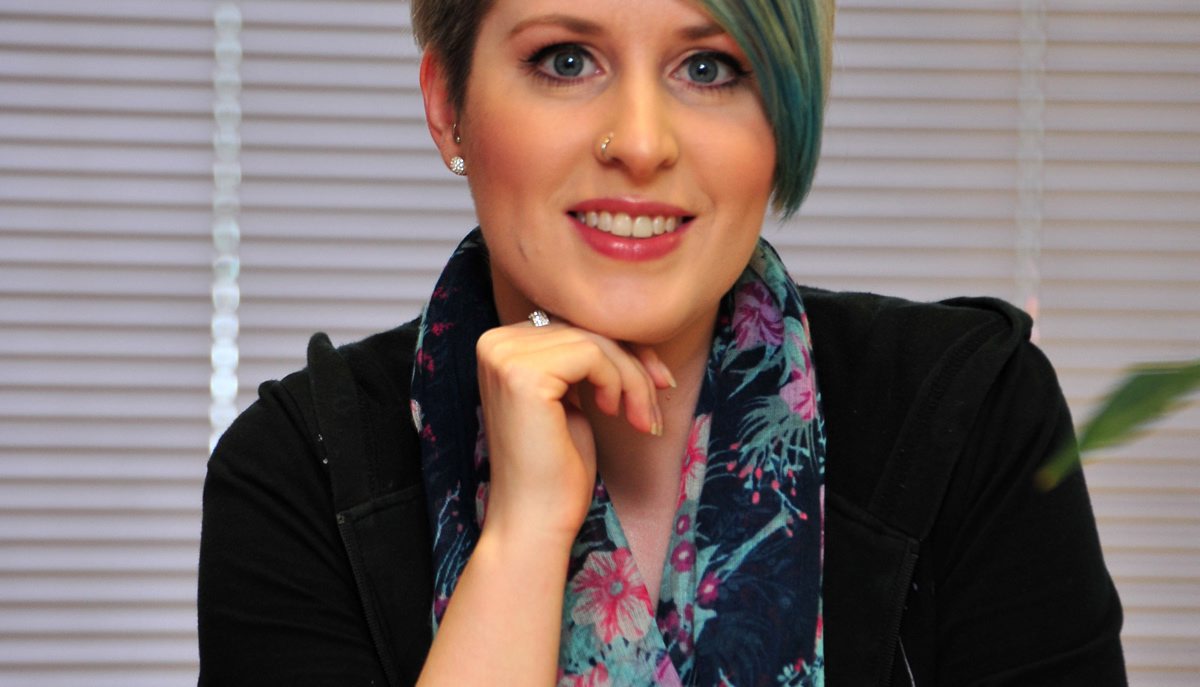 When Hannah O’Loughlin was hit with a non-Hodgkin lymphoma diagnosis at just 25 years old, she was working as a beauty therapist at a Traralgon pharmacy.

And while she was “great with make-up”, applying it wasn’t her true passion.

“I had always been arty. I loved drawing and painting,” the now 26 year-old said.

“I guess having cancer at a young age made me realise what I wanted to pursue. It changed my perspective.”

Last year, just months after being diagnosed in January and fighting off the cancer mid year, she enrolled in a Bachelor of Visual Arts at Monash University and has just completed her first year.

“Before I didn’t really see a career in art, but I’m going to go on to complete a Masters of Education and become an art teacher.”

Hannah, now in remission, revealed her cancer recovery had not always been “smooth sailing”.

“A lot of times I worried about the cancer coming back and I felt a lot of anxiety and uncertainty, which affected my studies,” Hannah said.

“There were times I couldn’t bring myself (to study). I missed a day of uni because I just couldn’t go… It was pretty scary.”

Hannah said this fear had taken over from mid year to September and it was only in her last month of university that she was “fine” again.

“I just had to learn to shut that fear out, because it doesn’t get you anywhere,” she said.

Hannah also overcame an initial self-esteem issue in the early stages of her recovery, when she had lost her hair and was wearing wigs to work.

She received some ignorant and hurtful comments and despite this continued to wear wigs, but was glad to have her own hair back to style as she wished.

“I still wanted to have fun with my hair. I never had it short before,” Hannah said, speaking about her new style.

“I change the colour at the front to purples or dark blues. I was in a photo shoot for a Traralgon hairdresser and that was really cool.”

The art student said while the threat of the cancer returning months or years down the track was real, she pushed it out of her mind now by keeping busy, and studying “certainly helped”, as did her charity work.

“I volunteer for Look Good, Feel Better, which holds workshops all across Australia helping women to feel better by having a make-over,” Hannah said.

“It’s rewarding to be able to use my beauty therapy to help others like me.

“They hold workshops at Latrobe Regional Hospital once every few months and when I was a patient I went to a workshop myself and it really made an impact on me.”

Hannah has also hosted two Australia’s Biggest Morning Tea events and her brother and friend have supported her by shaving their heads for the Leukaemia Foundation’s World’s Greatest Shave.

“The Leukaemia Foundation and Redkite gave me donations to get me through when I wasn’t working, with things like petrol or grocery vouchers and offering to pay phone bills,” Hannah said.

“I want to continue helping these charities because they are there for you in your time of need, and there’s so many people out there that need help.”

Hannah said the support she received from family and friends was very important and told others in similar circumstances that it was important not to let fear hold you back.