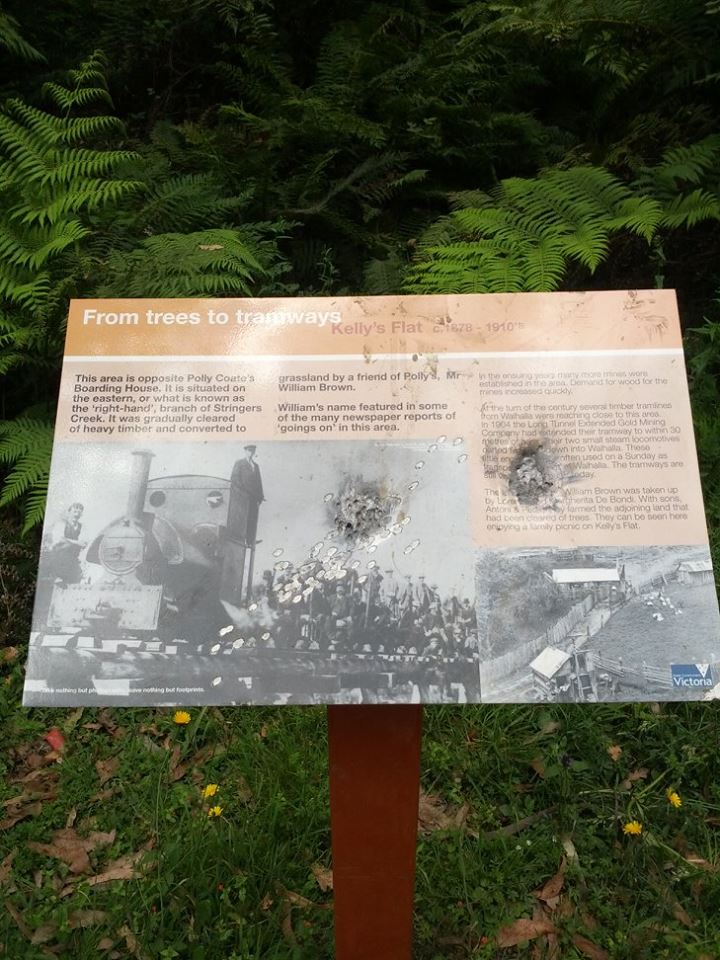 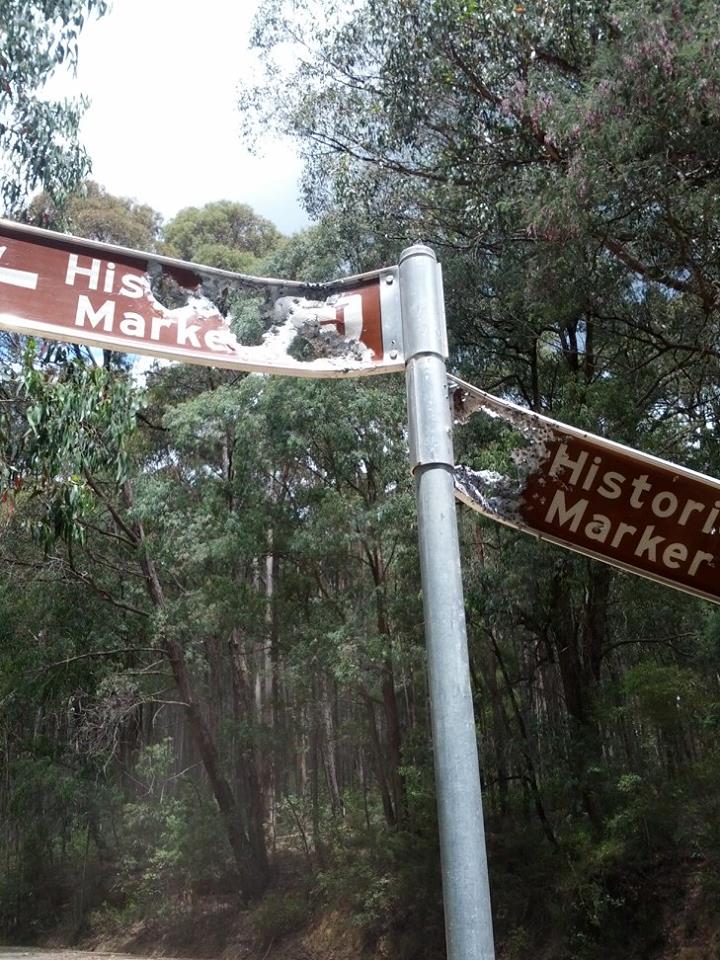 A COMMUNITY organisation will need to spend $1000 replacing damaged historical marker signs near Walhalla, which appear to have been shot at by vandals.

West Gippsland Relic, Mining and Heritage Protection Inc president Rudi Paoletti said an interpretation sign 10 minutes north of Walhalla and the two historic directional blades that point to it were damaged by gunshots.

The volunteer group is responsible for installing and maintaining 80-plus signs and sites of places significant to the history of the area around the Aberfeldy Tracks.

“The sign marks Kelly’s Settlement, a small settlement site with a pub, (that existed) to look after the mines and the logging tramways in the late 1800s,” Mr Paoletti said.

Mr Paoletti said it would cost almost $1000 to replace the signs – money that could have been spent elsewhere.

“We rely on funding through membership, sponsorship and donations,” Mr Paoletti said.

“In 2014 we have a lot of projects planned. Without this senseless vandalism I could have created a nice walk to a grave site, but instead it’s going to pay for this.

“It puts us a step backward.”

Mr Paoletti has urged anyone with information to phone Crime Stoppers on 1800 333 000.