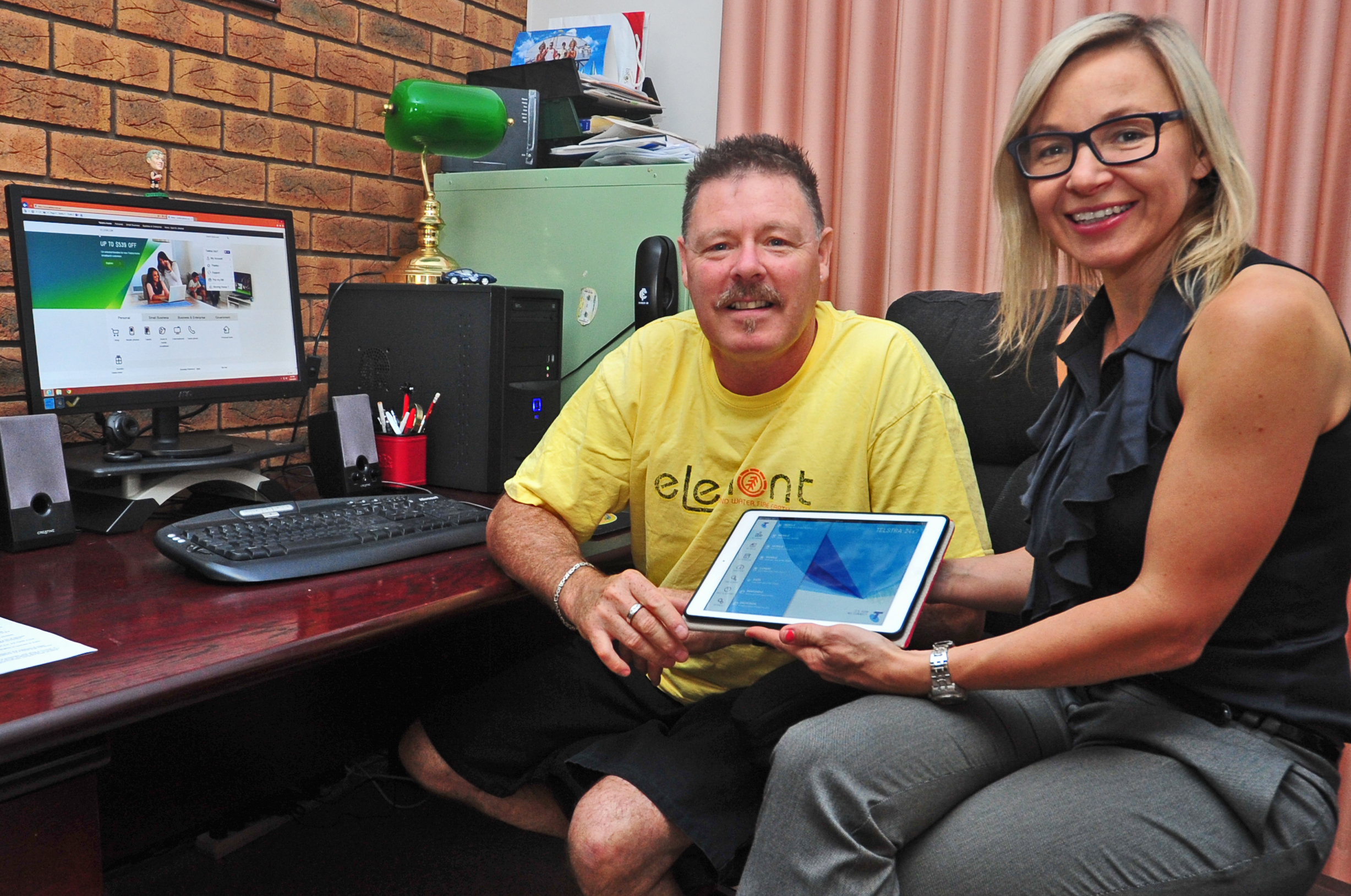 Ken Bailey and his family are one of Telstra’s first customers in Traralgon West to connect to the National Broadband Network’s fixed wireless service.

The family is among 3000 homes and businesses in the Latrobe Valley now able to connect to the technology launched late last week.

Fixed wireless service is provided to communities located on the outskirts of major towns and cities.

The service is delivered by radio communication via a tower that transmits a signal direct to a small outdoor antenna on a home or business.

Mr Bailey said the service was already making a positive difference for his family.

Prior to connecting to the NBN service, Mr Bailey said the family used ADSL2.

He said he had seen a significant change in speed and no longer experienced disconnections.

“We used to have quite a lot of issues; this has resolved every problem we had,” Mr Bailey said.

“Our children are now able to connect multiple devices to the NBN service and despite having a lot of devices connected, we’re still getting superfast speeds.”

Mr Bailey said his son was getting into online gaming so the new connection had meant he would able to connect live with his mates and play together.

“My wife and I mainly use it for email and YouTube and we’ve noticed how much quicker it is. It’s made a real difference for both of us.”

“Internet use in the home has increased dramatically over the past couple of years and we know many residents across the region have been waiting eagerly for this day,” Ms Willaton said.

“Telstra’s fixed wireless service on the NBN will provide the bandwidth needed to get households online using a growing range of connected computers, games consoles, tablets and smartphones.”