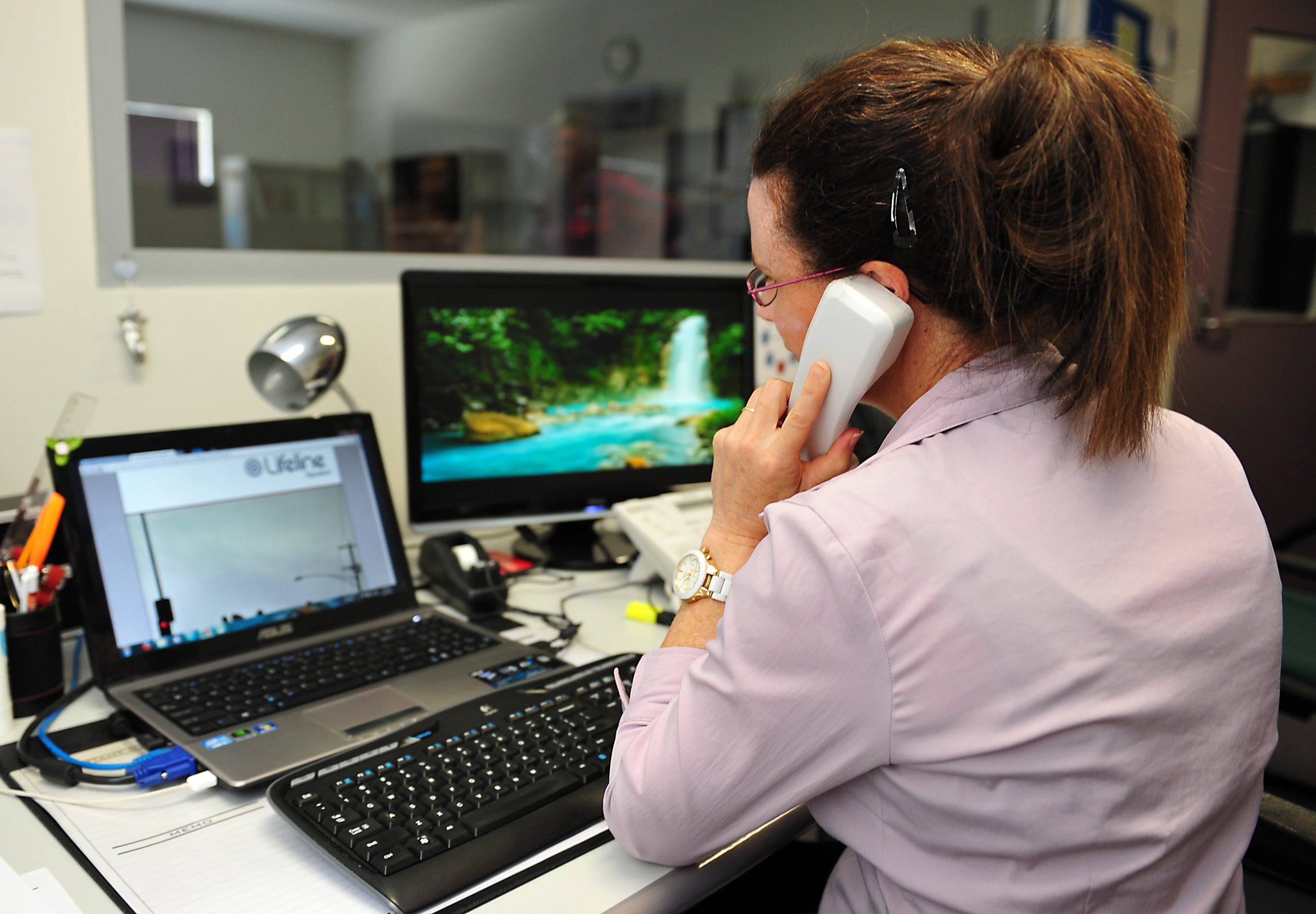 Julie once received a call from a man who had a gun to his head in one hand and the phone receiver in the other.

Another caller was swallowing pills as they spoke to her and one called from their car and was considering running off the road.

The Lifeline Gippsland suicide prevention and support co-ordinator said at this point she tried to make the caller see that there is something worth living for.

“You have to let them talk about all the reasons for dying, but you can always pick something that gives them a reason to live,” Julie said.

In her six years as a counsellor at the Gippsland service, she has never had a “successful” suicide.

The service receives more than 2000 calls per month from “people in crisis”, with more than half of those callers suffering depression.

This figure was higher than any other regional centre in the state.

Julie was one of the first counsellors at the Morwell office to take a call, and said each call since had been personal.

“It’s just me and that person and I truly believe that I can help that person,” she said.

In spite of the nature of calls, Julie said the work was rewarding.

If a caller, upon completion of the Suicide Prevention and Support Program – an eight-week program providing regular telephone counselling for up to eight weeks – has got a job, gone on medication and was seeing a psychiatrist, she said it was all worthwhile.

“It’s the most amazing feeling,” she said.

“It’s incredible how much people change in eight weeks.”

The counsellor said many callers had family and friends, but did not want to burden them with their struggles, or feel embarrassed.

“We encourage them to tap into the resources they have close at hand,” she said.

“If more people were aware it would be a better world.”

Laura, a Volunteer Telephone Crisis Supporter, who assists with training, said she looked for people who displayed empathy, patience, good listening skills and did not judge.

“It’s definitely got to be your niche. It’s about being able to give people strategies without telling them what to do and having an active listening ear,” Laura said.

Lifeline Gippsland is holding an information workshop on Saturday 22 February 2014, 10am to 3pm at the Drouin Fire Station.

? Surnames in this article have been withheld to maintain the telephone counsellors’ anonymity.