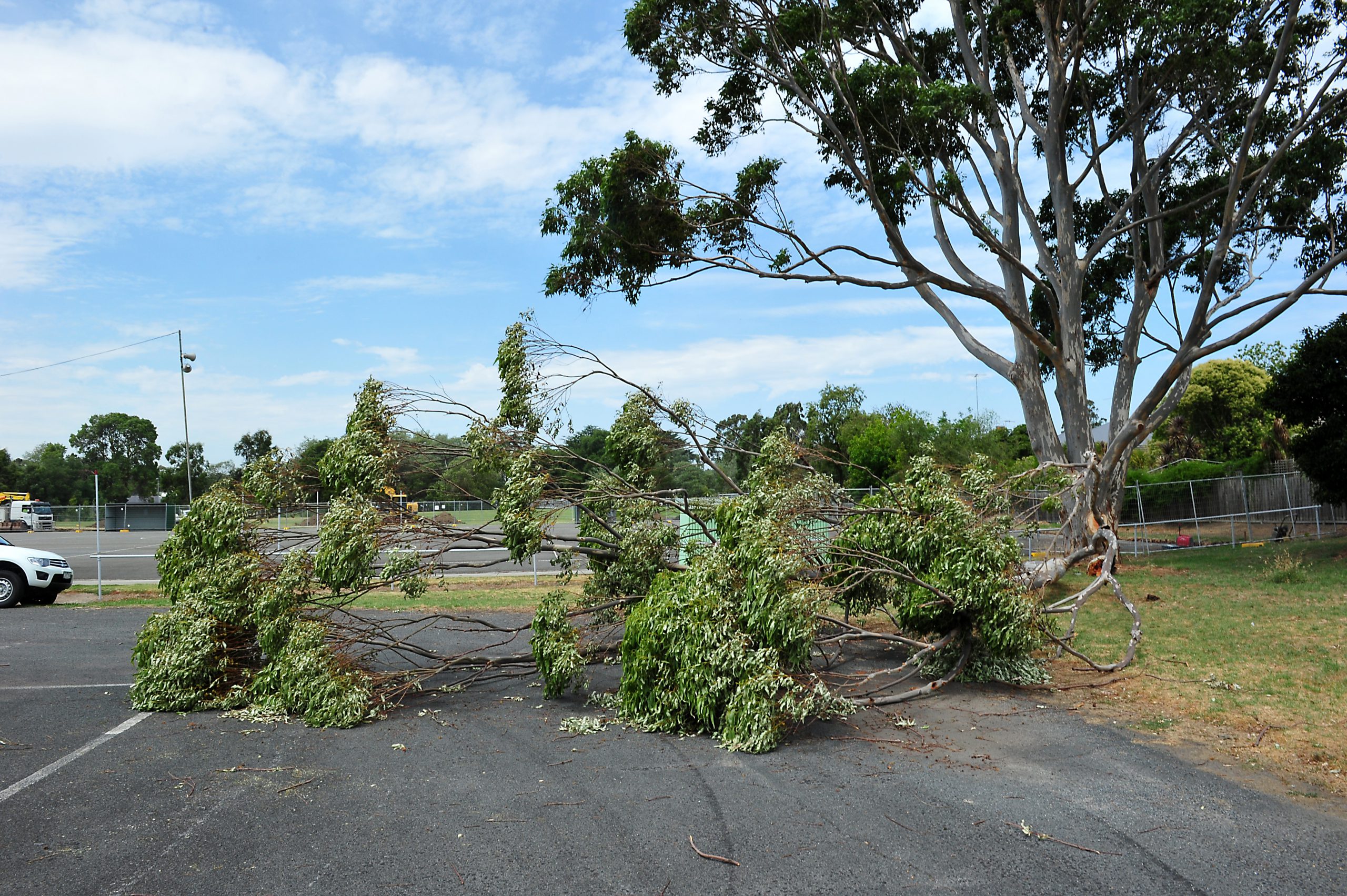 After ongoing debate over the fate of an old Traralgon Sydney Blue Gum in Agnes Brereton Reserve, the tree has been removed.

With differing arguments from the Traralgon Netball Association and nearby residents, Latrobe City Council made the decision to retain the tree in September last year after an arborist deemed it healthy.

However, at the weekend a large limb dropped from the tree due to termite damage, which arborists were only able to see following the breakage.

After being ruled as dangerous, the tree was removed yesterday.

This comes as a “blessing in disguise” to the netball association as the limb fell while nobody was playing netball on the courts below, a fear that was continually sounded through consultation processes.

“Our priority must be public safety. It is no longer an option to retain the tree given the limb drop and termite infestation,” Latrobe City Traralgon ward councillor Kellie O’Callaghan said.

“We have an obligation to ensure the safety not only of the children and families who utilise this facility, but also the surrounding residents and visitors to the Agnes Brereton precinct.

Mayor Sharon Gibson said while no-one was injured and no property was damaged, it was too risky to allow the tree to remain.

“It is sad to see such a tree fail and have to be removed, but to leave it is too great a risk to the community,” Cr Gibson said.

“New trees will be replanted at the reserve later in the year and we will select more appropriate trees for this type of community facility.”

Traralgon Netball Association spokesperson Jenni Rohde, who reported the damage to council, said she was glad safety concerns for users of the court under the tree were alleviated.

“It’s a good outcome, we’re glad that it happened when it happened and that no-one was really around; it potentially could have been one of those nasty incidences,” Ms Rohde said.

“(Arborists) can only make their assessment on what’s presented to them and that’s been the beauty of what’s happened in the meantime, it’s happened in a quiet period.

“The fact that it’s happened when there’s no-one around and it’s managed to expose that there is a disease or termite damage is a blessing in disguise for everyone involved.”

In addition to previous concerns regarding limb drops, Ms Rohde said it was also good there would no longer be debris falling on the court, which had the potential to injure netballers.

“As far as I’m concerned it’s a win-win and it’s great the council have acted so quickly on it,” she said.

“The courts are being resurfaced at the moment so they’ll be ready for the new season this year, which we are very excited about.”