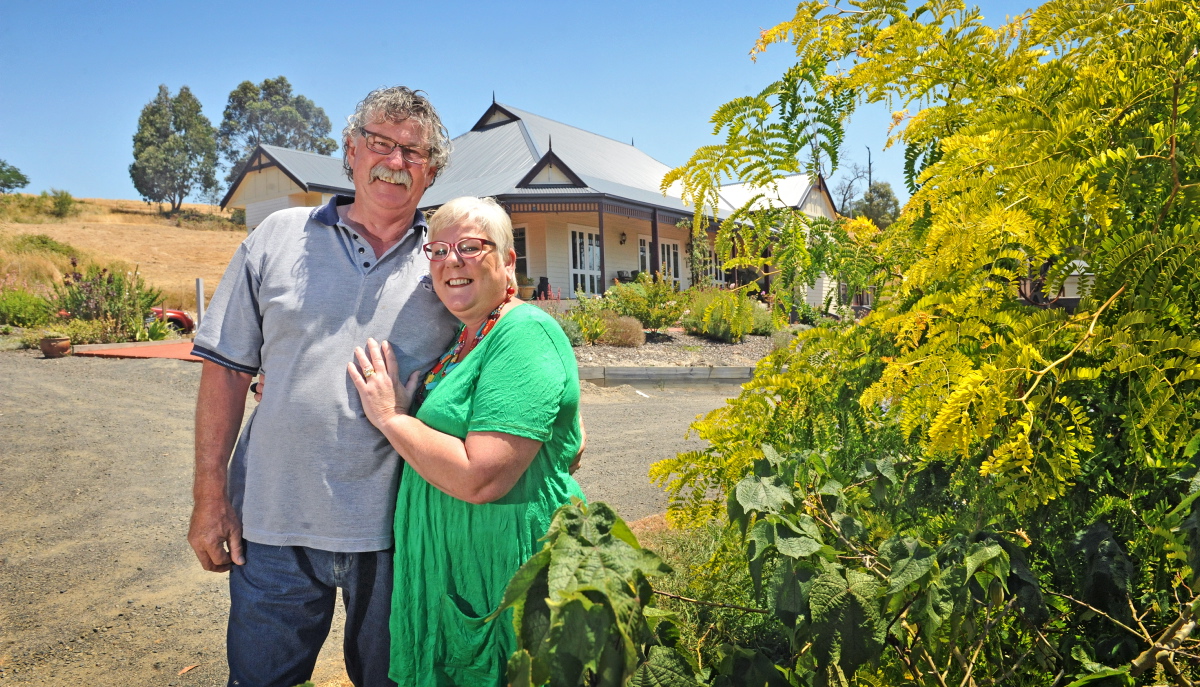 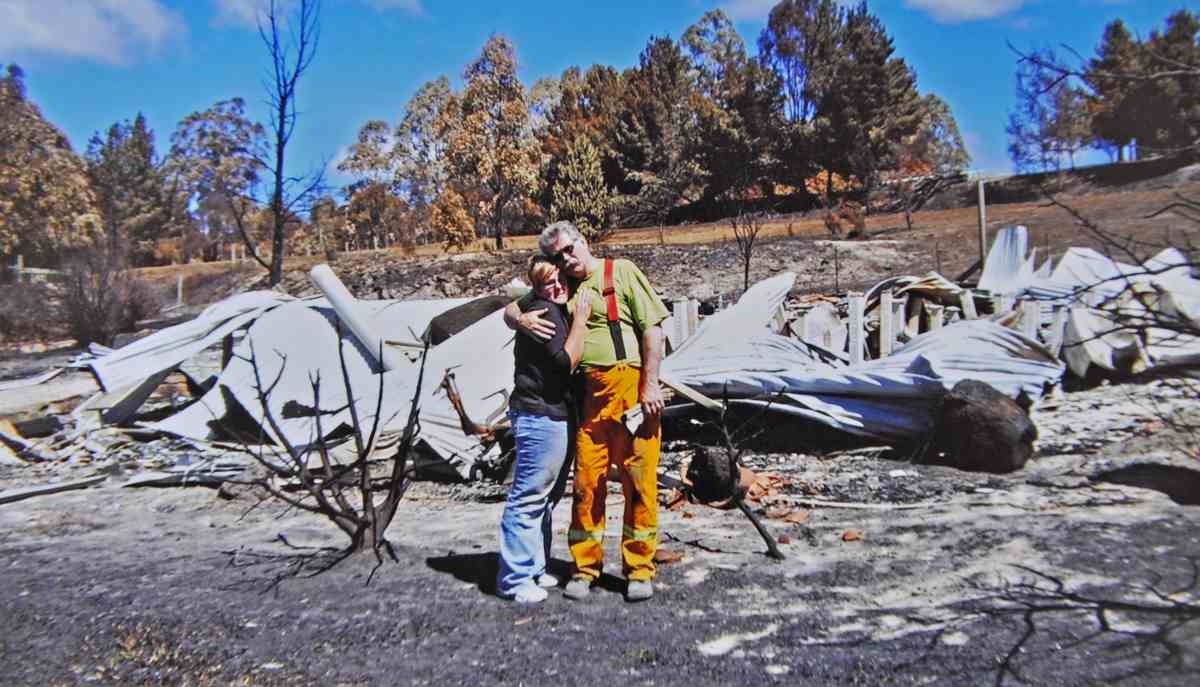 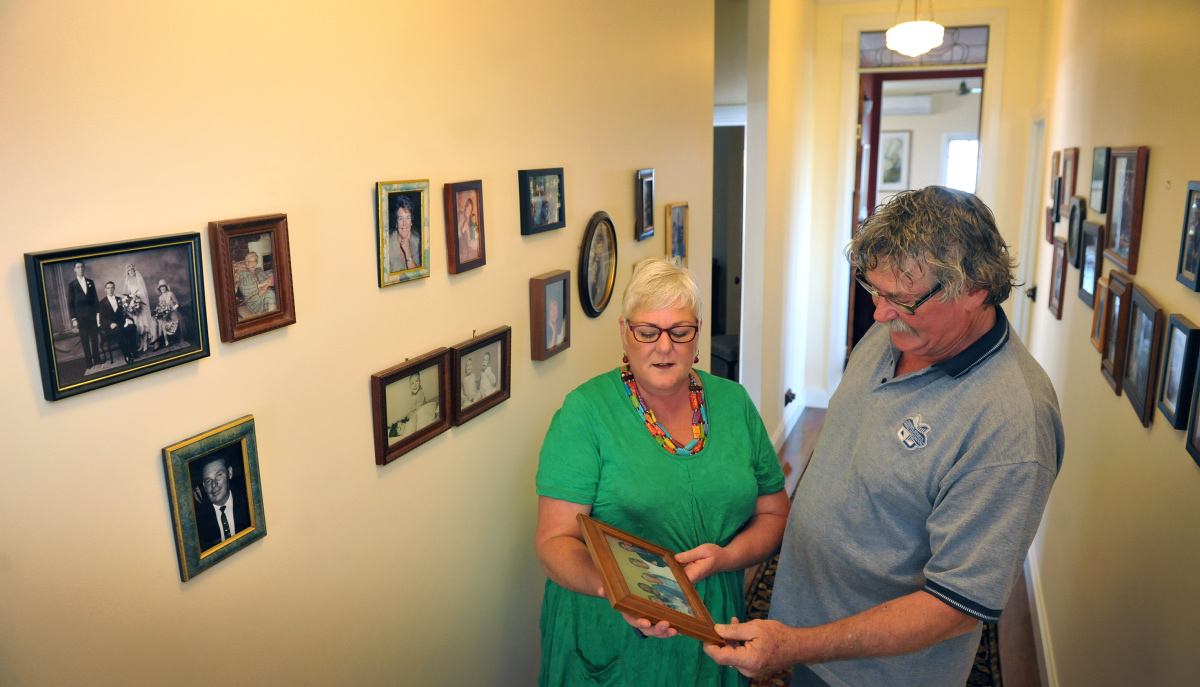 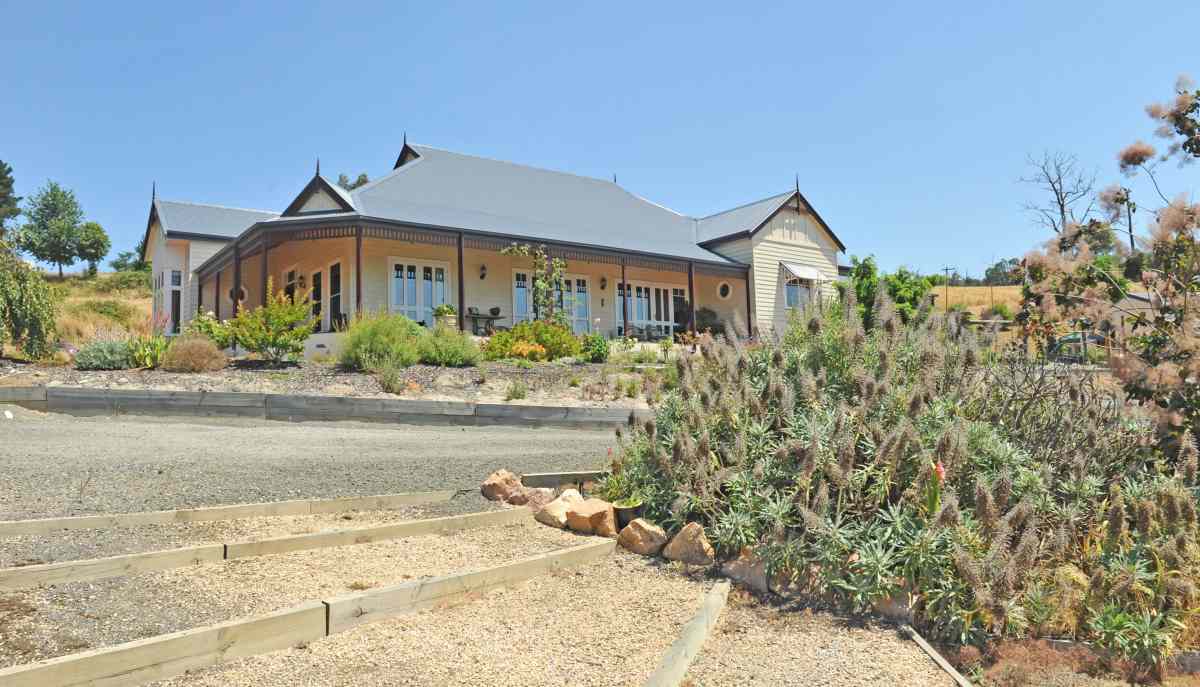 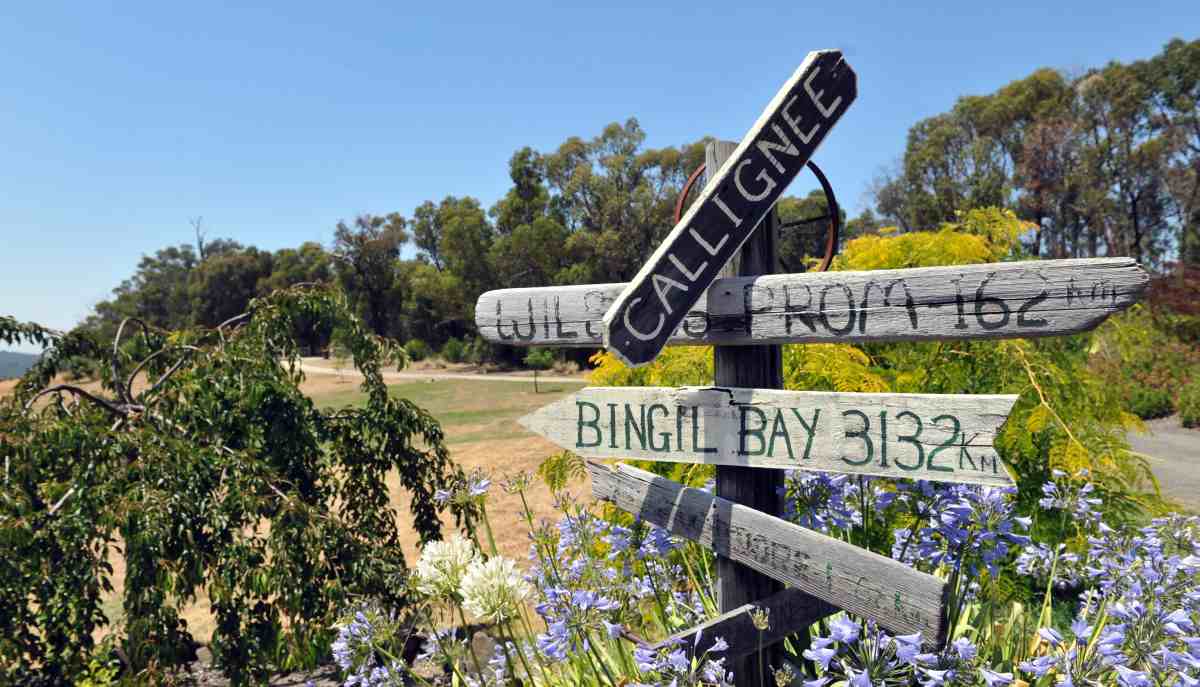 Ken Taylor often finds himself in his shed, furiously searching for a tool he’s sure is around somewhere.

And then he remembers.

And then she remembers.

Some precious family photographs are all that remain of Ken and Lucinda’s pre-fire possessions.

They now line the hallway walls of the couple’s new Callignee home as the pair settles into life after the destruction.

“Everybody has a before and after bushfire life,” Ken says.

“When you have a conversation, it’s ‘before the fires, or after the fires’.

“You’re talking to a bloke about a handsaw or something and you say, ‘oh I had one of them before the fires’.”

In the dark disruption, Ken and Lucinda went six hours not knowing whether the other had survived.

Ken, a CFA volunteer, had left to fight the fire soon after it started near Churchill.

His crew was the first to arrive in Callignee.

“I was numb. Absolutely numb.”

Once the fire started to approach the house, Lucinda made the decision to leave.

“My mother died before the fire and we had her photos out to do a family wall and that’s the only reason I got those photos out,” Lucinda said.

The sky was dark and the white lines on the road had melted away.

Lucinda reassured herself as she drove down the hill to Loy Yang, where 70 other cars were waiting.

Ken was told by a neighbour his house had not survived.

The pair was eventually reunited in Traralgon about 3am, where they stayed with friends.

Gardening has played a pivotal role in the Taylors’ recovery, with horticulturist Lucinda beginning almost immediately.

“I went to Kmart to get a few things on the Sunday morning and the first thing I bought was three punnets of petunias.

“That was my way of getting over it I suppose.

“The garden I think is probably what got me back here. I didn’t know whether I could come back.”

Their home and extensive garden is a great source of pride for Ken and Lucinda, who say they have “made the decision” to move forward.

The couple has an overwhelmingly positive outlook, despite the challenges they have faced.

They say they are closer than ever and consider themselves lucky to live in such a generous community.

Lucinda recalled the generosity of Traralgon woman Margaret Coburn, who after meeting Lucinda in a doctor’s waiting room on the Monday after the fire, gathered a car-load of donated goods for the couple.

“Both Ken and I had to learn humility, because we’re both givers,” Lucinda said.

“’They’re hurting just as much as we are, because they don’t know what to do’.

“All of Australia was just feeling the pain and it was very hard to learn to take. I think that’s the biggest lesson for both of us.”

The pair plans to spend tomorrow in quiet reflection and celebration of their achievements.

“We’re very proud of what we’ve done and where we are,” Lucinda said.