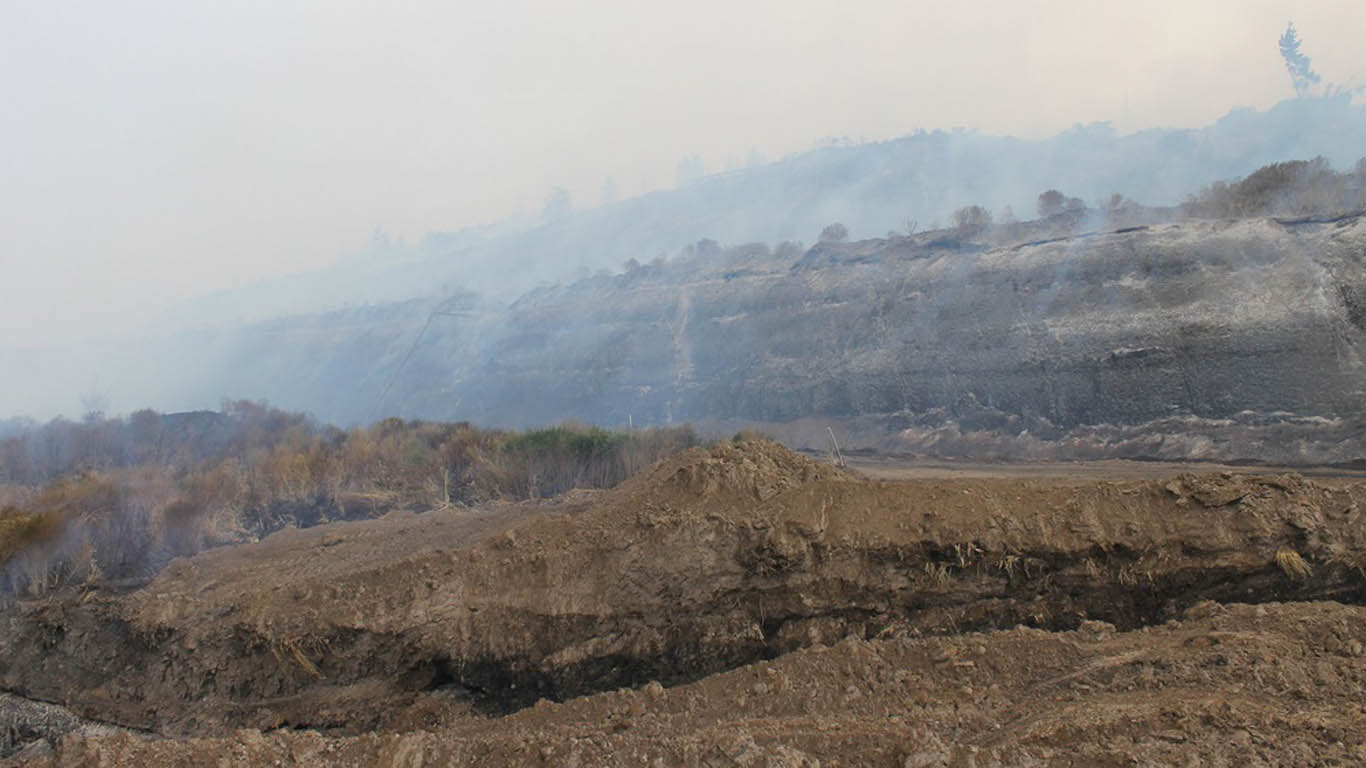 A Gigantic crack has appeared in Hazelwood open cut’s southern mine wall, stretching 200 metres diagonally across the burning stretch of coal batter.

A 100m exclusion zone remains in place around the crack site, set up after the rupture – 2.5m wide and at some points 10m deep – was discovered on Thursday.

Incident controller Bob Barry said he had been informed by independent geotechnical experts at the weekend Thursday’s cracking was a normal part of the mine behaviour, and the movement had not threatened any vital mine or power station infrastructure.

“There are some sprinklers and monitors working in that area keeping the critical infrastructure in that vicinity in check,” Mr Barry said.

The movement occurred amid raised concerns for the integrity of the mine’s northern batter, which runs adjacent to Princes Freeway, some 150m from the mine wall perimeter, where a separate fire is burning.

The same section of freeway was closed for seven months in 2011 after cracks appeared in the road surface after heavy localised rains.

“We’ve been advised that the northern batter is okay also – there were some teams responding to reports of a crack (in the northern batter) last week, but it was not an issue and there is no threat to the highway,” Mr Barry said.

VicRoads has also been monitoring for signs of movement along the freeway since the enormous mine fires began on 9 February.

In a full page advertisement taken out in today’s Express, mine manager GDF SUEZ Australian Energy said cracking was common in the coal joints amid the presence of heat and water.

“GDF SUEZ is working with a team of geotechnical engineers to not only monitor the crack in the southern area, but all coal surfaces which remain alight or have been affected by fire,” the company said.

“Geotechnical engineers are monitoring and working with firefighters to progressively cool the affected area allowing for remediation works to take place.

“Our technical advice is that this crack can be effectively managed.”