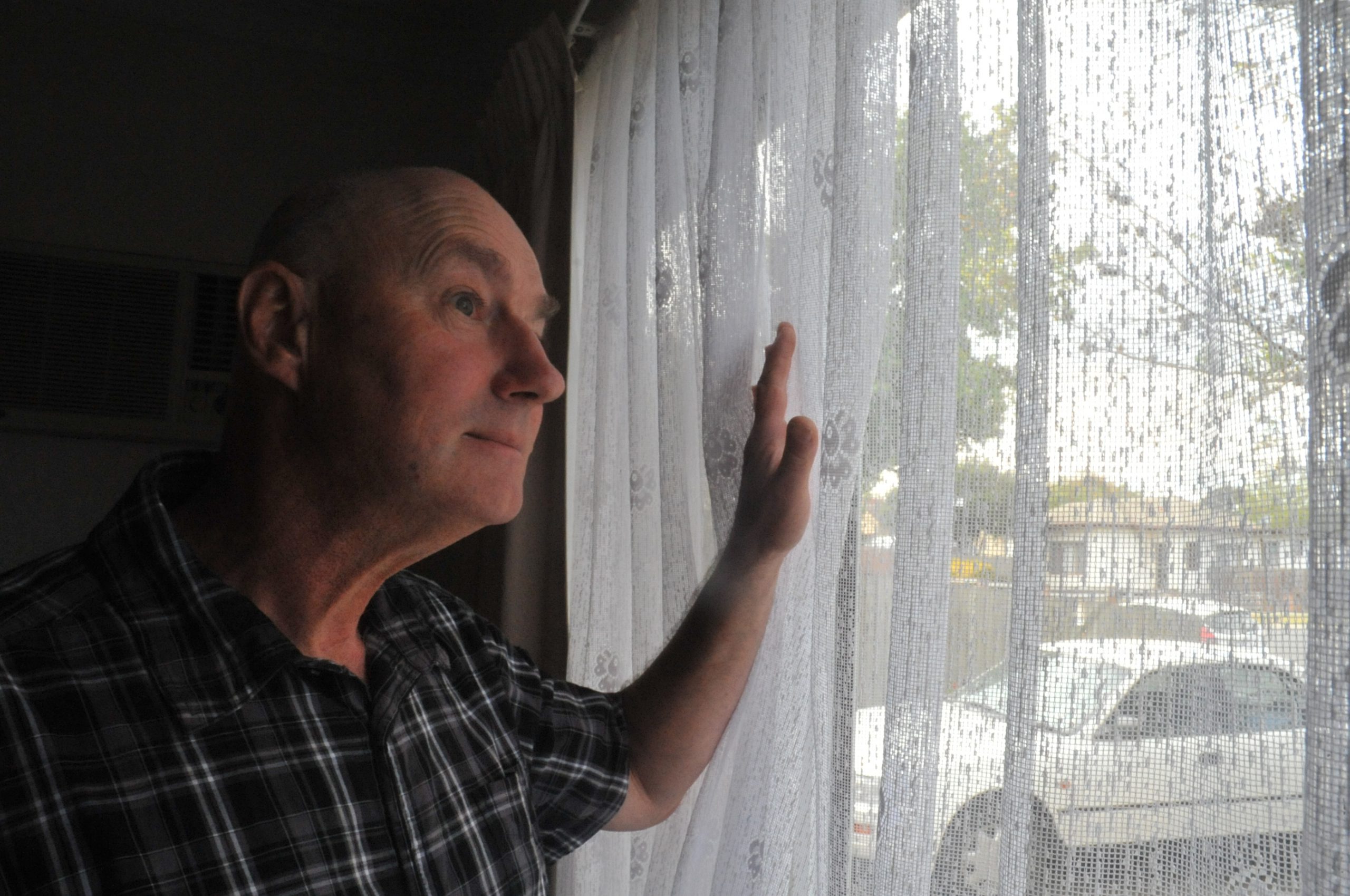 Before the choking waves of smoke engulfed Morwell, the asbestos related scarring in John Turner’s lungs felt at times like knives in his chest.

Now every time a southerly wind pushes smoke from the burning Hazelwood mine batter over Morwell, Mr Turner’s condition, known as ‘pleural plaque’, is torture.

“Depending on how much scarring you got on the plural lining around the lungs it can be a pretty painful condition, and I’ve got a fair bit of it,” Mr Turner, a former power station worker, said.

“Normally my symptoms are sort of like stabbing pains in your lungs every time I breathe – but now instead of just infrequent attacks it’s more of a regular ongoing thing.

“I’m not employed so I can’t afford to escape anywhere so I just have to endure this.”

Mr Turner described the sensation as multiple stitch pains throughout his lung system.

The pain often keeps him awake, but when he wakes from eventual slumber the discomfort is “overwhelmingly bad”.

“Every time I wake up it’s sort of like being crushed – it’s like something is crushing your chest, maybe there’s a fluid build up or something but it canes me,” he said.

Beyond his condition, Mr Turner fears for the long term health of the Morwell population.

“The authorities are saying there doesn’t appear to be any long term dangerous effects from the smoke, but how can you trust that?” he said.

“There’s still a lot of questions here about the health implications of this – people in Morwell and the Valley have already had to put up with years of emissions from power stations, so I really do wonder what this is going to do.”