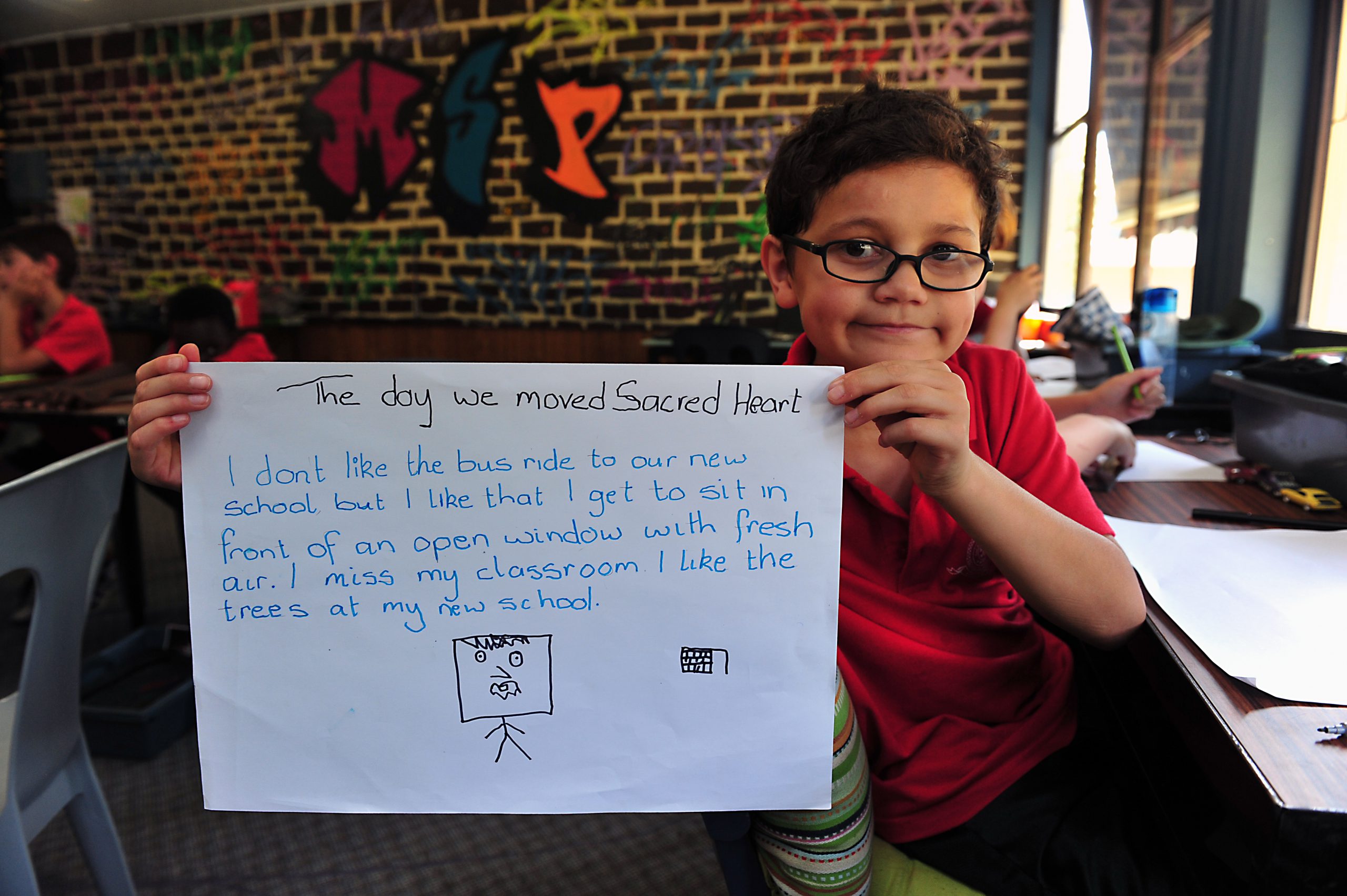 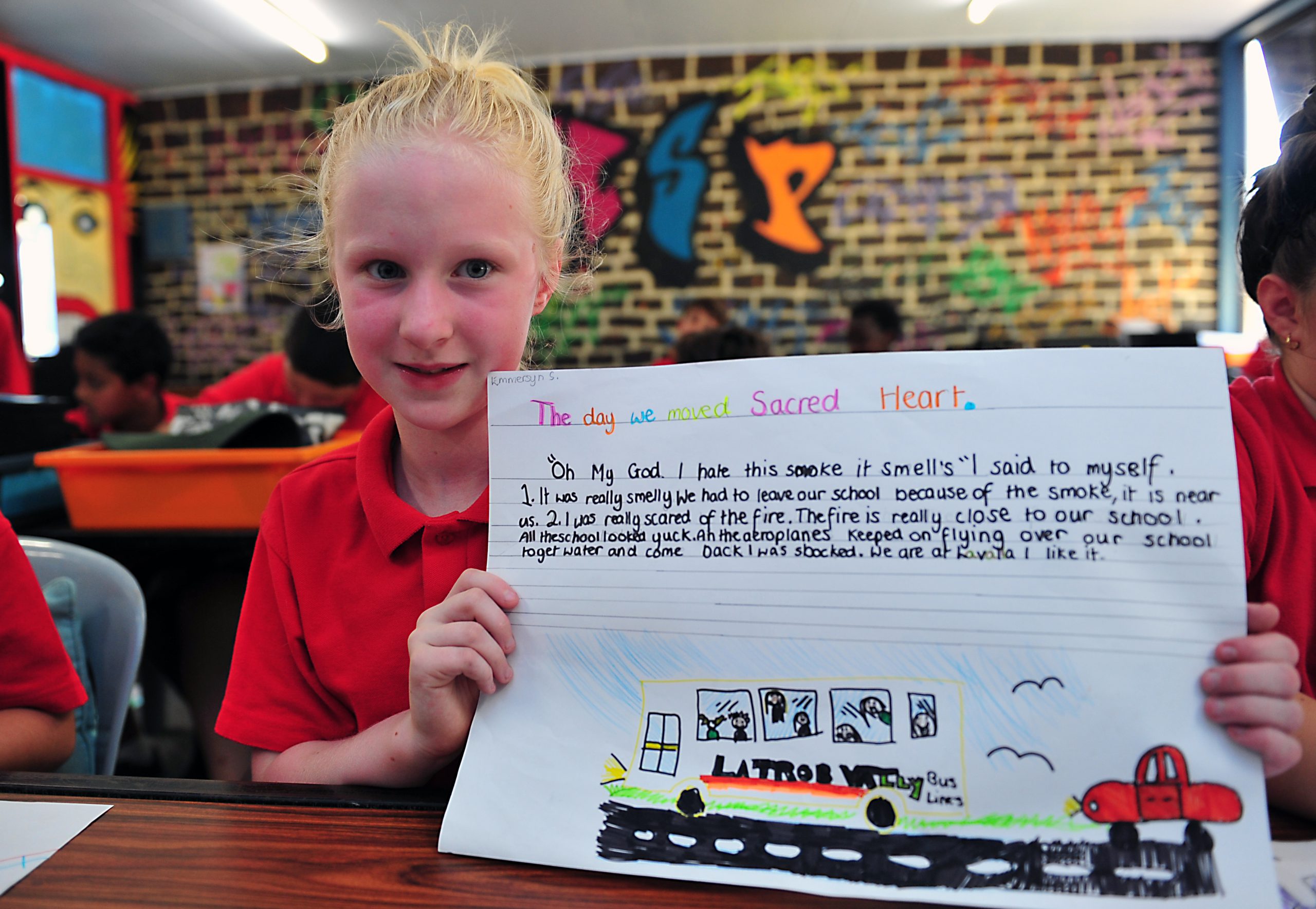 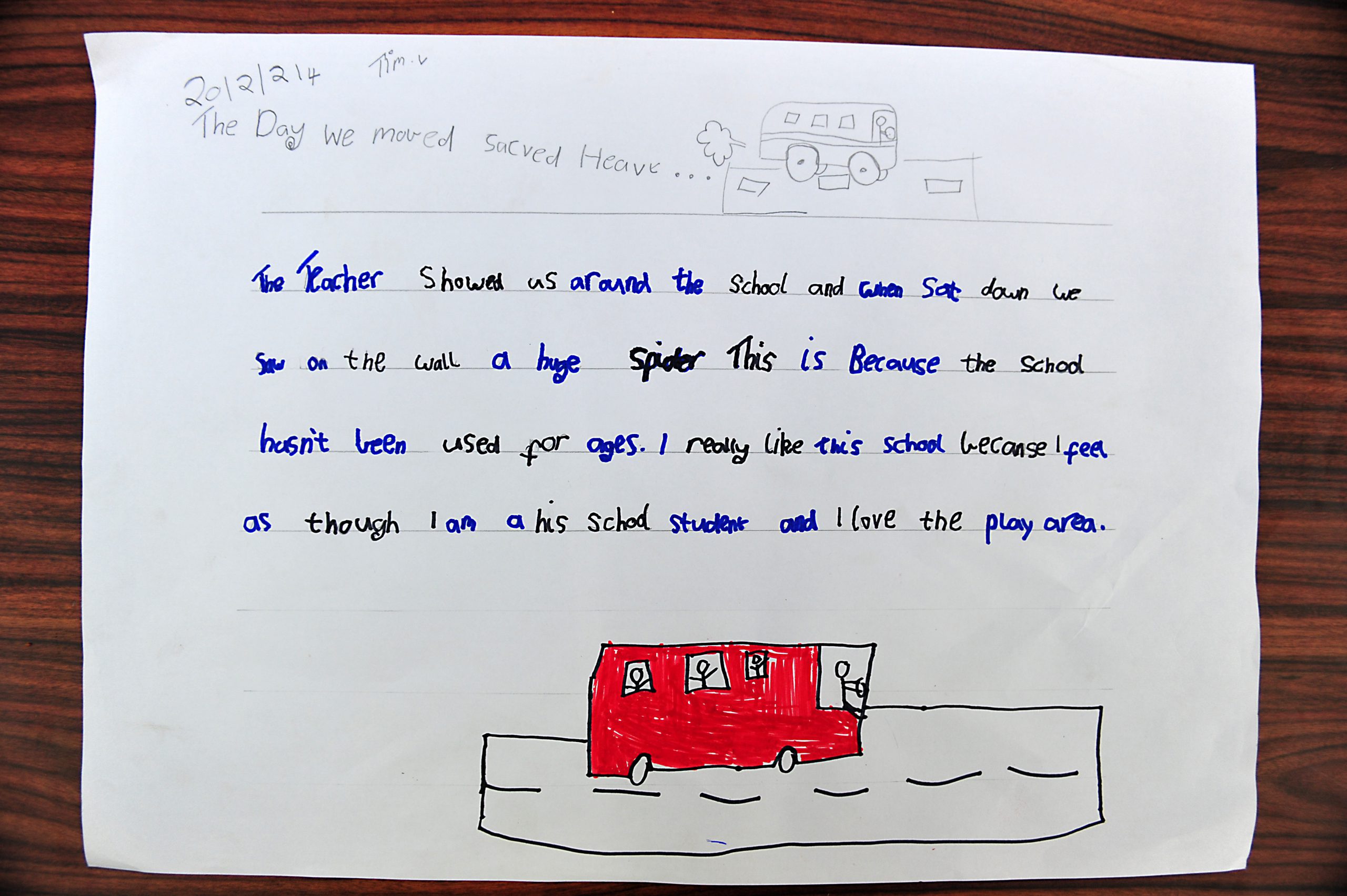 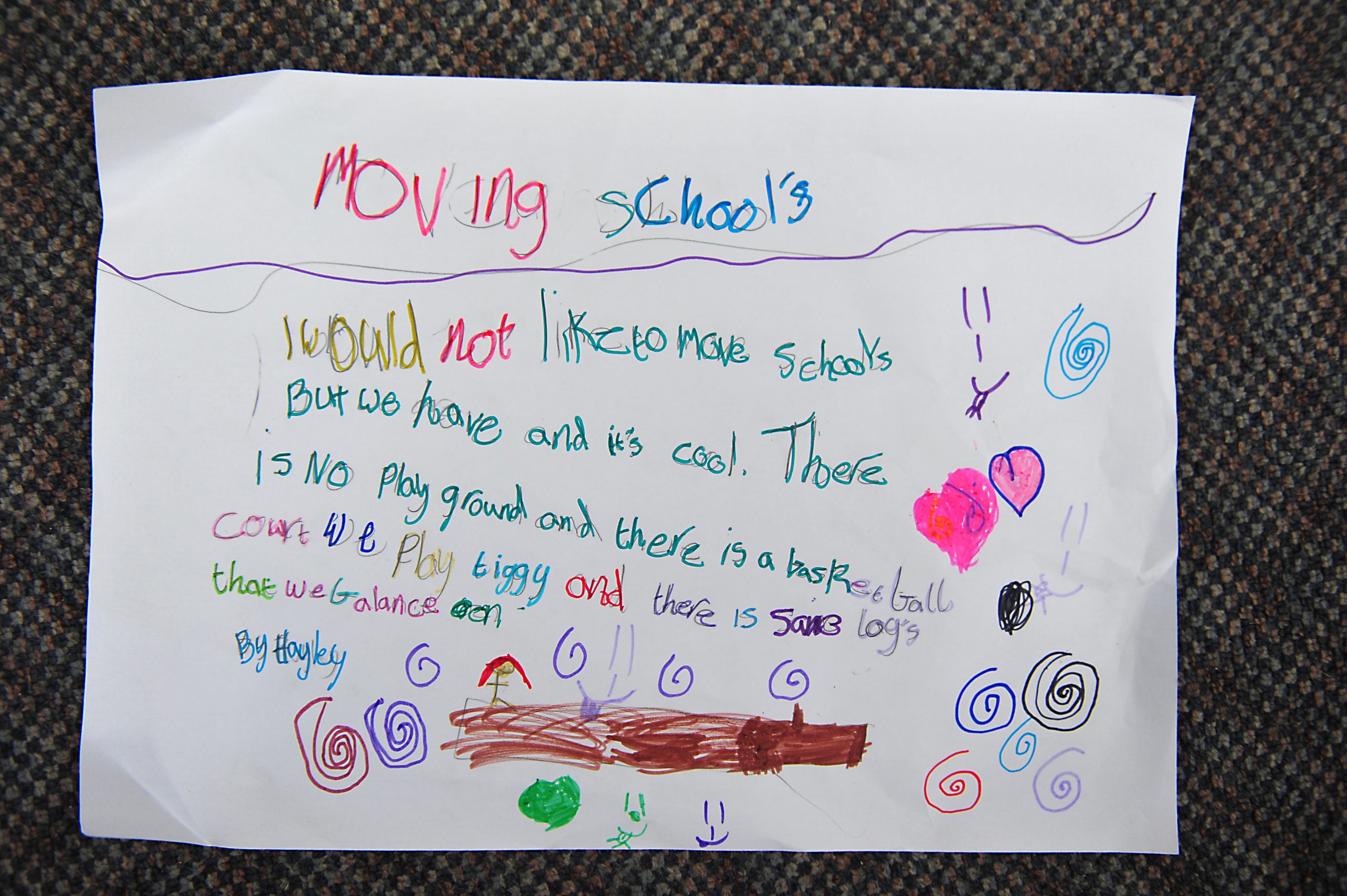 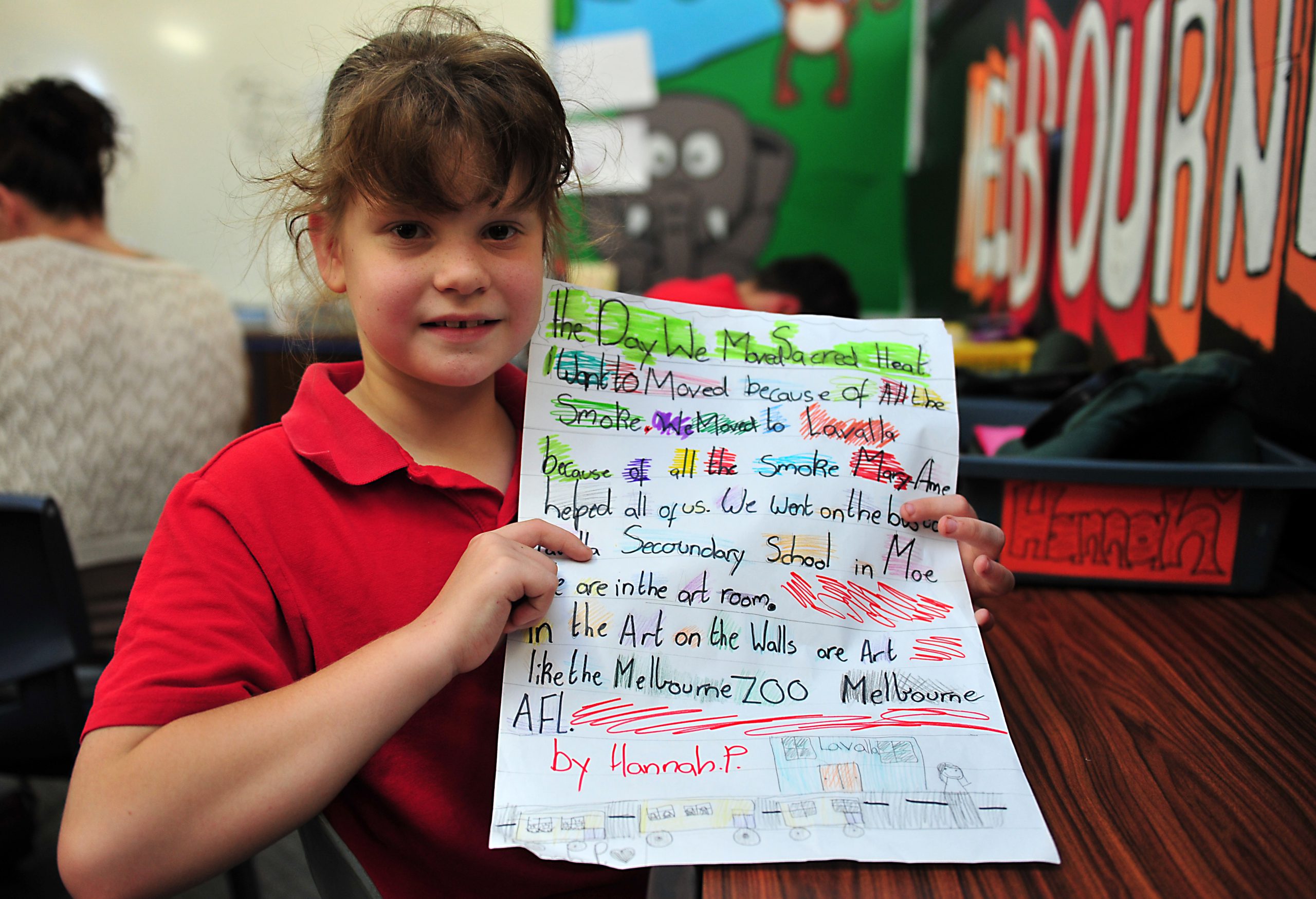 Sacred Heart Primary School students who relocated from Morwell to Newborough because of the smoke crisis have put texta to paper to express their feelings.

Classes from the Catholic school on Commercial Road were shifted to secondary school Lavalla late last week and grade four/five teacher Tricia Hicks asked students to write and draw about their experience.

The children’s stories include feelings of fear and apprehension, along with acceptance of their new surroundings.

Student Emmersyn Smith wrote of how she hated the smoke and feared the fire.

“I was really scared of the fire. The fire is really close to our school,” she wrote.

Hayley Ballard told The Express on Tuesday she felt “warm and comfortable” at Sacred Heart and when the classes moved she felt “uncomfortable”.

“I didn’t want to leave Sacred Heart,” she said.

“Since being here I’ve felt good ’cause I thought none of my friends would be here but they are.”

Temuera Ruha said he missed his old school playground, but Lavalla had a “big oval”.

Ms Hicks said the pupils had generally coped well with the move.

“They benefited from just being able to express themselves and knowing it’s okay to be apprehensive,” she said.

“They’re far happier here, they can run around.”

Ms Hicks said many of the students saw the experience as a way to get a taste of secondary school and chose to keep their desks in rows for the full experience.

“This is something they will remember for a very long time,” she said.

Students are bussed to Newborough from Morwell each day.

The arrangement is expected to continue until the smoke crisis ends.