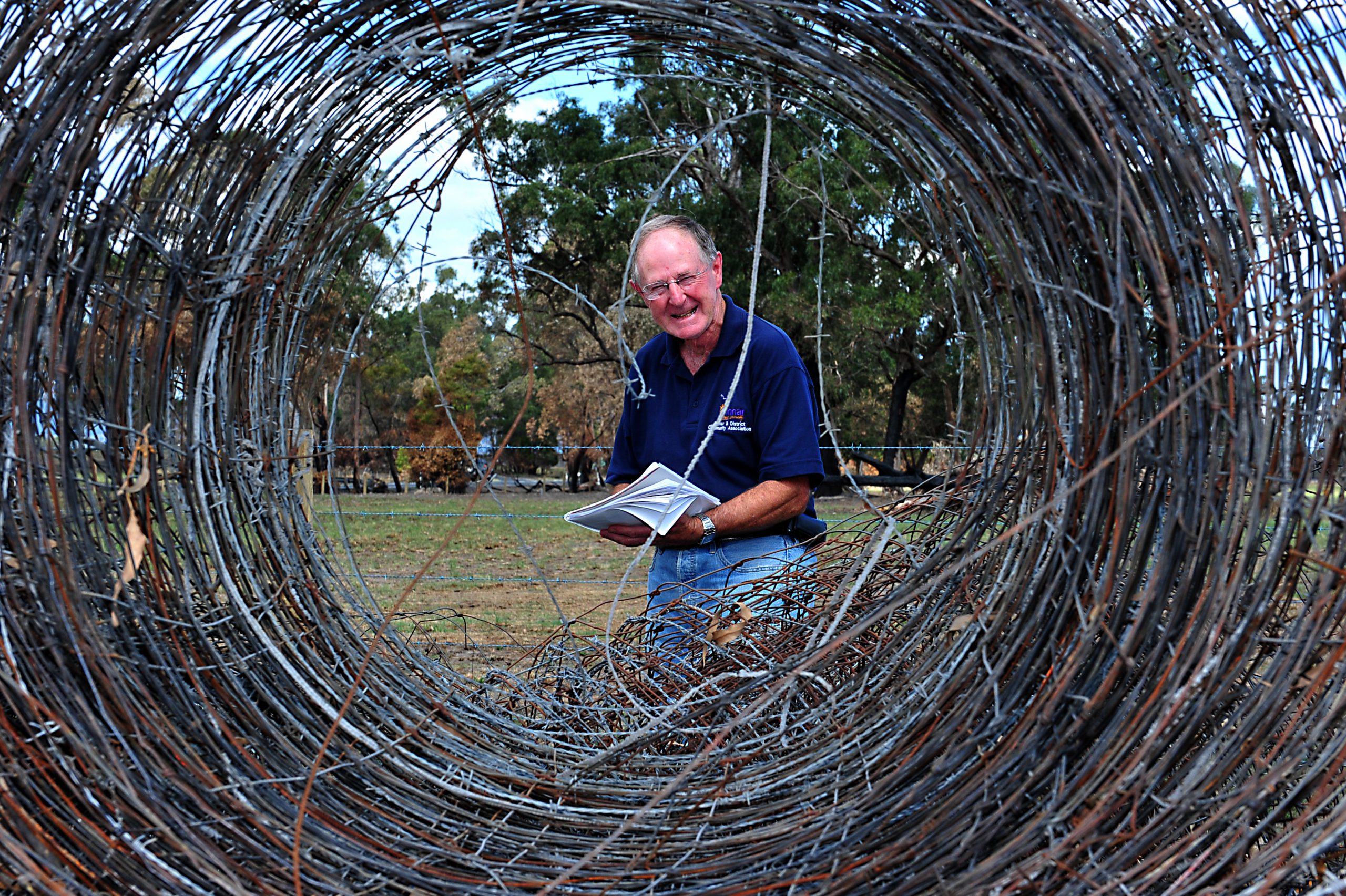 AS firefighters continue battling the blaze at Hazelwood mine, the effects of the Driffield fire are still felt in the Yinnar community.

Yinnar and District Community Association is leading a community effort to see boundary fences singed in the fire on 9 February, reposted and restrung with barbed wire.

The association has had work teams each weekend since the fire and has so far replaced almost four kilometres of boundary fence line near the corner of the Strzelecki Highway and Thorpdale Road.

Mr Harris said within a few days of the fires, the association was asked by Latrobe City to assist in a volunteer boundary fencing effort.

He said some were also members of Driffield and Yinnar Country Fire Authority, which had been blacking-out after the fires.

“We were only too pleased to try to assist where we could and it was clear that not only did we need volunteers, but while some farmers had some materials, there was a clear shortage of fencing material,” Mr Harris said.

He said the association had been trying to get donations of fencing material or materials at reduced prices to make it easier for farmers to get boundary fences replaced.

Mr Harris said he was not involved in the community effort after the Delburn fires and did not know what to expect.

“I’ve been very grateful for the response. We’ve had a number of organisations that have responded so far to our request and I’m continuing to spread the word,” Mr Harris said.

To helps in the volunteer effort, donate fencing materials or make cash donations, phone John Harris on 0431 972 672 until Saturday.

Yinnar and District Community Association president Herb Smith will be the contact person following this date on 0428 631 577.