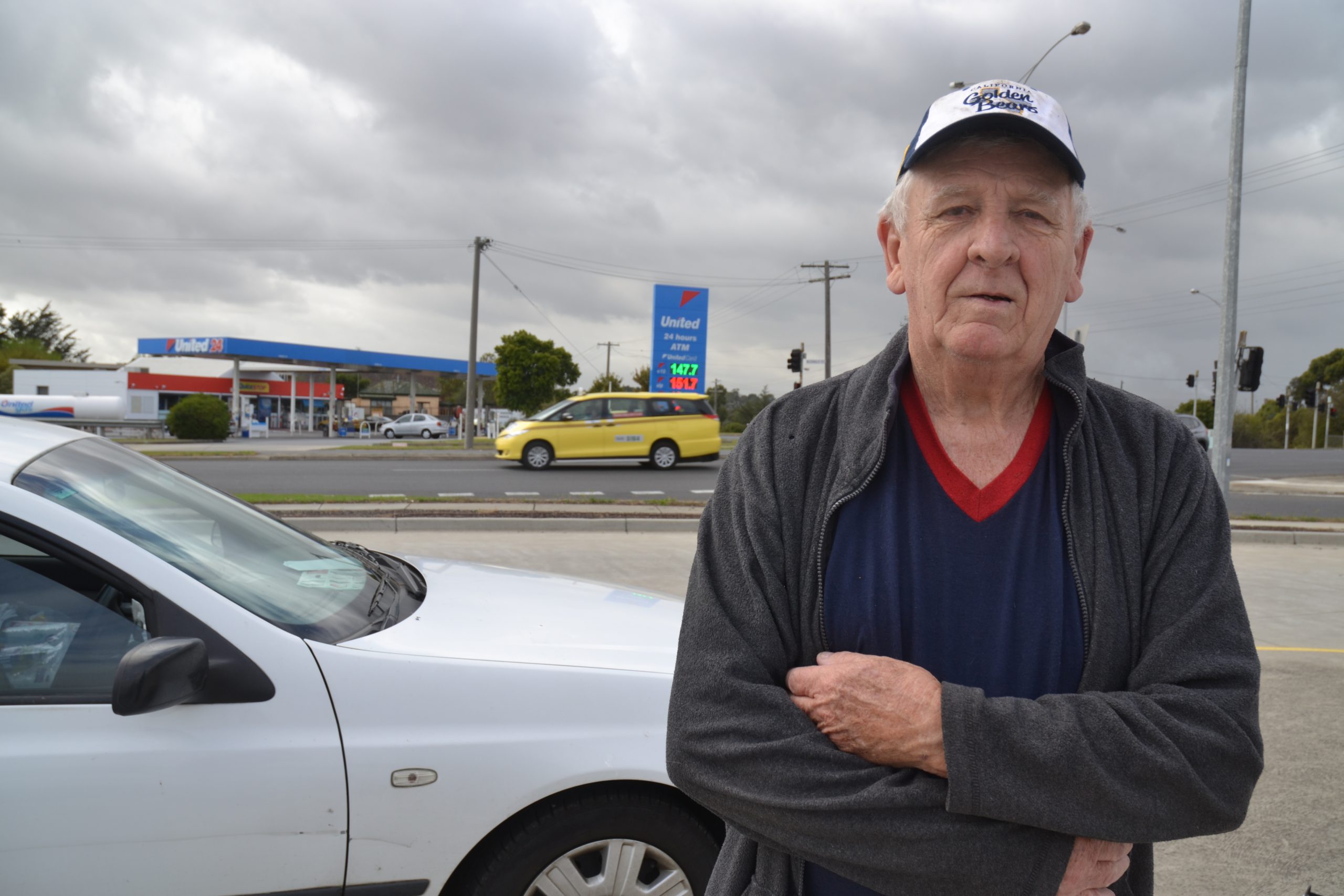 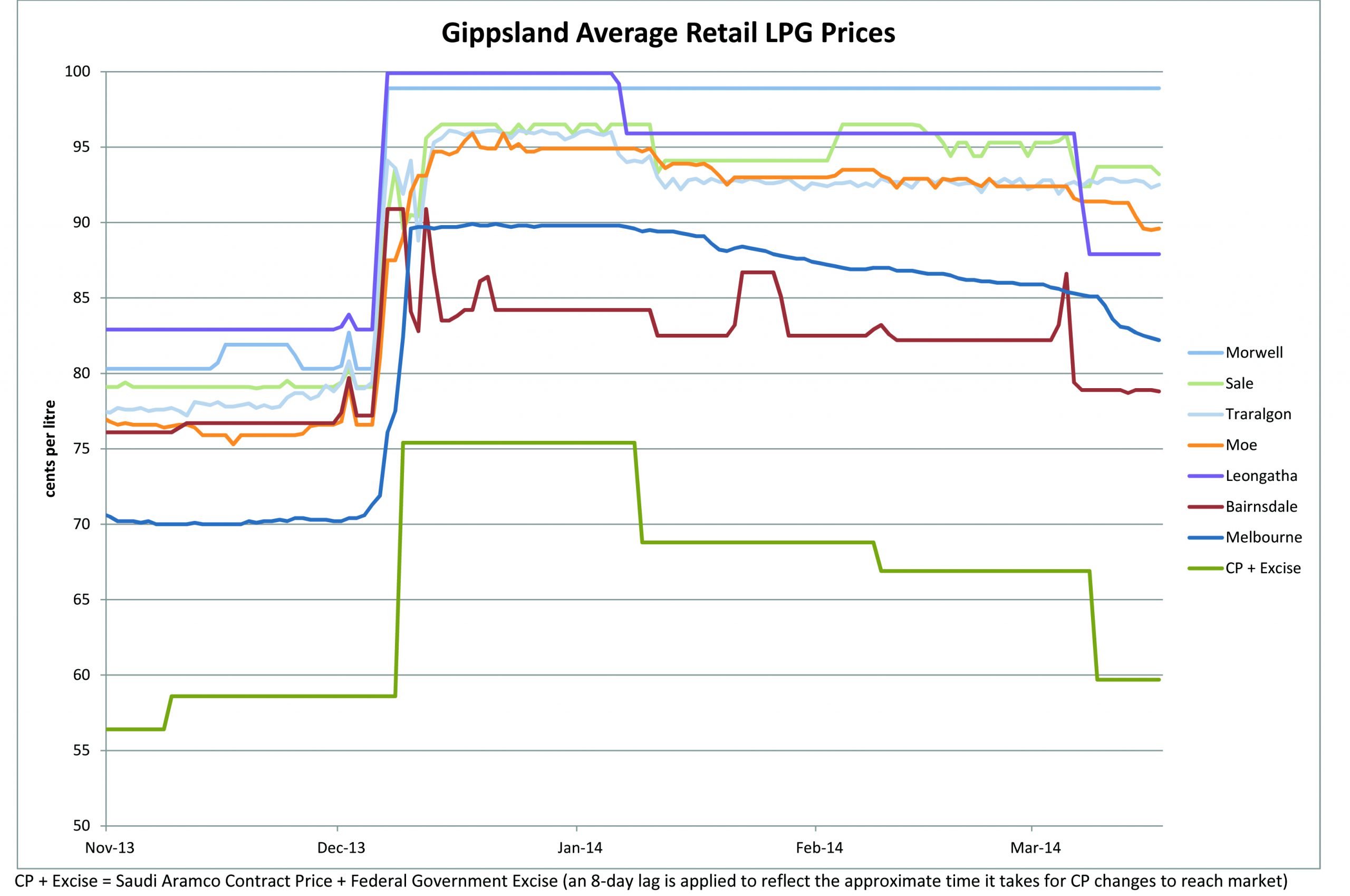 Morwell LPG drivers have been stranded with some of Victoria’s highest regional centre bowser prices.

Prices have failed to drop in the township since breaking the record one dollar mark in December.

According to new data release by the RACV, average Morwell LPG prices have remained static since reaching an all time high in December, despite a subsequent 25 percentage point drop in wholesale costs.

While LPG prices in Gippsland’s other major towns have loosely followed the recent downward wholesale trend, the cuts have failed to match the real cost decreases, leading to calls for the Australian Competition and Consumer Commission to investigate.

The data – commissioned by the RACV and collated by MotorMouth – surveyed the average LPG price from every Victorian town with three service stations or more.

As of Monday – Morwell’s average price remained at 98 cents per litre, while Traralgon had seen its average drop from around 97 cents during the December peak to about 93 cents, and Moe had dropped from about 95 to below 90 cents over the same period.

According to the data, the wholesale cost of LPG for service stations – a combination of the Saudi Aramco Contract Price and a Federal Government excise – had dropped from about 75 cents per litre in December to below 60 cents.

“What’s going on in Morwell can’t really be explained by anything externally – it’s certainly got nothing to do with the cost of transferring fuel, so it has to do with local factors and local competition,” Mr Case said.

United Petroleum operates two service stations in Morwell, however the company did not return a call from The Express for clarification on Morwell’s disproportionate prices.

Hazelwood North resident Brian Alton said he stopped filling up in the town years ago, despite it hosting the most convenient LPG bowsers.

“I only ever put some gas in here as a last resort – and even then it’s only a little bit to get me to Traralgon where I normally fill up now,” Mr Alton said.

“These poor Morwell locals are definitely being ripped off with this – it’s absolute ratsh*t and we have every right to be upset about this.”

However, Mr Alton said any remaining cost-competitiveness of LPG over unleaded petrol had been largely lost with the December spike, and said he now saw his dedicated gas vehicle as more of a financial burden.

“This issue has given me a lot of grief over the years,” he said.

Member for Morwell Russell Northe joined the RACV in calling on the ACCC to investigate the Morwell prices, and the wider failure of wholesale price reductions to be fully passed onto wider Gippsland bowser prices.

“This has been a really frustrating issue for me – I have written to ACCC on a number of occasions – but the response I have received from them has been one of describing they will not be inquiring further,” Mr Northe said.

“This price difference is not acceptable – there needs to be clear reasons why this is the case – but the ACCC have failed in the past to provide an adequate explanation to the community as to why they are not investigating and I would encourage them to do so.”

Mr Case said with looming changes to the LPG conversion incentive scheme, the ongoing high prices were threatening to undermine the LPG industry.

“We’ve already seen the high prices have an impact on the taxi industry and other businesses,” Mr Case said.

He said a proactive Morwell service station could win back market share if it lowered its bowser price.

“It only takes one service station to reduce the price of LPG to gain the advantage of increased demand, so in this scenario, it would be in their interest to lower their price,” Mr Case said.