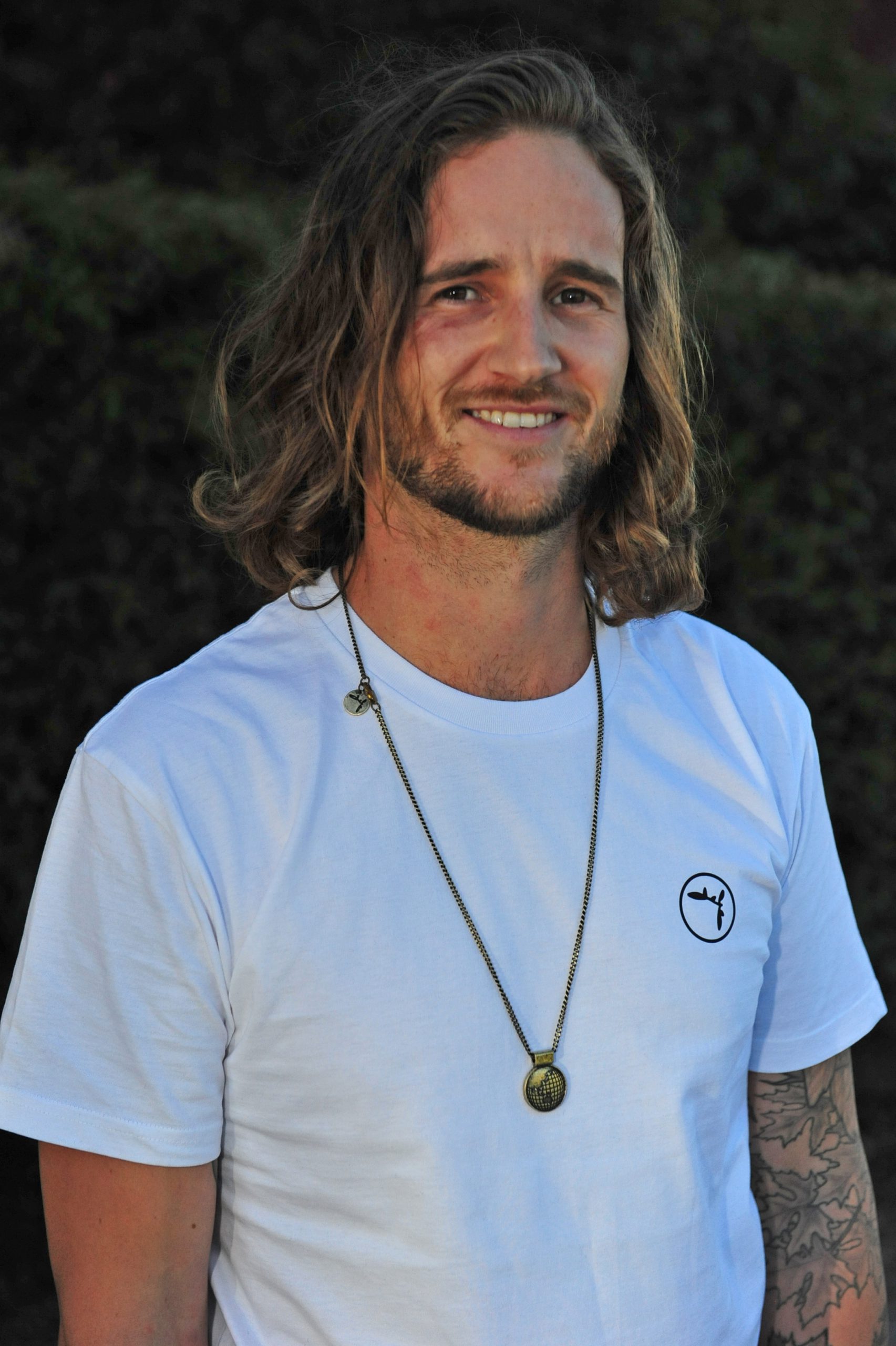 With a passion for men’s fashion, a Trafalgar designer saw an absence in the market for men’s jewellery when he was in high school and is still capitalising on it 12 years later.

In year 10, Patrick Skicko was interested in getting creative with his art projects and often produced obscure, clothing-based works.

Seeing a need for a clothing alternative to mainstream surf wear, Mr Skicko began designing his own Skicko branded t-shirts and jumpers and slowly built his brand up to jewellery and other clothing.

“I started designing in high school at Trafalgar. I did a jewellery course in Traf a long time ago and I did stuff for school for graphics and art projects,” Mr Skicko said.

Upon realising design had become more than a hobby to him, Mr Skicko designed a line of men’s jewellery.

“In the past it was just surfy brands with shells and shark teeth and really that’s not very cool,” he said.

“I’ve taken over from what you used to be able to get and I’m making it accessible for dudes instead of just having chick jewellery all the time.”

Hitting his target market at full speed, Mr Skicko has branched out from online sales to stocking his jewellery in stores across Victoria, Tasmania and Queensland.

“It’s getting popular because I think I’m hitting the right target market; there’s not a lot of men’s jewellery around for the everyday guy, the modern guy who dresses well,” he said.

“In the last couple of years I’ve really honed in and made fully custom items.”

Constructing his jewellery items by hand, Mr Skicko said he liked to make as many of his products as possible.

“I design it all, I did a little bit of graphic stuff at an art school and I design it on a computer and have it made and then I hand-construct it here,” he said.

“I do all the joining and all the links myself so it’s done to a pretty high standard.”

Mr Skicko urged other young Latrobe Valley designers to try their hands at making their own items.

“You’ve got to open your eyes up and have a look around, there’s not a lot of options as far as the Valley is concerned in men’s fashion,” he said.

“I think having the work ethic of a Gippsland person has helped and now I’ve got that drive to work hard for it.

“Just keep going, it’s all that it comes down to. I’m still going and I’m not where I want to be just yet with it, but keep going or someone else is going to get rich off it.”