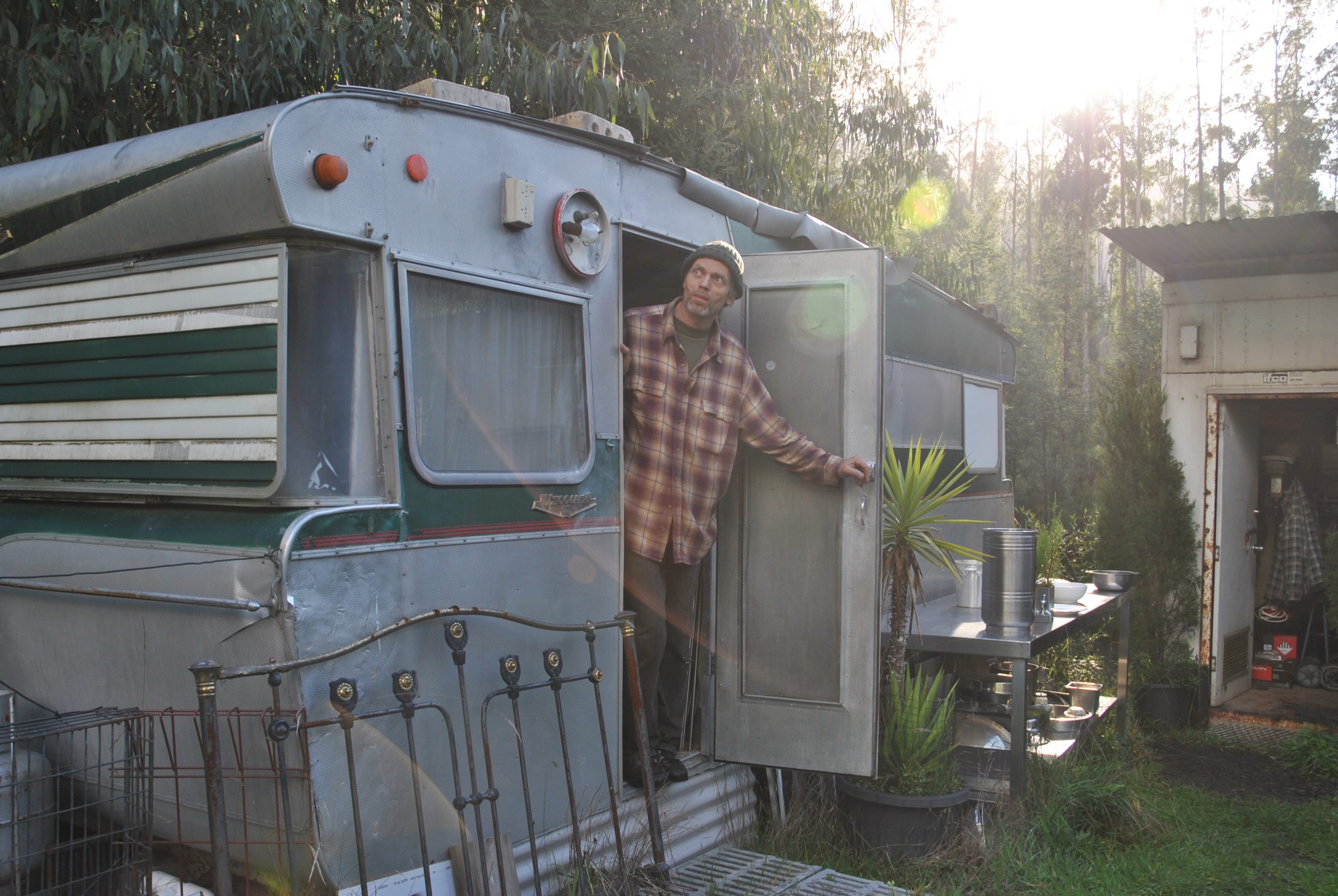 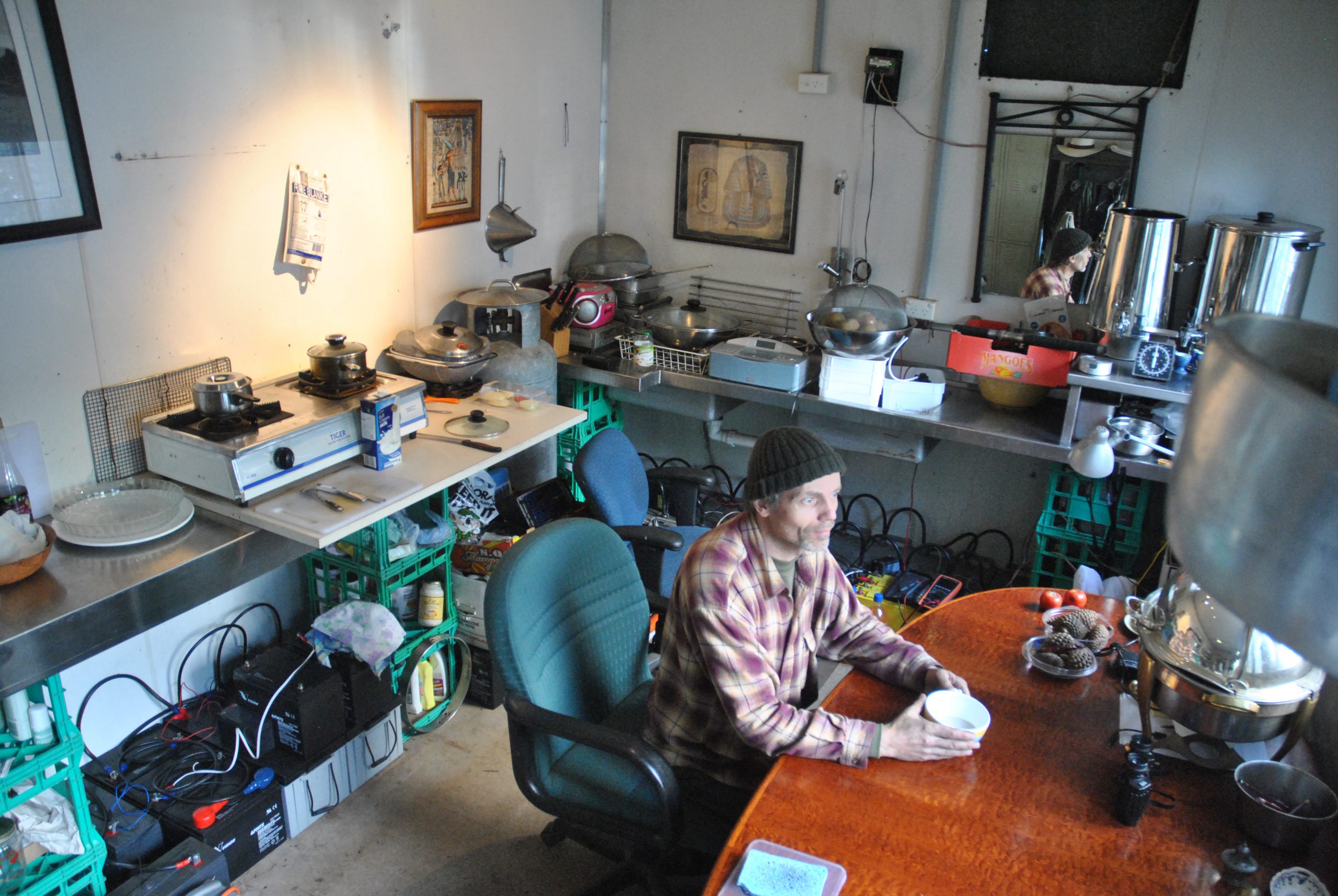 A Koornalla man attempting to rebuild after the Black Saturday bushfires, targeted by serial thefts on his property, has accused the Traralgon police of ignoring his plight.

Michael Grasmann has been living in the northern slopes of the Strzelecki Ranges where he has for years been trying to gather funds and momentum to rebuild a home razed on the site in 2009.

While the site itself has undergone a five-year period of rejuvenation and renewal, Mr Grasmann and his wife remain at square one – this June will be another winter spent sleeping in a shipping container without heating.

“I definitely thought I would’ve been back on my feet by now; I just thought it would have been a matter of rebuilding, but it has been much more difficult than that,” Mr Grasmann said.

Running water, electricity, heating, a phone, and plumping have become distant memories, and with winter setting in, Mr Grasmann is once again preparing for what he hopes is his last winter confined to his shipping container.

When The Express visited Mr Grasmann, he had a layer of insulation wrapped around his legs, underneath his pants, to offset the chilly high altitude conditions.

“In winter we have to break the ice on the water before we can wash our hands and face in the mornings; we have icicles hanging off the ceiling above our bed in the container, which slowly melt and drip on the bed to wake us,” he said,

Initially attracted to the area’s stunning tranquillity, with hopes of establishing an alternative permaculture-based commune – the secluded location has created unexpected setbacks.

Mr Grasmann’s attempts to rebuild have been constantly hampered by a relentless string of brazen thefts from the property, and he has felt helpless to stop it.

In May 2011, Mr Grasmann returned to the property to find his car tyres slashed and windows smashed, after a failed attempt to steal it.

Mr Grasmann said he phoned Traralgon police four times, but no one attended to investigate.

In June 2011, a 20-tonne excavator had been broken into and driven off the property, smashing over the front gate and letterbox, and down the road where it was abandoned.

An on board touch screen computer and 2.5-tonne harvesting attachment, he was hoping to sell for $60,000, also went missing.

Despite claiming to have tracked down the thief – a local man who had shown earlier interest in buying the attachment – he said Traralgon police were of the opinion no crime had been committed.

Mr Grasmann said the following year the property was looted no less than 17 times.

“I find it hard to comprehend how people such as this vermin, who live in real houses with electricity, lights, fridge and heating, can come out here to steal from people like us who clearly have so little, and live in squalor as it is, leaving us with nothing.”

Mr Grasmann has continued to be targeted; as recent as April, while away from the property for an extended working period, the property was ravaged to the point of despair.

Shipping containers and his caravan/kitchen were compromised in a raid in which “absolutely everything” was stolen; from generators to clothes and food, gas bottles to fuel, solar panels to kitchen utensils.

“I had to sleep and work, cleaning up and repairing doors and windows, in the same clothes for a week because I had nothing to change into,” Mr Grasmann said.

Even the thermometer and mouse trap were taken.

Despite many calls to Traralgon police, they “simply refused to come out”; subsequent calls to Morwell police were more successful, who investigated the scene twice.

While Mr Grasmann remains strong-minded about the ordeal, he said he was flabbergasted at the apparent apathy about his plight from his nearest police station.

Despite being aware of Mr Grasmann, a Traralgon police senior sergeant declined to comment on the matter.

“In my opinion the police should be obliged at least to take a report and not just say ‘no, we are not interested’,” Mr Grasmann said.

“My wife’s completely affected by it, she’s really not coping with the situation, and I’m a bit disillusioned myself.”

The looting has only soured the destruction of 120 acres of an on site 34 year-old plantation in the bushfire, which would have been sold for harvest to help fund the build.

“That plantation would have been worth a fortune for us and would have really helped us get the build underway, and now with people stealing from us all the time, we’re broke – we’ve got no money to do anything anymore,” he said.