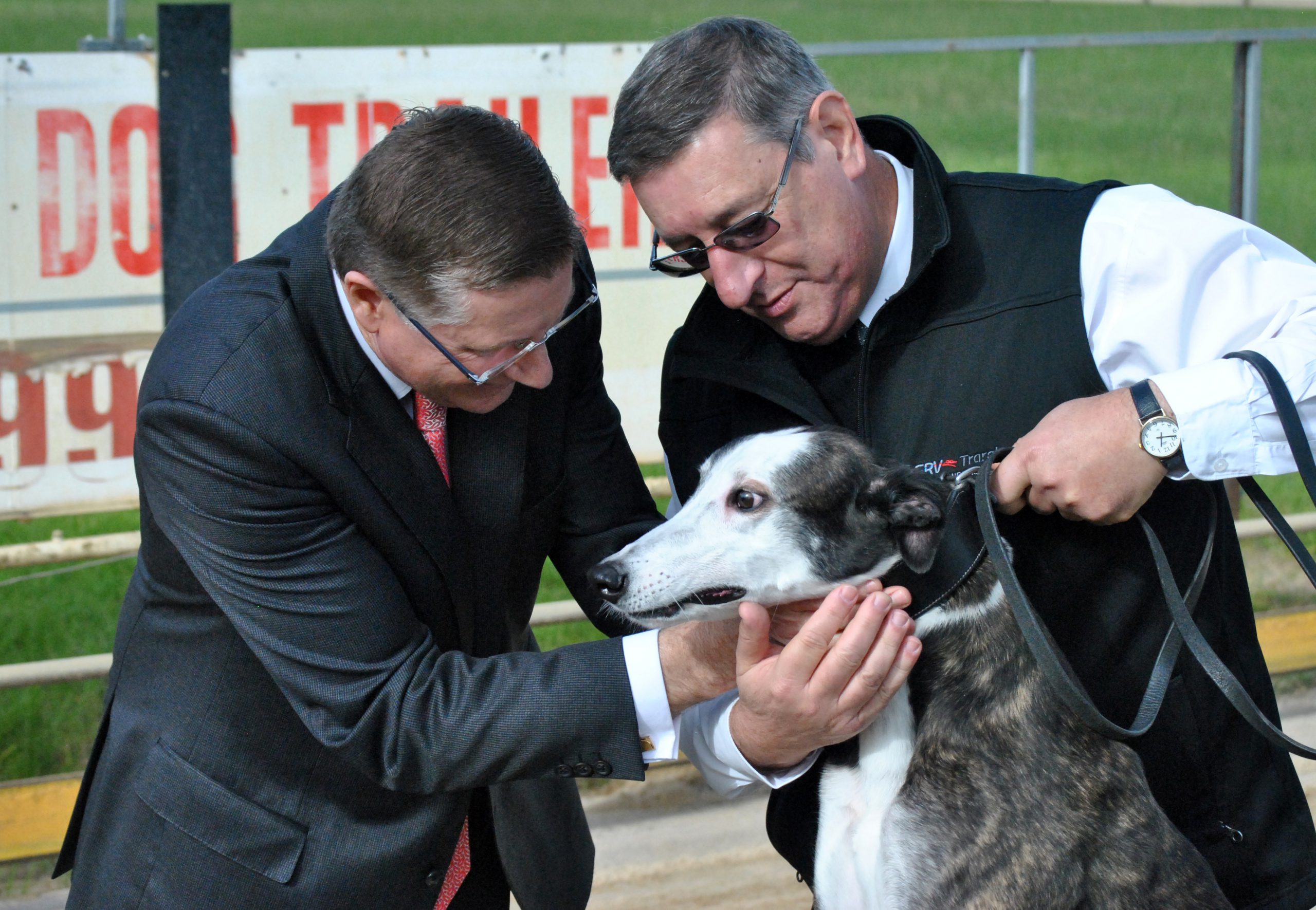 A 41-year wait has come to an end at Traralgon Greyhound Racing Club with an imminent $6.1 million overhaul of the track and surrounding facility to take place.

Premier Denis Napthine was on hand to announce the long awaited upgrades last week, which will see the old track ripped up and re-aligned from a north-south to an east-west orientation.

In addition to updating all existing infrastructure, a new standalone. 160-capacity pavilion will be erected next to the kennels, overlooking the new home straight.

The major upgrade will bring patrons closer to the action than ever before, transitioning from the current viewing concourse behind the thoroughbred racing barriers.

Dr Napthine said the outdated facility no longer met modern standards, and was long overdue for a makeover which would offer distances of up to 665 metres.

“It will give this club all the choices and options to provide for sprinters, young dogs, developing dogs and staying dogs,” Dr Napthine said.

On completion the two-turn track will emulate metropolitan equivalents in both surface and distance, offering better preparation for dogs and trainers looking to try their luck in the city.

With some 1350 participants in the Gippsland greyhound industry, club president Don Haley said the options for locals would continue to develop in line with the new facility.

“Traditionally Traralgon, being a two turn track similar in layout to the two big Melbourne tracks, has been a great nursery for young dogs,” Mr Haley said.

“Again with this new track it’s bigger, but nevertheless a two turns track, and should provide a safe track for greyhounds to learn all about the caper and go on to bigger and better things.”

Greyhound Racing Victoria chief executive Adam Wallish, whose organisation will contribute a bulk of the funds for the redevelopment, said his new administration panel deemed Traralgon a priority.

“This is an enormous boon for greyhound racing in this area and we think whilst we’ve got some very capable and profiled trainers and participants here, we think this will bring a lot more to this area,” he said.

“It will be a brand new track, the most modern facilities, the track surface will be quite different, the starting boxes will be brand new, there’ll be a lot of distances to cater for a range of greyhounds.”

The redevelopment will take six to eight months with a projected return to racing in early 2015.

The club will go on an extended hiatus in the interim, but Mr Haley said the process was necessary.

“That’s going to be a bit hard for some of the locals, who will have to travel a bit further, but it will all be worth it,” Mr Haley said.

“On a personal level it’s just great to see the joy of our members and committee people, not just this committee, but over the last six or seven years, it’s all come to fruition, that makes me happy, participants are going to be happy, it’s a win win really.”

The project will create about 25 jobs in the track redevelopment and pavilion construction phases.