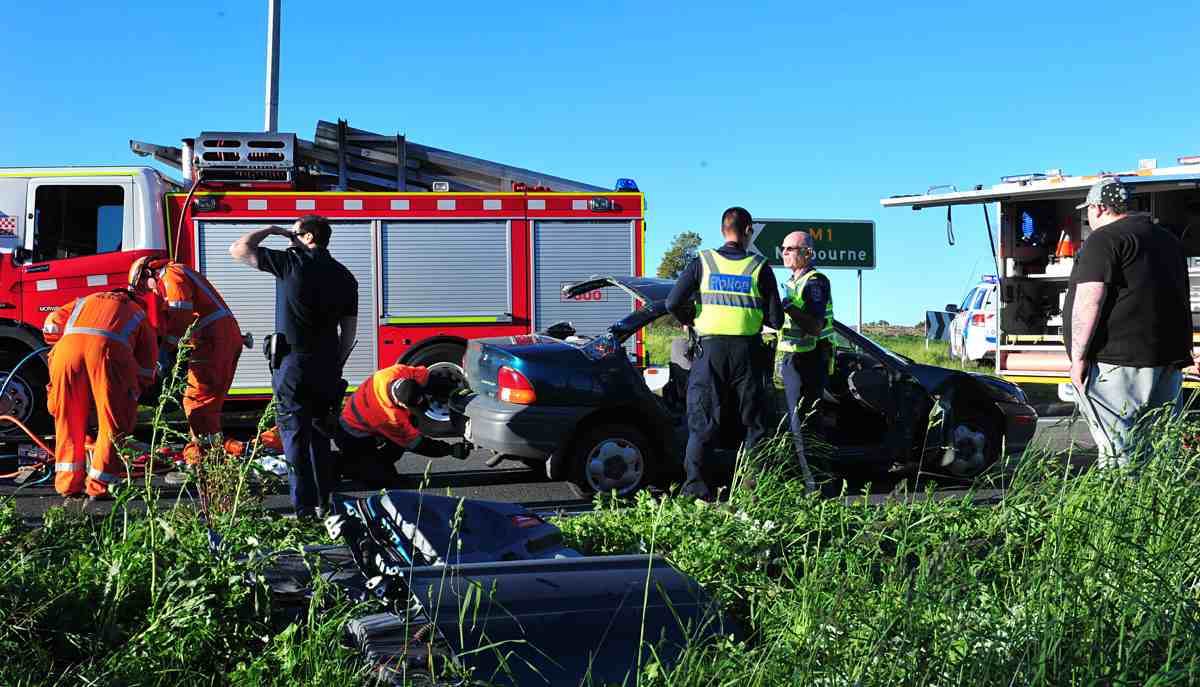 A WOMAN has been airlifted to hospital after two cars collided at the Strzelecki Highway and Princes Freeway roundabout in Morwell yesterday.

The 54 year-old Morwell woman was in the passenger seat of her 29 year-old son’s green Chrysler, who was driving the vehicle, when it was impacted by a white Nissan Patrol on the Strzelecki Highway, driven by a 31 year-old Traralgon man, at 2.40pm yesterday.

Police said the Chrysler spun 180 degrees after being impacted on the left passenger side.

The woman is being treated for possible spinal and chest injuries and was transported by helicopter to the Alfred Hospital, Melbourne.

“The message here today is, while the weather is fine today, this is the second crash I’ve been to today in relation to people just not looking and we have a serious collision,” Ldg Snr Const Nicholls said.

Any witnesses of the collision should phone Ldg Snr Const Nicholls on 5128 1130.