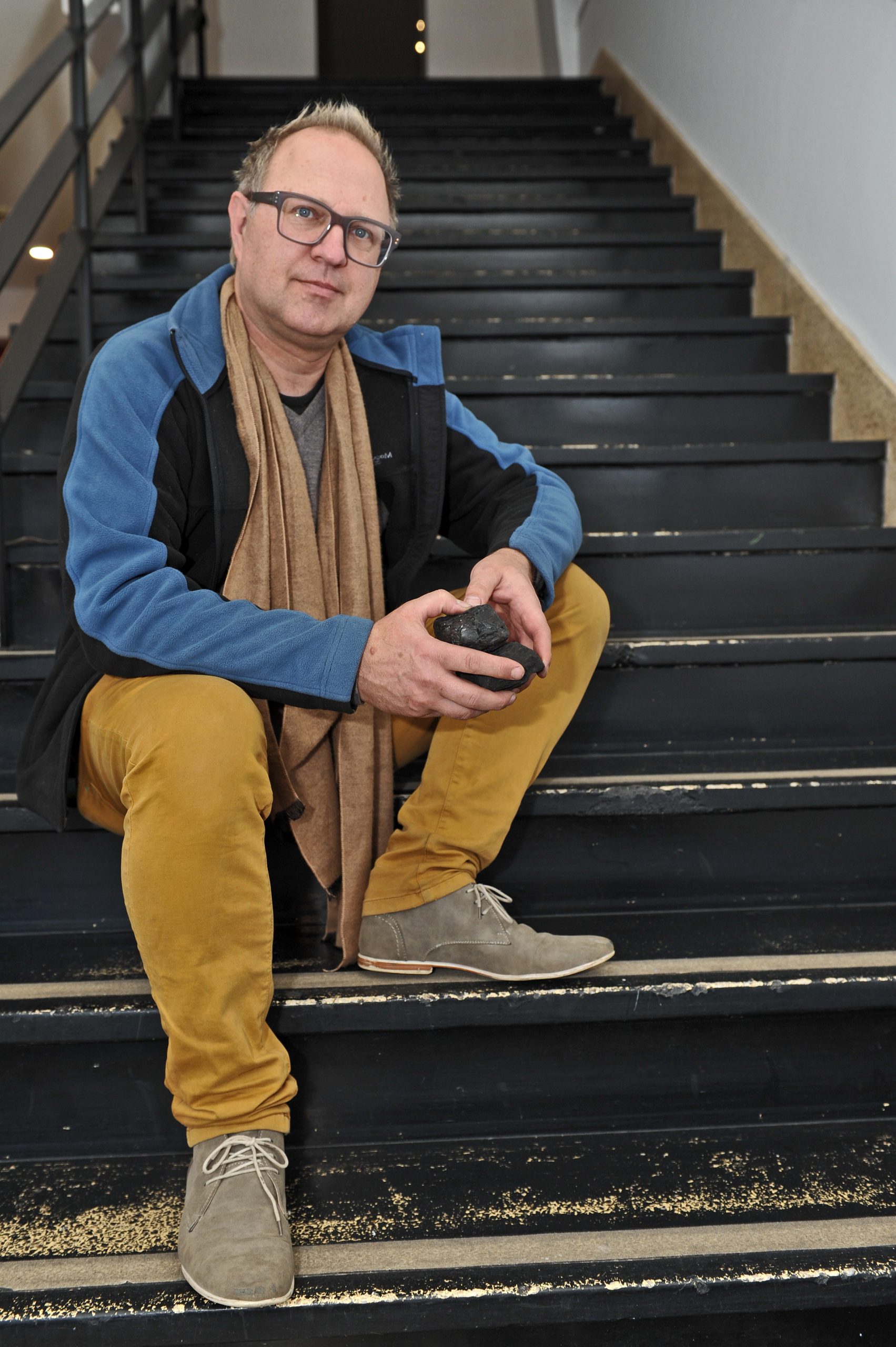 On Thursday, a Melbourne-based artist drove to the Hazelwood open cut mine to collect his material of choice for his latest sculptures and drawings – a carload of brown coal.

For Hartmut Veit, coal is not only a power-generating fossil fuel, but capable of capturing the stories of the Morwell community in the wake of the February mine fire.

“I’m trying to find a certain beauty in it too and pushing the material to what it can also do, rather than just seeing it as something that you dig up and burn,” Mr Veit said.

In the ‘Vibrant Matter’ community recovery project, to be launched this Thursday at Latrobe Regional Gallery, Mr Veit will use coal to create life portraits and abstracted sculptures of those affected by the disaster.

A broad spectrum of the community including firefighters, families, the elderly and working professionals will be interviewed as part of the work, and their voices and stories recorded to share their experience of the blaze.

“The first goal is to work with the community and facilitate a sense of healing and see how the community, five, six months down the track feels after what’s happened with the fire,” Mr Veit said.

Not foreign to the Latrobe Valley, Mr Veit received his Master’s degree in Visual Art at the Gippsland Centre for Art and Design, now part of Federation University.

The artist has also been in consultation with clinical psychologist, Rob Gordon who specializes in working with people affected by emergencies and disasters.

Mr Veit said people affected by disasters often didn’t have the language to deal with it.

“Through art, people start exploring something that they might otherwise stay away from. They can start developing the language around it, to better understand what’s actually happening’,” Mr Veit said.

However, he stressed the project was not a therapy session and hopes to capture the lingering issues that remain in peoples’ systems following the events.

“I hope what will come out is that people live in this community for different reasons and they see value in living here.

“It’s often forgotten when you go through a traumatic time – the good things.”

A free public information launch will be held on Thursday from 6pm to 7pm at the Community Information and Recovery Centre.

Free group workshops and individual sessions will be held on Wednesday, 13, 20 and 27 August and 3 and 10 September from 10am to 3pm.

Expressions of interests close today and can be made by phoning 5128 5700.