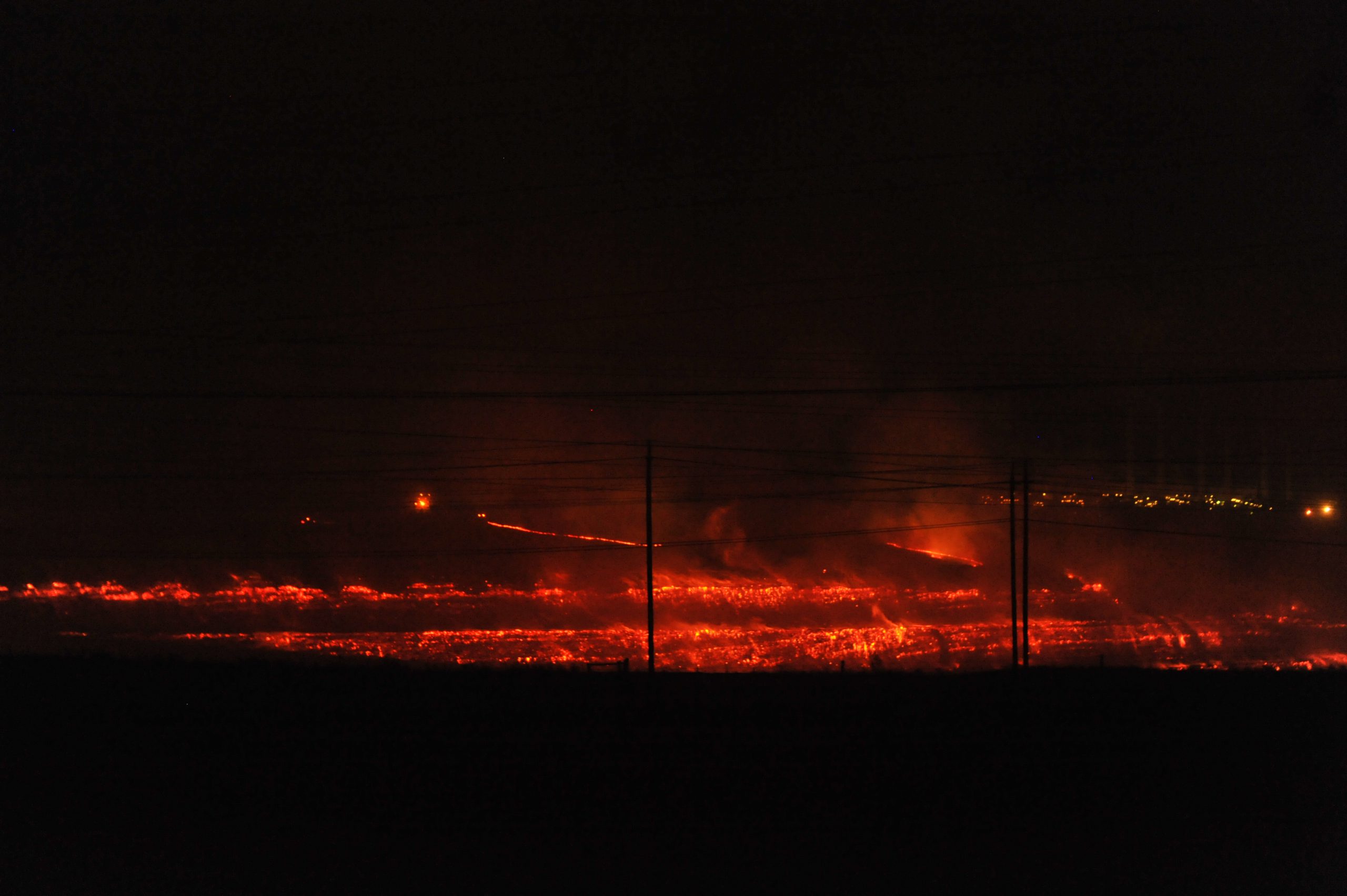 Emergency Management Commissioner Craig Lapsley will review the naming conventions of fires to better reflect an incident, following confusion during the Hazelwood mine fire.

He has also committed to fortnightly aerial monitoring of the Hazelwood and Yallourn mines for hotspots.

As the community awaits the findings of the Hazelwood Mine Fire Inquiry, due to be tabled in Parliament on Tuesday, Mr Lapsley revealed some of the changes authorities have already resolved to implement.

Under the current fire naming arrangements, a fire is logged into the triple zero system as a particular type, but it can retain that designation in the system even if it changes in nature.

Mr Lapsley said the review, in conjunction with the CFA and MFB, could include a special ‘coal mine fire’ designation, however it might not necessarily be that specific, as authorities were conscious not to create “too many categories”.

“We’ve got to make sure we’re descriptive enough, but not too complex so people don’t understand it,” Mr Lapsley said. Mr Lapsley’s comments followed concerns raised within the Narracan Group of volunteer fire brigades about the designation of the Hazelwood fire.

In an email sent to Mr Lapsley and circulated among neighbouring brigades, Moe South captain Brendan Jenkins said brigades continued to be called to a ‘Code1 grass and scrub fire’ during the mine blaze, even after a Hazardous Materials overlay had been applied by Mr Lapsley.

Mr Jenkins told The Express he believed coal fires should have a name which triggered a specific set of responses by the CFA.

Morwell Fire Brigade first lieutenant Pat Quinn, who fought in the mine fire, said the existing designation system had caused some confusion for crews unfamiliar with the area.

“I was at a CFA debriefing where a comment came up that a brigade from the Geelong area thought they were going to a bushfire,” Lt Quinn said.

According to Mr Lapsley, the HazMat overlay was applied in order to deal with elevated levels of carbon monoxide as a result of the burning coal.

Lt Quinn said generally, firefighters would not automatically associate a HazMat designation with a mine fire.

Traralgon group officer Andrew Norman said it was common to be called to a particular type of fire but found a very different situation at the scene.

However, he said “dynamic planning” was instilled in firefighters.

“The more specific the information, the better the planning you can conduct, but without that, you’ll form a plan regardless,” he said.

“I would support a fit-for-purpose solution in place, whether it’s a name or subsequent information.”

Mr Lapsley said a forward-looking infrared camera would be flown over mines every two weeks heading into summer to scan for hotspots.

“The aim is to get them before they have the ability to come out as a fire,” Mr Lapsley said.

Among the concern raised within the Narracan group, were claims Mr Lapsley’s submission to the Inquiry relating to mine fire training regimes were inconsistent with the actual local operating environment.

The submission stated the local firefighting capability was, however broader than the three primary brigades, with support from neighbouring brigades and volunteer and paid career firefighters trained according to the risk within their area of responsibility, including coal mines.

“I understand that site inductions and visits to the mine by local brigades are conducted on a regular basis. There is also annual training involving the local brigades, mine staff and contractors,” the submission stated.

In the email, Mr Jenkins said in relation to the Yallourn mine, there was no annual training for local CFA volunteers and there was no regular induction into the mine for volunteers.

Acting operations manager for District 9, which takes in the Narracan group, Simon Bloink said the CFA was looking at improving training within the mine.

However, Mr Jenkins believes the Inquiry’s records need to be amended.

“If the record isn’t corrected, doesn’t that impact on the possible recommendations of the Inquiry, if they think there’s regular training on the ground,” Mr Jenkins said.

“If the Inquiry’s going to make a recommendation, it should make them on the correct information.”

Mr Lapsley told The Express he did not believe the record was wrong, rather a matter of interpretation.

He said he was highlighting the primary brigades with mine fire responsibility, with Yallourn North and Morwell first responders to the Yallourn mine, Morwell to the Hazelwood mine and Traralgon to the Loy Yang mine.

Mr Lapsley said a local plan had already been put in place to expand mine fire training.

“If there’s something that hasn’t been picked up by the Inquiry, it doesn’t stop us from doing it, and we are doing it,” Mr Lapsley said.