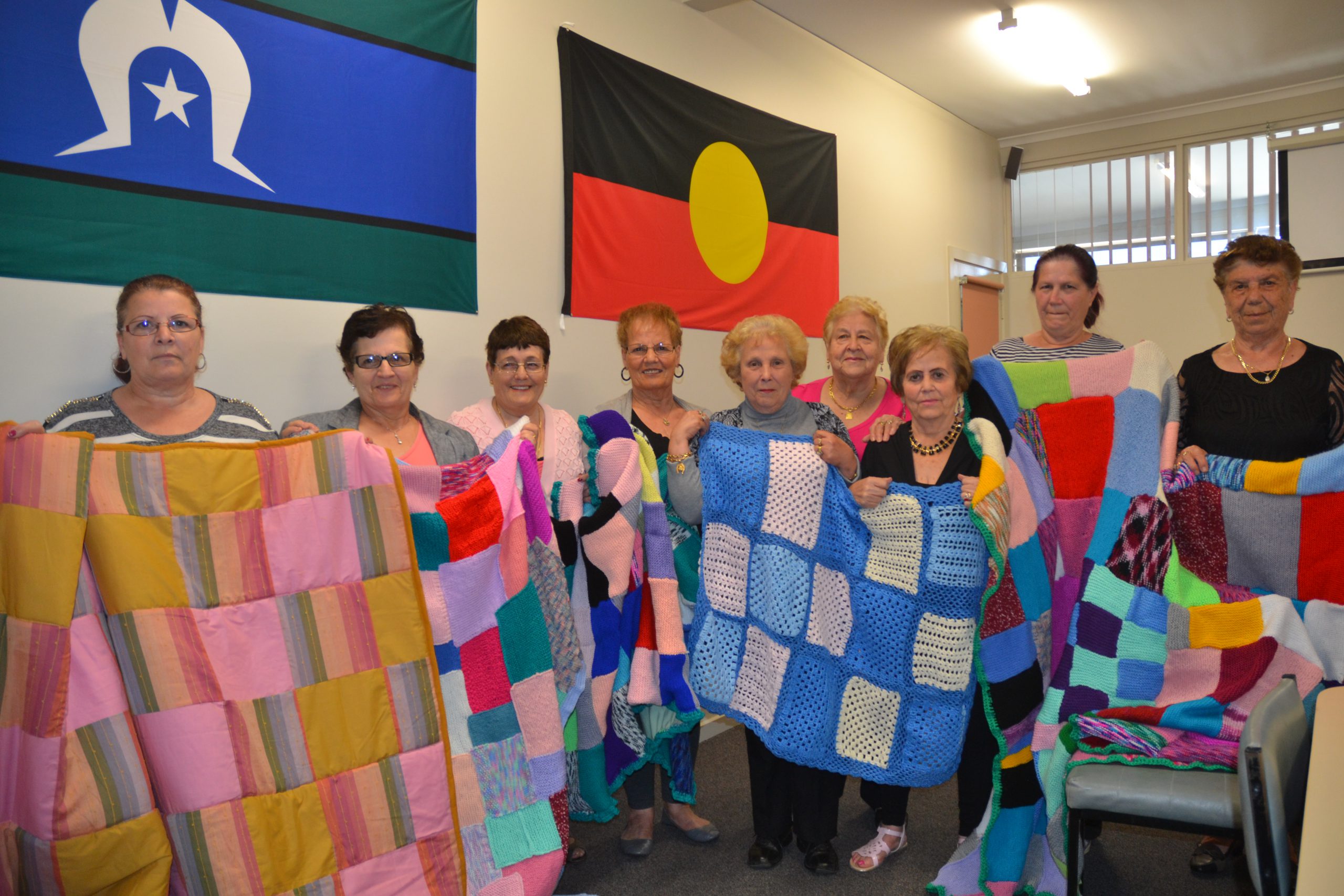 A group of seniors personally affected by World War II have devoted their time to making blankets for refugees.

“Those involved have a genuine understanding of how difficult the migrant process can be at times and they wanted to use their talents to make a valued contribution to those less fortunate than themselves,” Ms Lehos said.

More than a dozen blankets have been crocheted and knitted by the women and will be sent to the Asylum Seeker Resource Centre in Footscray.

Ms Lehos said the seniors knew of the difficulties of living in conflict and migrating as some of them had spent time at the West Sale Migrant Holding Centre when they migrated to Australia during World War II.

“They were required to work in industries such as the timber industry out at Heyfield, the Victorian Railways and the State Electricity Commission,” she said.

“Eventually they moved to nearby areas like Morwell and Traralgon and settled in this area as they made friends and became familiar with the area.”

Ms Lehos was touched by the devotion of the women, some of them more than 90 years old and with a disability, still giving it a go to finish the project that was their idea.

“One has dementia and she’s made one of our fleece blankets. It was amazing to watch,” she said.

Some were visually impaired while others had carpal tunnel syndrome like 70 year-old Rosario Fede who had come to Australia from Italy 48 years ago.

“I feel real good. We hope to do this for as long as we can. It doesn’t cost us anything – we just sit and knit,” Mrs Fede said.