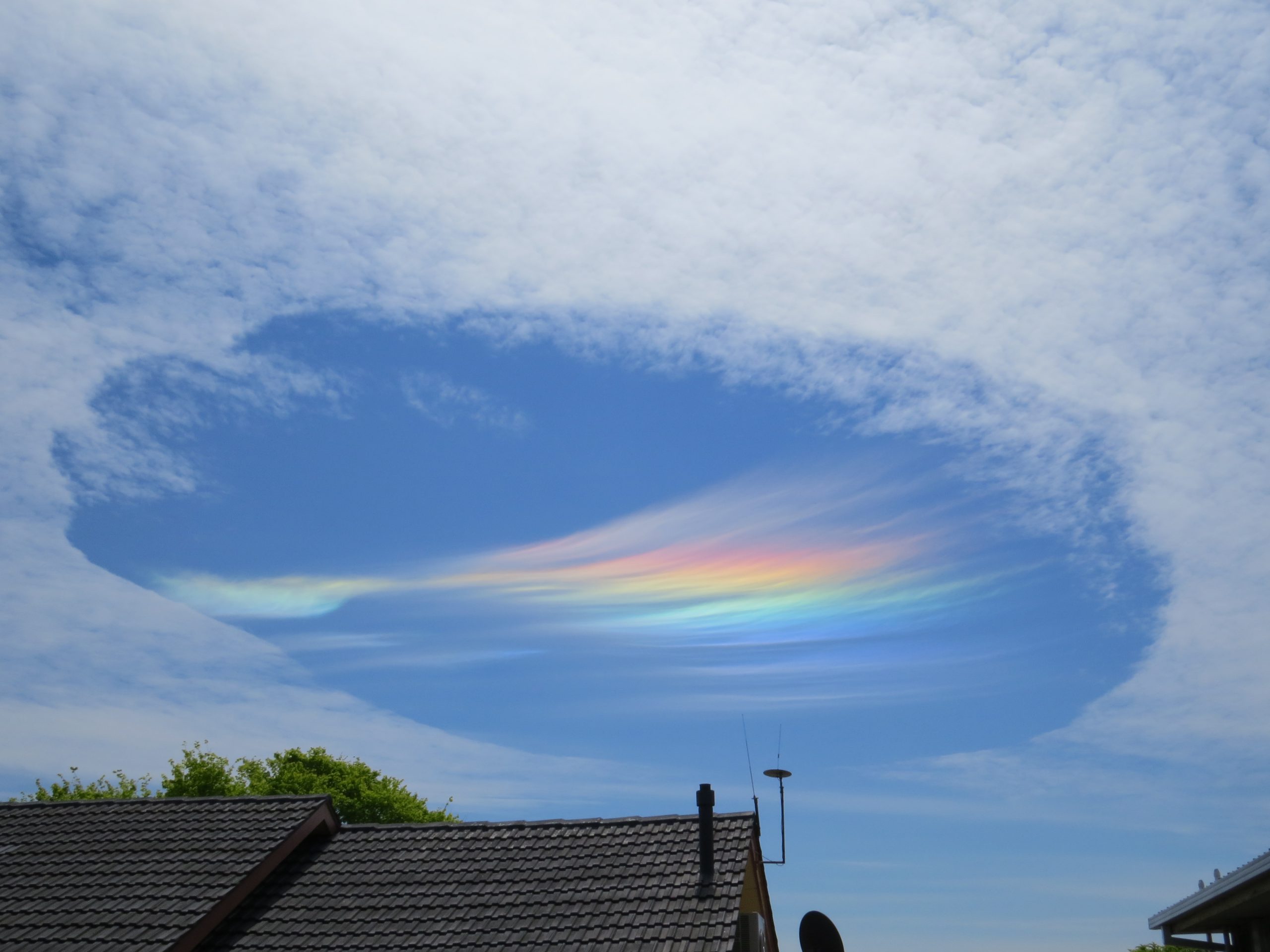 The not-uncommon, but “very pretty” phenomenon that many Gippslanders spotted on Monday afternoon has been attributed to cloud droplets falling through another cloud, according to an atmosphere expert.

Monash University School of Earth, Atmosphere and Environment Professor Christian Jakob told The Express the phenomenon was the result of an interaction between at least two clouds.

“What it usually is, is there’s water or ice falling into the cloud from above – so there’s a cloud above that you can’t see,” Professor Jakob said.

“As the water comes in from above, the ice particles or raindrops can collect the raindrops (in the cloud) creating the hole.”

Professor Jakob said the cloud on which the rainbow-like colours could be seen was most likely a cirrus cloud high above the cloud with a hole in it, but it may not be the cloud which caused the hole.

“The interaction of the sunlight with the ice particle in the cirrus cloud caused the colours,” he said.