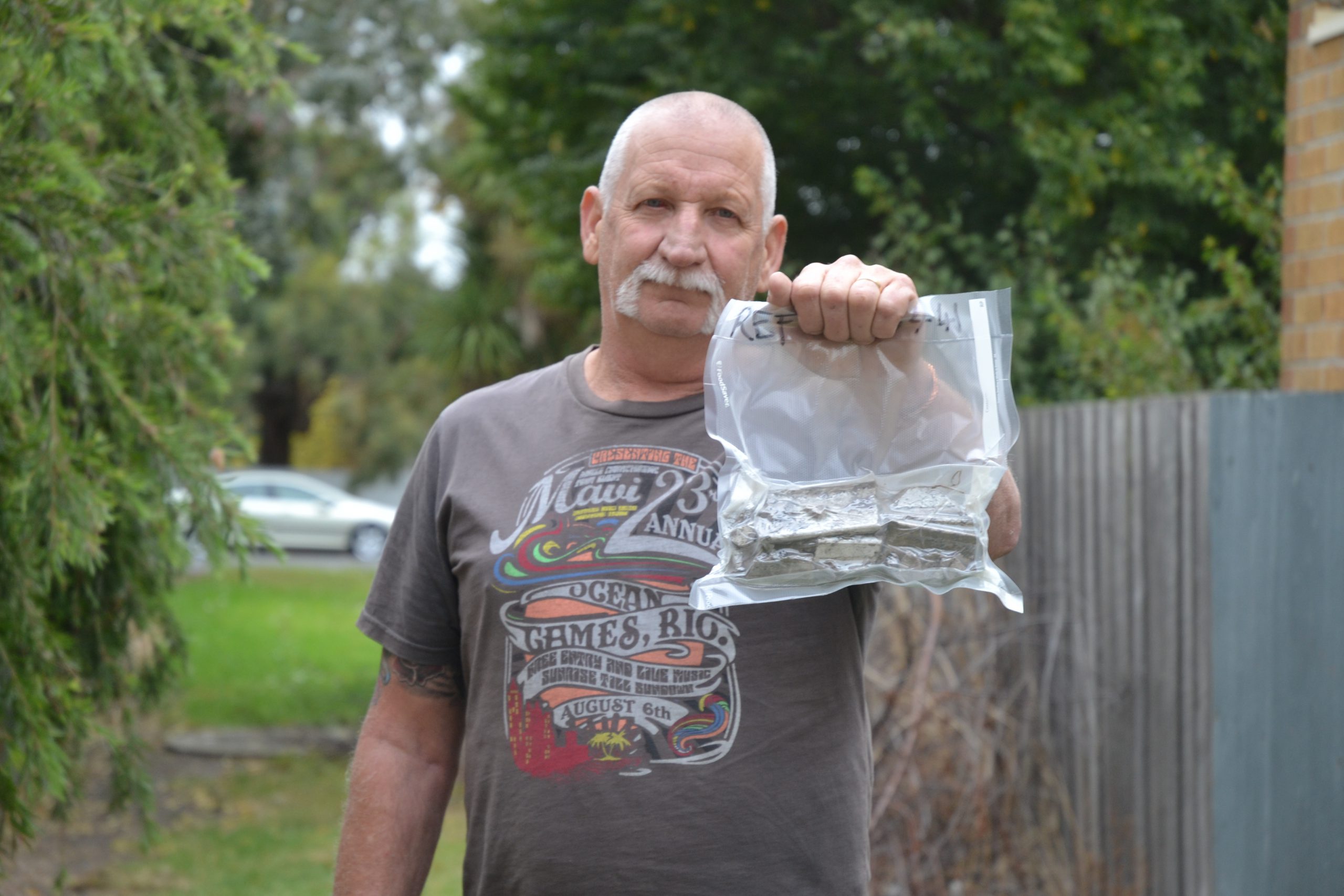 Latrobe City Council has been chastised over its lax response to an asbestos scare in a Morwell residential area, which allegedly resulted in the carcinogenic material cut to pieces by a council-operated lawnmower.

Morwell resident and power industry rigger Jim Gore has been pushing council to clean up asbestos dumped in a nearby laneway for more than a month, describing their overall response as a blatant disregard for public health.

This week he said he had ‘had a gutful’ of Latrobe City’s ‘inaction’, taking the high-risk clean-up into his own hands on Tuesday.

Mr Gore sprayed the remaining pieces of suspected asbestos missed in an earlier council ‘clean up’ with water, and then sealed the material in a vacuum bag before delivering it to council late Tuesday afternoon.

He intends to file a formal complaint over the matter.

“I just can’t understand how it’s gotten to this. It really should’ve taken one phone call and the situation should have become a health and safety situation straight away, and not just a piece of rubbish in the laneway,” he said.

Asbestos is a harmful fibrous substance widely used in household materials until its Australia-wide ban in the 1980s. It can cause terminal lung-related diseases up to 30 years after inhalation.

The alleged ordeal began on 17 February when Mr Gore found asbestos joining strips dumped in the laneway behind his house in Morwell’s south.

Knowing council workers mowed grass in the alleyway on a semi-regular basis, Mr Gore said he made an ‘urgent’ phone call alerting Latrobe City to the suspected asbestos dumping.

“They said they would send someone to come and have a look, which didn’t happen until approximately a week later,” Mr Gore said.

By the time the first inspection occurred, Mr Gore said the joining strips had already been chopped to small pieces by lawnmower blades days earlier.

“Initially they were just long pieces of joining strips that had been dumped there, but after the lawnmower went through it was scattered all over the place,” Mr Gore said.

“They say this stuff isn’t a concern because it isn’t friable, but what do you think happens when a lawnmower goes over it? The property (next door) has young kids in there and I have grandkids that come to my house.”

It was only the beginning of a series of “frustrating” encounters with council over the matter, which saw his complaint addressed by three separate council representatives, one of which initially denied the dumped material was asbestos on two separate occasions.

His last successful contact with council over the matter occurred on 4 March, when he was told council did in fact concede it was suspected asbestos, and a local removalist company would be contracted to handle the remaining material.

After a month since his first

“We take matters like this – where there is a suspicion of asbestos being dumped and where community safety is concerned – seriously,” Ms Rhodes said. “As the incident involves an external party we are waiting for official confirmation of the events that took place.

“Once we have received this information we will be in a better position to understand what transpired and whether there is a requirement to follow up on this matter.”

He called for an urgent review into council’s asbestos handling and awareness procedures for employees and contractors.

“We buried another guy (on Tuesday) from an asbestos related disease, he was in his 50s. Avoidable things like this just shouldn’t be happening,” he said.

“Council is well aware of dangers of asbestos especially coming from this area so there’s no excuse for this.”