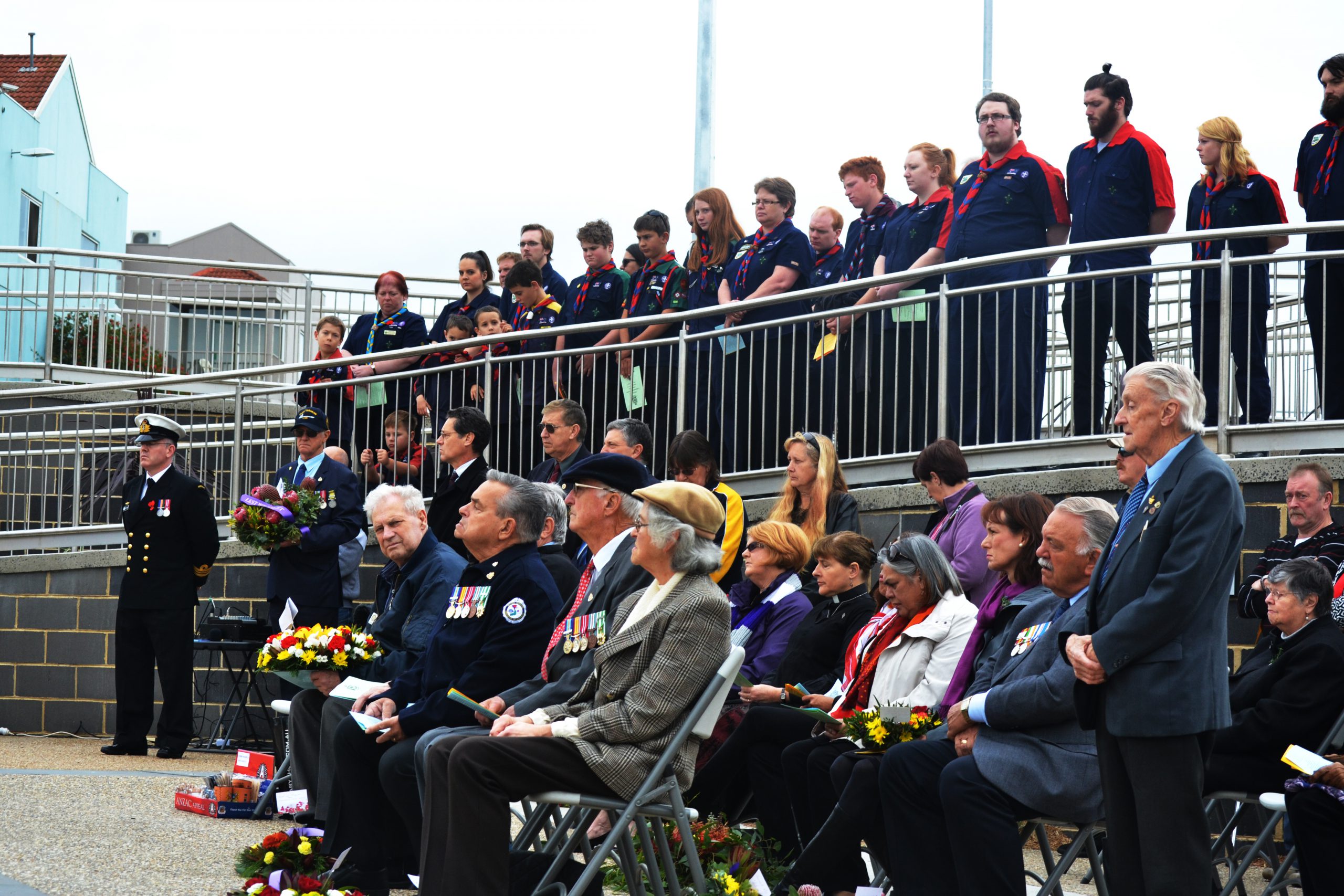 Morwell RSL president Bruce Jeffrey applauded the small township as he opened the service at 9am – expressing his delight at the community and schools honouring the Anzac spirit. “Twenty years ago, I honestly thought Anzac Day would die out and this is my personal opinion,” Mr Jeffrey told the audience.

“But I honestly believe it’s because our students are being taught at schools by our teachers and staff and I congratulate them, because they’ve certainly brought it (the Anzac spirit) back.”

It was a gathering to remember and according to Churchill and District Community Association president Margaret Guthrie, something dreams were made of.

The late Tom Lawless envisioned a civic space, service memorial and ceremonial occasions to take their place in his hometown and the year 2015 saw this come to light.

“We’ve continued on with the things we discussed years ago when Tom was there, so today is a sort of culmination of a former or past Churchill resident’s dream,” Ms Guthrie said.

“I’m actually quite honoured we’ve continued with that dream,” she said.

A local student from Flinders Christian Community College played the Last Post after the Ode to the Fallen from Lieutenant Commander Joseph Lindsay.

“We’ve created something, which will hopefully start a new tradition of having Anzac Day services in Churchill,” Ms Guthrie said.

“And acknowledges our veterans and families of veterans who live locally.”