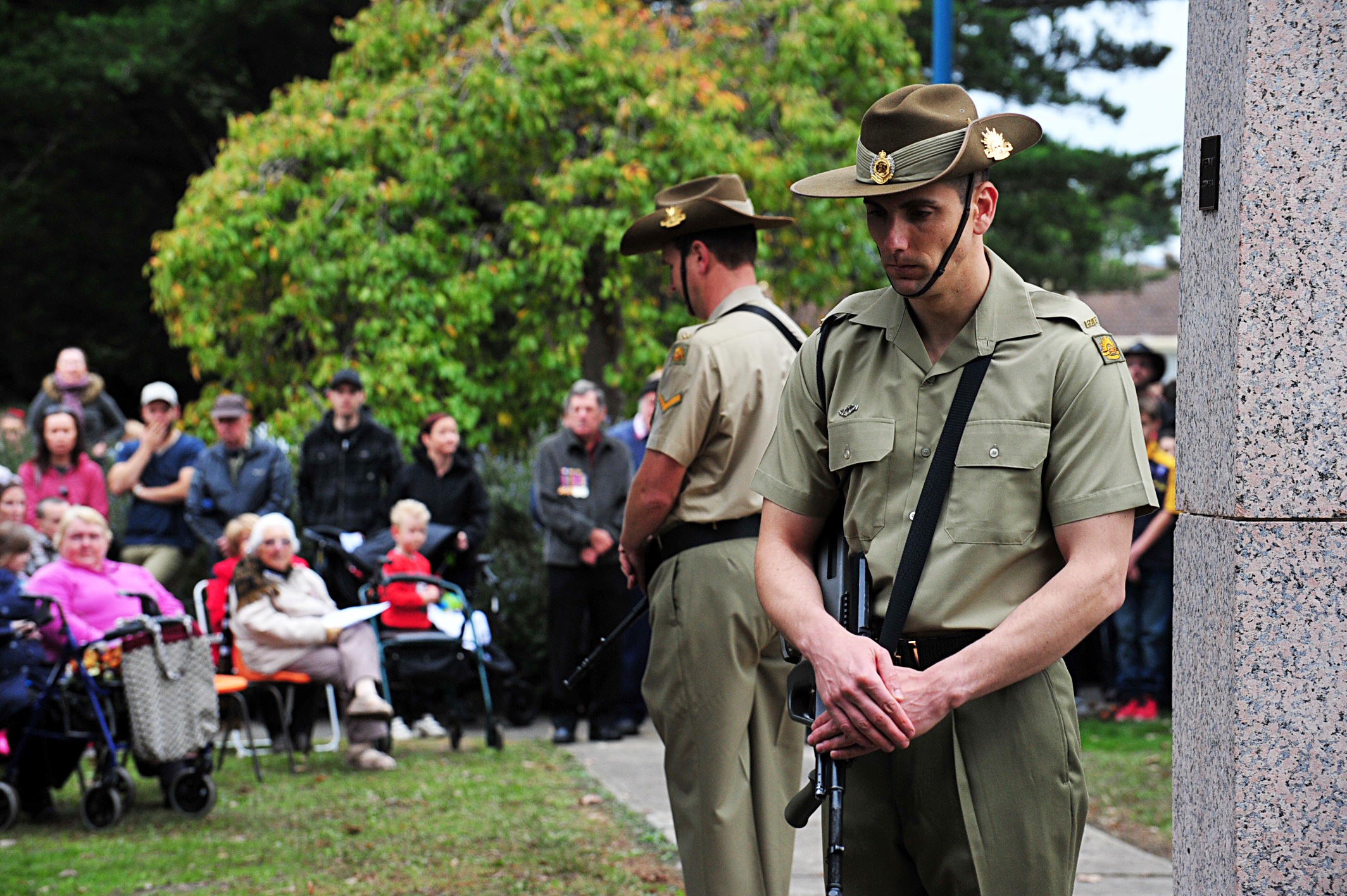 AT the Newborough cenotaph, the significance of the occasion was matched by a momentous turnout, where Anzac Day numbers eclipsed the meagre crowds of recent history.

The mid-morning turnout of several hundred – up from a mere 48 people five years ago – comes as a bittersweet moment for Newborough RSL president Troy Hutson, for which Saturday represented his last service at the helm.

“It’s great to finally see this community come together for this,” Mr Hutson said, praising the efforts of countless volunteers who had contributed to the revival.

It comes after Mr Huston’s estimate of a dawn service turnout of “more than 300”.

“There’s been a lot of hard work that’s gone into building up the Anzac spirit in Newborough in the last three to four years, it’s good to see the hard work pay off.”

A short while later, a formation of three light aircraft from the Latrobe Valley Aero Club flew over Moe’s central business district, representing deceased pilots and grounded crews of yore, marking the beginning of the day’s next parade as it moved down Albert Street.

Led by the booming bagpipes of the Morwell Caledonian Pipe Band, a strong contingent of veterans and descendants of the fallen marched proudly in front of an estimated crowd of more than 1000.

In a prestigious coup for the Newborough and Moe services, guest speaker and former Commander of the Australian Army in Iraq, Brigadier Peter ‘Hutch’ Hutchinson (retired) laid down a challenge to those in attendance to channel and respect the Anzac sprit in their everyday lives.

“I have been to many of the Commonwealth War Grave cemeteries around the world and seen way too many of the small white crosses in beautiful settings – the enduring memory is of the youth of those who died and of the waste,” Mr Hutchinson said.

Born and bred in Yallourn, and later moving to Newborough, Mr Hutchinson embarked on a prestigious 31-year army career after beginning training at Duntroon at 17.

Reflecting on the bloody carnage endured by the soldiers at Gallipoli, Mr Hutchinson also acknowledged the small rural communities decimated by the loss of a generation of young men.

“It is good to take at least one day a year to reflect on their values and sacrifices and to contrast them with our more materialistic and selfish society and reset our own values, attitudes and approach.”