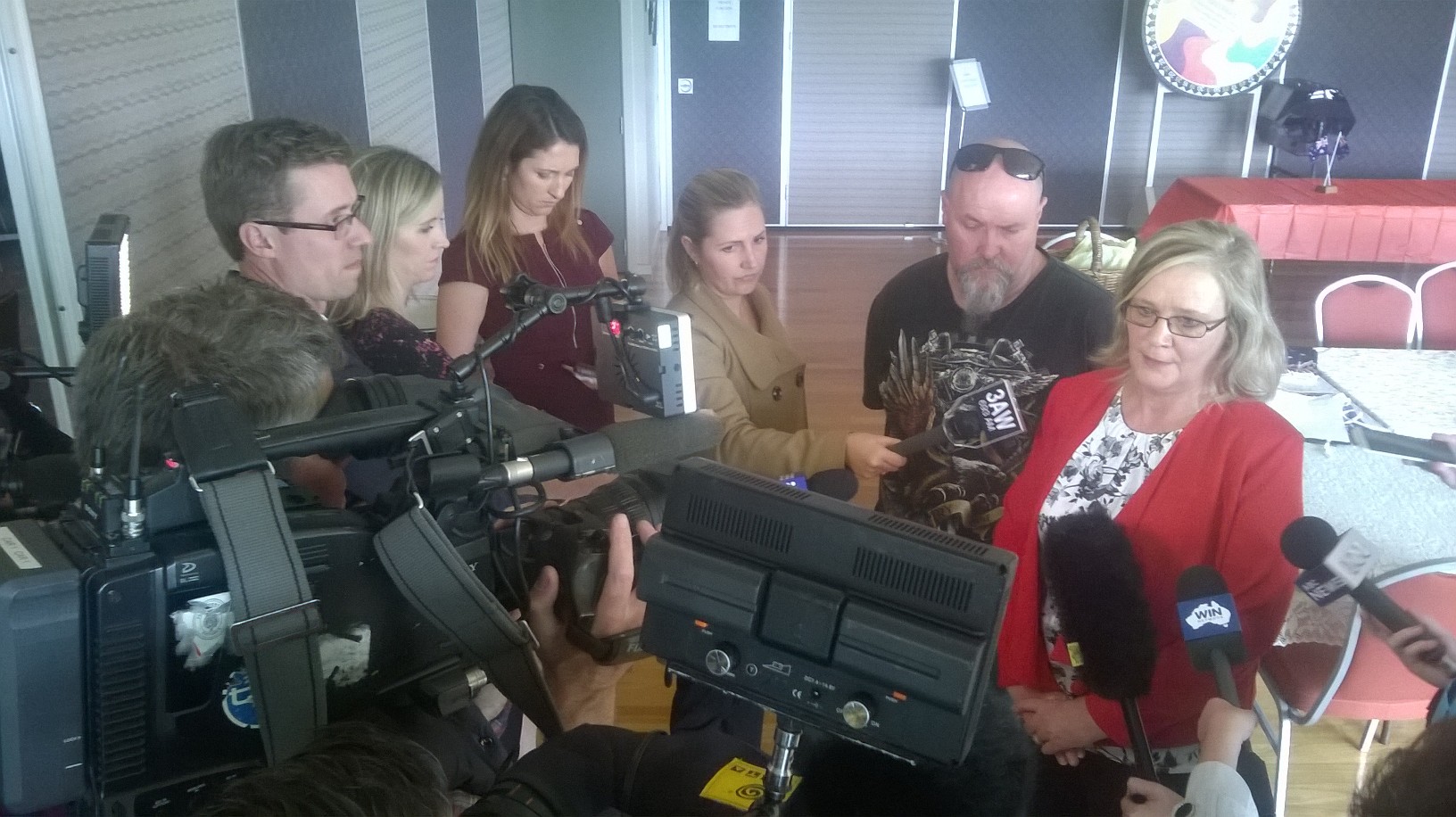 The State Government’s efforts to improve overall safety of Latrobe Valley’s open cut network are set to ramp up, with $25.4 million allocated to implement the full suite of Hazelwood Mine Fire Inquiry recommendations.

Work will begin in earnest to improve the fire preparedness of local coal mines as guided by 12 recommendations for government handed down by the inquiry last August.

These included an overhaul of industry regulation, further purchases of mobile ‘state-of-the-art’ air monitoring systems, and a full funding commitment for a 20-year health study.

The funding commitment came on Friday in a ministerial visit to Morwell, led by Premier Daniel Andrews, eight months after the Hazelwood Mine Fire Inquiry exposed a myriad of shortfalls in the oversight of brown coal mines and the government’s response to the fire, which shrouded the Valley in waves of smoke for 45 days.

“We know that never again can we see families in Gippsland and Victoria treated the way families across this region were treated in that time… the information flow was not good enough,” Mr Andrews said.

Meanwhile the terms of reference for a reopened Hazelwood Mine Fire Inquiry, to further explore claims of a spike in deaths during the fire and mine rehabilitation techniques, are set to be announced later in May when a formal submission period opens, with hearings expected to begin by early June.

While the exact recommendation implementation timeline and schedule remains unclear, the process will undergo a public monitoring and reporting process over the next three years.

The package also includes a $6.4 million commitment to improve the regulatory framework overseeing the operation and safety of the mine network.

Mr Andrews described a commitment to purchase mobile state-of-the-art air quality equipment, enabling the Environment Protection Authority to deploy at short notice anywhere in the state, as “one of the most critically important”.

“(We have to) make sure the EPA have got the equipment they need to make sure they can work in real time to provide the best air quality monitoring that can be done,” Mr Andrews said.

“In the event of future fire or a similar incident we need to understand what the impact is on local residents.”

The response will also include development of a ‘State Smoke Framework’, aimed at reducing the impact on communities and fire fighters from large-scale or extended smoke events. “Firefighters and emergency services came from right across Victoria and their safety was paramount. We need to do much, much more to protect emergency services,” Mr Andrews said.

Voices of the Valley president Wendy Farmer, a vocal critic of the State Government’s response to the ordeal last February and March, said residents were still suffering health impacts more than a year on from the fire.

Ms Farmer said there was still a desperate need for specialists and extra resources in the Valley, to treat what she said were ongoing cases of respiratory issues, infections and other conditions she believed exacerbated by the impacts of the mine fire.

Morwell resident Craig Gittos, who attended the announcement, said he had to escape to Lakes Entrance each weekend during the mine fire as a reprieve from the smoke for himself and his three asthmatic children.

“This is all a big sigh of relief, and I’m relieved the government has stayed true to their word to follow through with all of this and the health study,” Mr Gittos said.

In response to the cry for more healthcare resources, Mr Andrews said he would engage with Latrobe Regional Hospital and Latrobe Community Health Services on the issue.