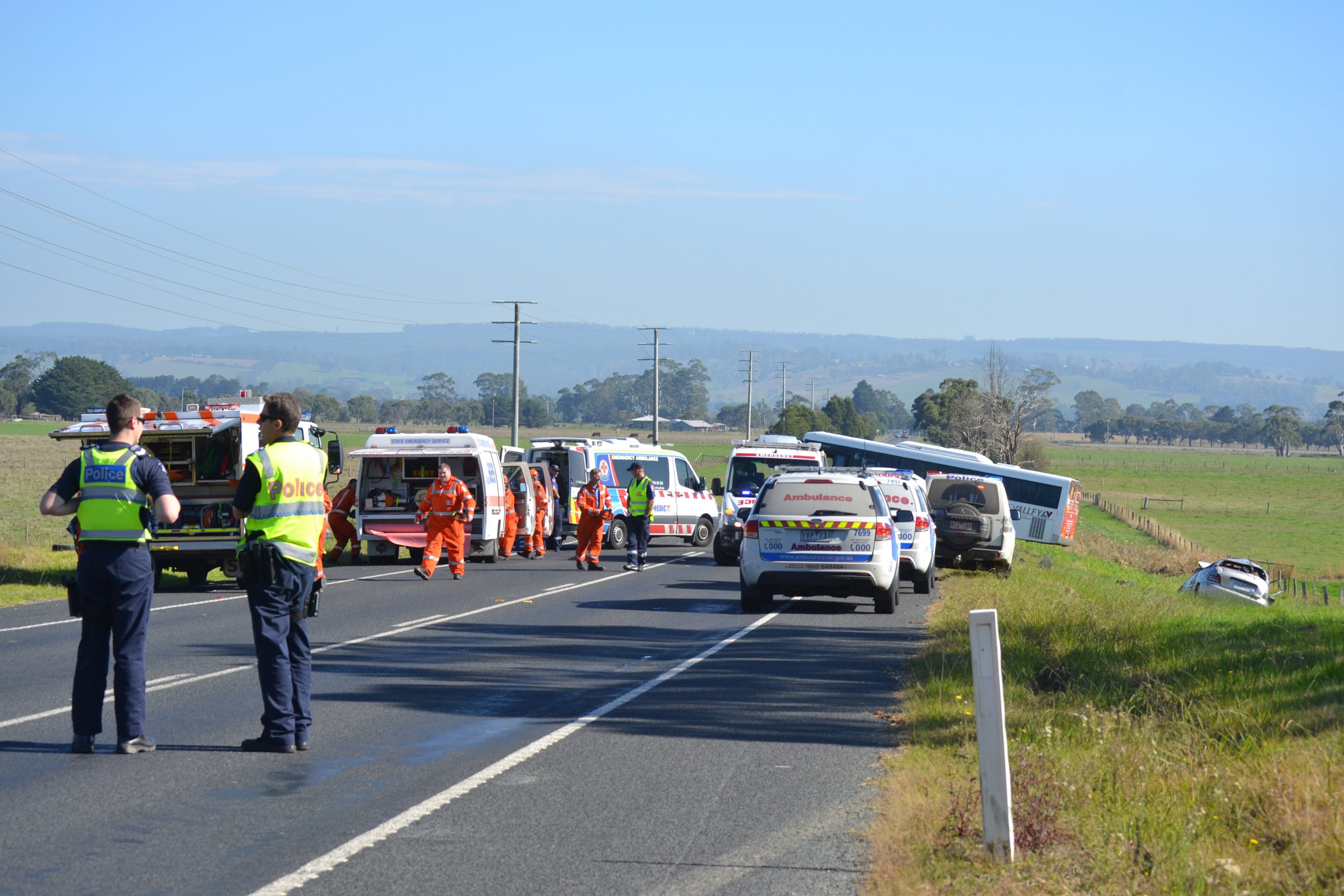 Two people have been flown to Melbourne’s Alfred Hospital following a single-vehicle collision on Monash Way near Walsh’s Road, Yinnar, this morning.

A third occupant, a female passenger, was transferred to Latrobe Regional Hospital in Traralgon where she remains in a stable condition.

Police received the call at 9.50am, with nine paramedics and two air ambulance helicopters also attending the scene.

It is believed the driver was heading from Yinnar towards Walsh’s Road when she lost control of the vehicle, which left the road and rolled.

Police are still at the scene and investigations are ongoing.

A road closure has been put in place west of the Walsh’s Road and Monash Way intersection.