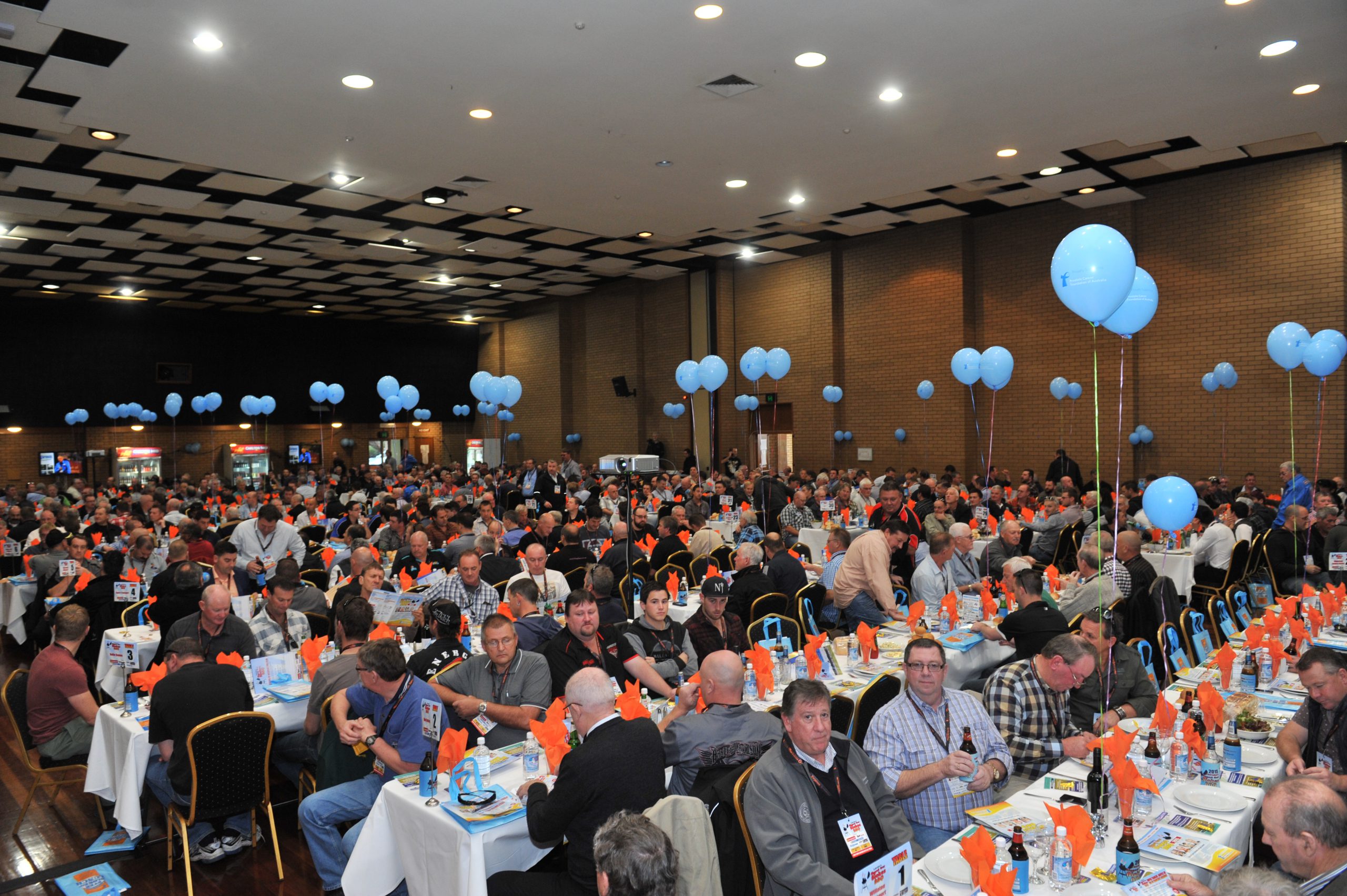 SNAGS, rounds of beer and a swag of sporting greats were an effective way to spread the serious underlying message of prostate cancer prevention.

The third annual Latrobe’s Biggest Ever Blokes BBQ at Kernot Hall on Friday was a success, raising an estimated $100,000 to fund further research and treatment for the 20,000 men diagnosed annually.

Latrobe’s Biggest Ever Blokes BBQ Committee chair Ian Nethercote said the event had so far funded two advanced research studies by the Monash Research Group for Cancer to better understand why prostate cancer was 80 per cent higher in Gippsland than in metropolitan areas.

He said the studies showed the level of detection was later in the Latrobe Valley and Gippsland region, or in other words, when it was found, it tended to be more advanced and aggressive.

“One of our objectives is raising the level of awareness, to get people to remove the inhibition of talking about prostate disease, and bring it to a level not dissimilar to breast cancer.

“The level of deaths associated with prostate cancer (and disease), is equal to or slightly above breast cancer, one in nine men will experience some prostate disease at some point in their life,” Mr Nethercote said.

“The real message is for men to do their check-ups, talk to their GPs (general practitioners),” Mr Cunningham said.

“There’s limited testing we can do, it’s not perfect, but gives indications if you need to see a urologist and get more intensive testing.”

Prostate cancer survivor and Morwell resident David Drane, known for founding the Gippsland Sports Academy, said he wanted to tell men to “not be like him” and get tested sooner.

“I was a typical bloke, you only go to the doctors when you get sick, but when you’re middle-aged you need to have the test,” Mr Drane said.