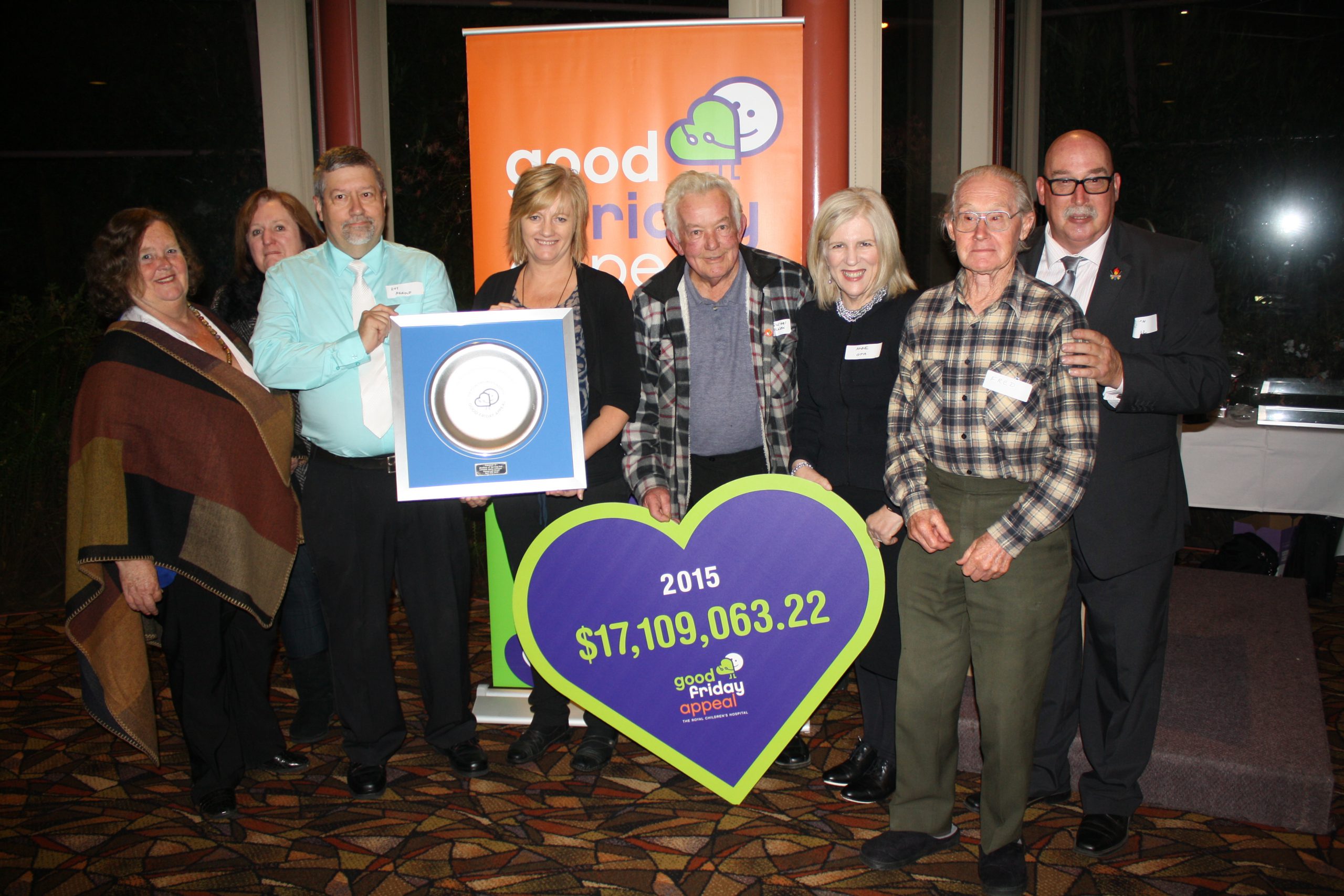 Latrobe Valley residents who regularly devote their time to raising money for the Royal Children’s Hospital were recognised on Thursday.

The Royal Exchange Hotel Cork Club, Moe’s Darryl Benjamin, Moe Woolworths workers and Erica Hotel’s Jodie Mace were among those recognised at an event in Traralgon. Mr Benjamin also celebrated his 87th birthday at the event.

“It felt very nice,” Mr Benjamin, who has single-handedly raised $1 million in 35 years of fundraising, said.

The REH Cork Club raised more than $60,000 this year, ranking it the top fundraising hotel in Victoria for the ninth consecutive year.

“It would be nice if we had a couple more hotels across the state that would give us a run for our money, that would push us a bit harder.”

“I thought it was pretty awesome they came down to Gippsland and recognised not just us but the other groups,” Mr Arnold said.

“It’s nice to be able to meet the people that support us in the appeal office, they help us throughout the year with bits and pieces.”