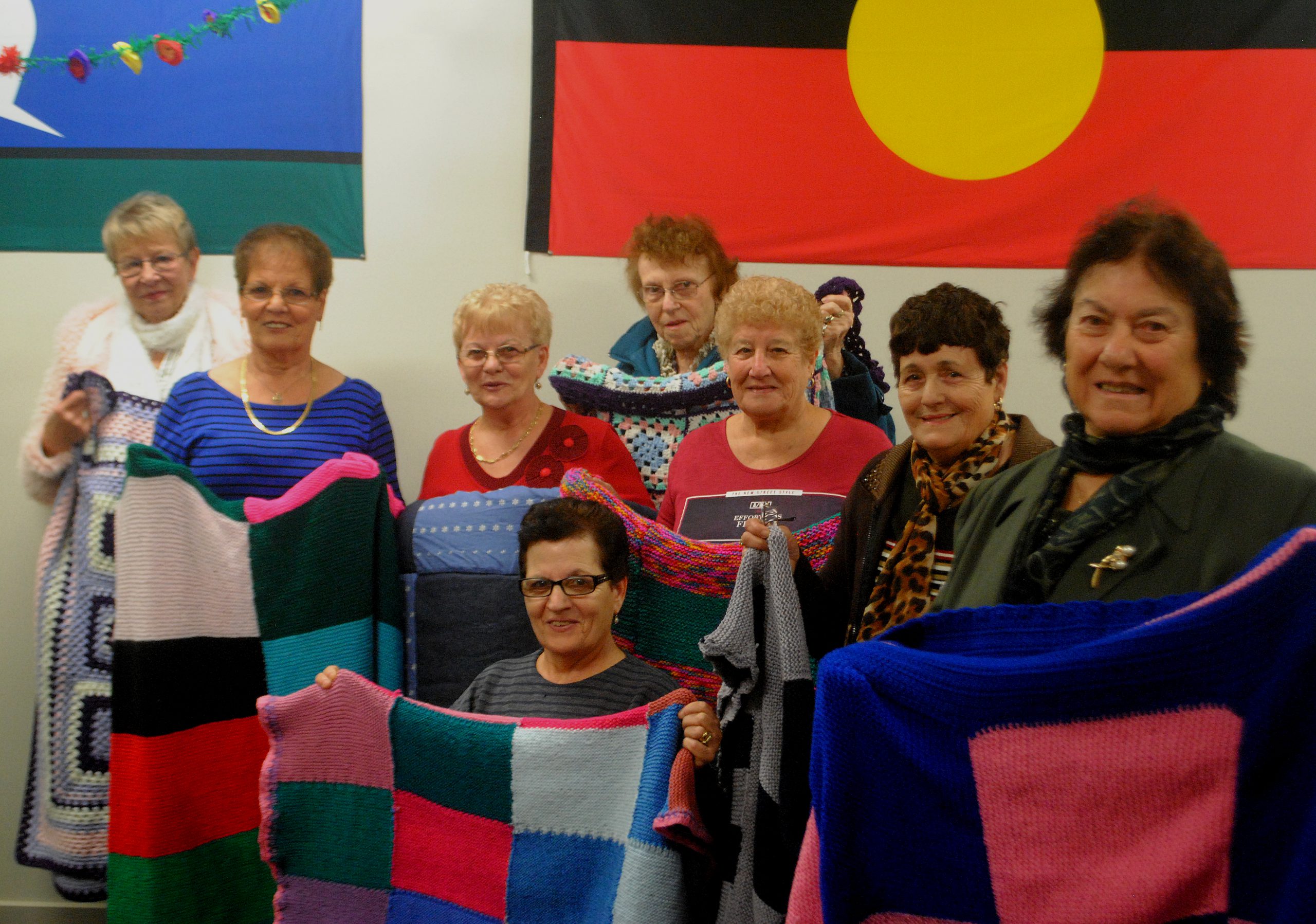 ELEVEN women from Latrobe Valley’s culturally and linguistically diverse community have been knitting, crocheting or quilting to their heart’s content in the name of charity.

Over the past six months, Gippsland Multicultural Services has enlisted a dedicated team to donate handmade blankets to Latrobe Regional Hospital’s Macalister Ward.

GMS planned activity group coordinator Irini Lehos said the women had approached her with the idea to donate a creation of their own.

“It’s a well-known fact if you give back to the community, it gives you a purpose and improves your lives,” Ms Lehos said.

GMS contacted several community organisations to find out where there was a need, and eventually got in contact with staff at LRH’s Macalister Ward.

“It’s been very well-appreciated and the residents we’ve got will absolutely love them,” Ms Smith said.

“They’re just so colourful, so bright and homely.”

Morwell resident Ella Ebersberger crocheted a blanket for the cause, using skills she learnt from her mother when she was a child.

“I was four years old when I learnt and now I’m 85 and I’m still doing it,” Ms Ebersberger said.

“It’s nice, because I’ve always given them away as presents.”

Grace Cillia and May Gatt of Moe both donated knitted blankets, which they said had taken them about a month to complete.

The pair said they felt relieved to finish the blankets, describing their involvement as “a nice feeling”.

“I feel proud, it’s nice to give to charities,” Ms Cillia said.

Some of the women have already indicated a desire to continue donating their creations, with GMS to contact other community groups about the items they’d like donated.