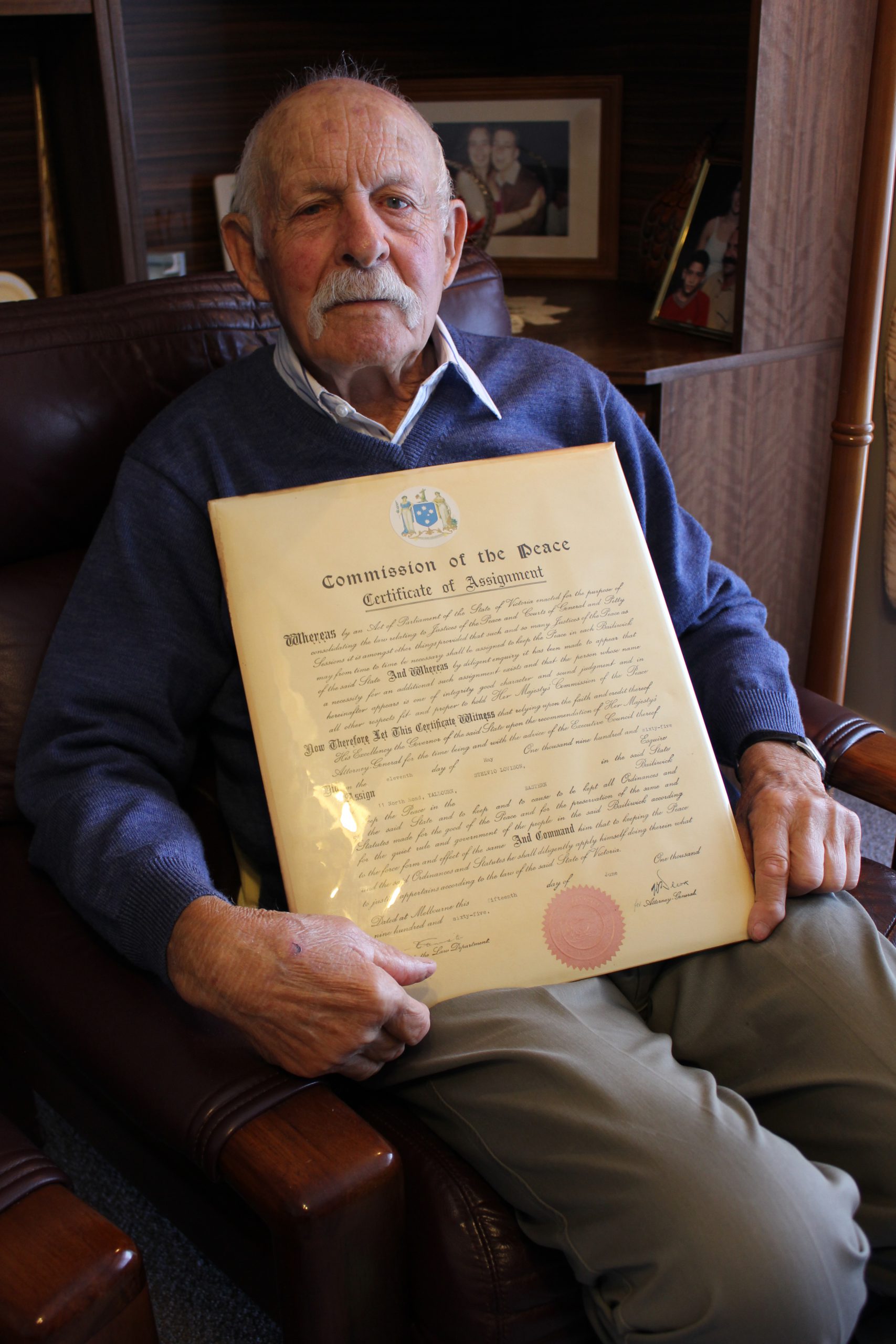 HE’s been known to police for 50 years, but not for the reason you’re thinking of.

Newborough resident Stelvio Lovison has been volunteering as a Justice of the Peace for 50 years.

“I know all the police; to me they’re like my sons,” Mr Lovison said.

The former Yallourn North resident, known to most as ‘Steve’, has volunteered alongside wife of 65 years Antoinette, all his life. He still remembers being presented the Justice of the Peace honour on 11 May 1965.

“I was in my best suit in the High Court of Australia in Melbourne, shaking like a duck,” the 87 year-old said.

Justices of the Peace are volunteers who provide document witnessing and certification services to the community.

They do not provide legal advice, but guide residents with official documents including births, deaths, marriage applications and divorce papers.

Mr Lovison said he became a JP after serving as a commissioner of affidavits, which was abolished in Victoria in 1990.

This involved being present when a person was making an affidavit, or oath on the bible or other religious book, to affirm that contents were true and correct.

He said a sergeant at Yallourn Police Station told him one day, ‘I believe you’ve been nominated for a Justice of the Peace’.

“I used to go to the High Court in Bairnsdale in those days, sitting there with the judge that puts the wig on.

“He tried to con me into being a judge because I was very keen and interested in what was going on, but I had a good job at the State Electricity Commission and five boys.”

The fitter and turner by trade and oxy-welder at the former SEC, worked at Yallourn Power Station in coal production maintenance for most of his working life. He also worked as an accountant.

Mr Lovison said if anyone wanted a document signed, he could still be approached with Moe police, newsagencies and others referring people for his assistance.

“I like helping people, and when you see them go out happy and contented, you feel good in yourself. You’ve helped somebody,” he said.