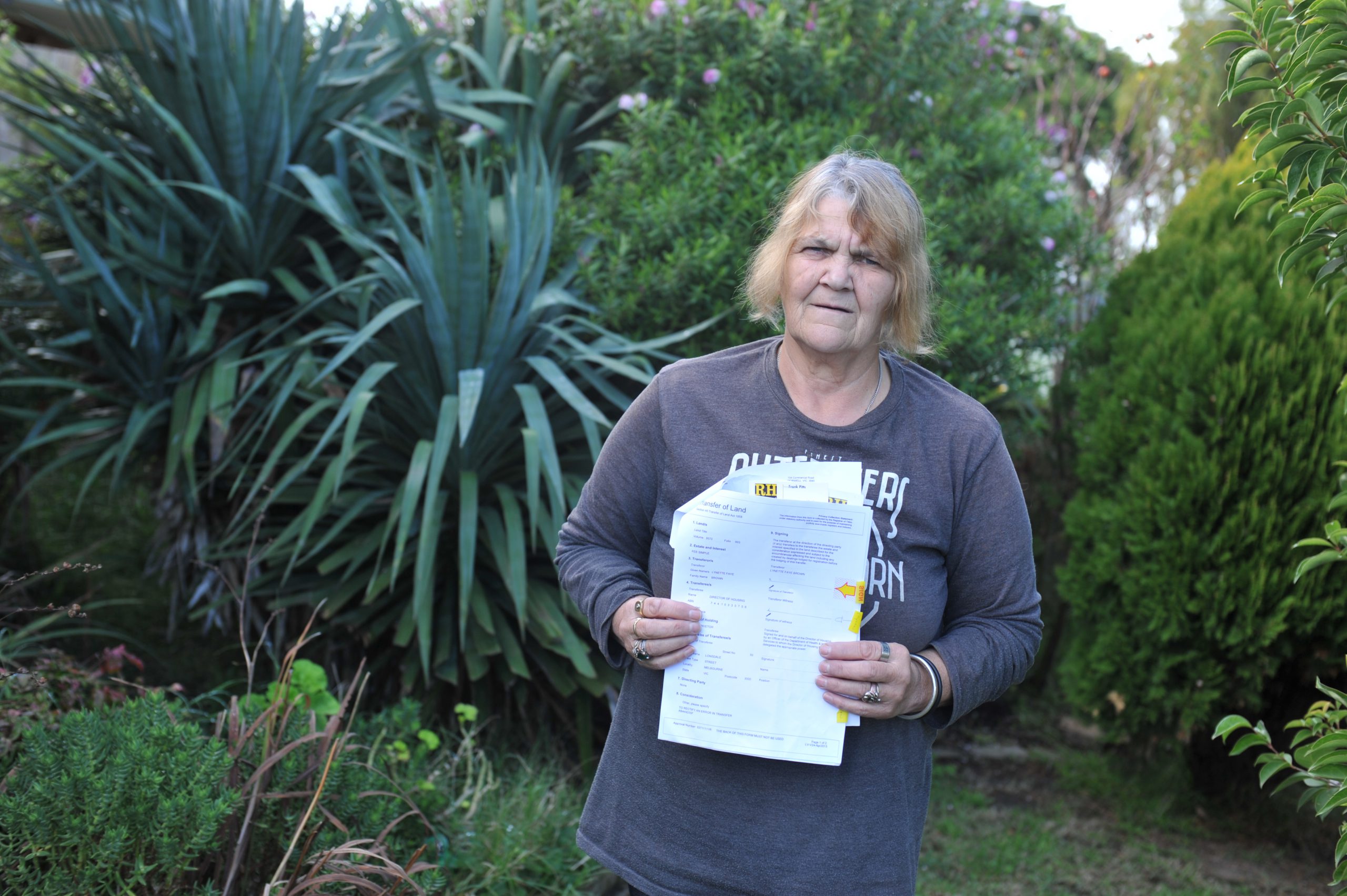 Imagine thinking you owned a home after 13 years of paying it off, only to find it was not yours.

What would be a nightmare for some, has become a reality for Morwell resident Lynne Brown, who last week learned the Dwyer Court home she thought she had been paying off for more than a decade and living in for 24 years, was not hers.

She then learned she was actually the rightful owner of a property across the road.

After living in the commission home for 11 years, Ms Brown finally saved up enough money to buy the property from the Department of Health and Human Services.

She has since lived at the property for 13 years, spending money and putting time and effort into gardens, to make it her home.

“I’ve tiled it, carpeted it, everything. I’ve done it right up,” Ms Brown said.

In hope of moving somewhere by the sea, Ms Brown put the house on the market and had a keen buyer willing to pay for the property last week.

When solicitors scoured the documents, the buyer’s solicitor found Ms Brown had no legal right to sell the property, as it was not hers.

Ms Brown soon notified DHHS, who have since sent her documents to sign the house she is living in into her name, but Ms Brown is not sure where she stands legally and refuses to sign the papers at this time.

“Say something happened to me and I left the house to my children they wouldn’t have got it,” Ms Brown said.

“I found out if it burnt down I wouldn’t get a penny.

“I’ve got nothing to do with (this house) apparently, it’s not my house.”

She is also unsure of whether the two houses would be of the same value and wants an apology.

A DHHS spokesperson said the department was sorry for the inconvenience.

“The department apologises unreservedly for the inconvenience caused to Ms Brown due to its administrative error,” the spokesperson said.

“The Department has taken action to remedy the situation and the matter is currently being resolved.”