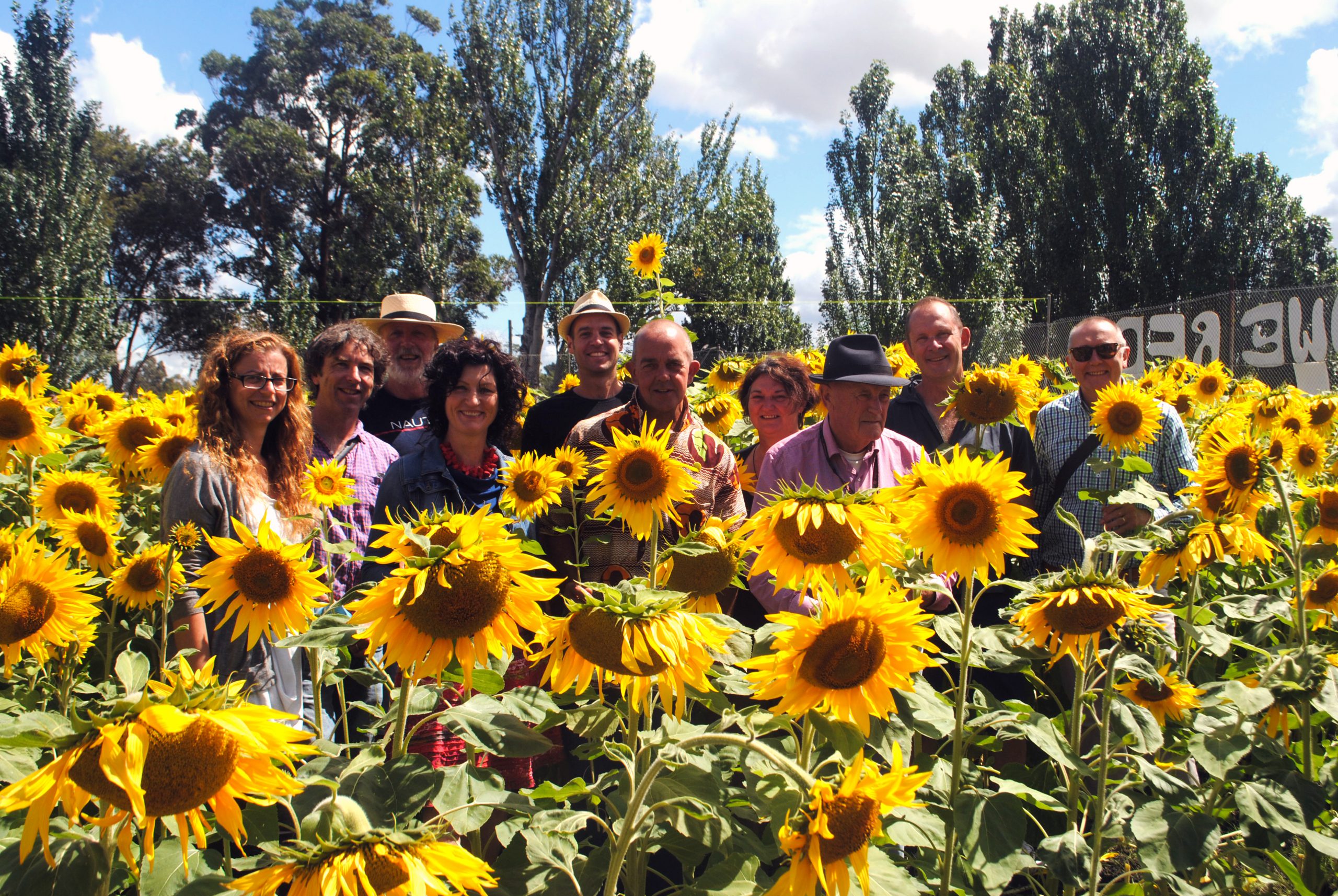 Sunflowers in bloom throughout summer aimed to reactivate Latrobe Valley’s town centres, and took over dilapidated sites where petrol stations or car parks once stood.

The ‘Get Sunflowered’ project, which saw five sites in Moe, Morwell and Traralgon become transformed with yellow petals, has been nominated for the Keep Australia Beautiful Victoria award.

Latrobe City Council, ReActivate Latrobe Valley and some of the project’s ambassadors will today present their testimonies to the KABV judging panel.

ReActivate Latrobe Valley co-directors Craig Douglas and Rosalea Monacella – of RMIT University’s School of Architecture and Design – said it was a testament to the project’s success.

“It’s evidence of the positive identities the project is projecting out into the world,” Mr Douglas said.

“By that I mean the positive identity of the Latrobe Valley, and in terms of the sunflowers, being this amazing, gorgeous event that’s actually been made by the people of Latrobe Valley.”

The Get Sunflowered project was first seeded last June when the ReActivate group made the call-out for volunteers to help beautify physical environments.

Ms Monacella said overall, the sunflowers created a “gesture of happiness”, with all seeds, tools, sites and maintenance resourced from community donations.

“I think it demonstrates what we can achieve as a community,” Ms Monacella said.

“I hope (the judging panel) can see from the Get Sunflowered project it’s about the pride community members have of the town they live in.

“(It shows) they can be active participants of achieving that positive image that people can take away from the town.”

Latrobe City deputy mayor Peter Gibbons, who will present the project’s history, said council felt “very proud” to have been nominated and shortlisted.

“It’s due recognition to the fact all the hard work has been put in by council and in part RMIT,” Cr Gibbons said.

“It’s a great accolade that we have been recognised for quite an advanced program.”

Cr Gibbons said he was aware of interstate parties seeking assistance to create their own sunflowered projects, which he suggested was evidence of the positive outlook the project gave Latrobe City’s future.

Sustainability Victoria received more than 130 entries for this year’s awards, which will see Latrobe City vie for the Tidy Towns – Sustainable Communities crown.

‘Get Sunflowered’ ambassadors will have their say today:

Lynton Azlin volunteered at the corner of Church and Buckley streets in Morwell for three months, and is now employed full-time with ReActivate Latrobe Valley.

Margaret Coop is a retired primary school teacher, who planted at the two sites in Moe and Newborough.

Catherine Ashford volunteered on the corner of Moe’s Narracan Drive, keeping the sunflowers watered and maintaining the site.