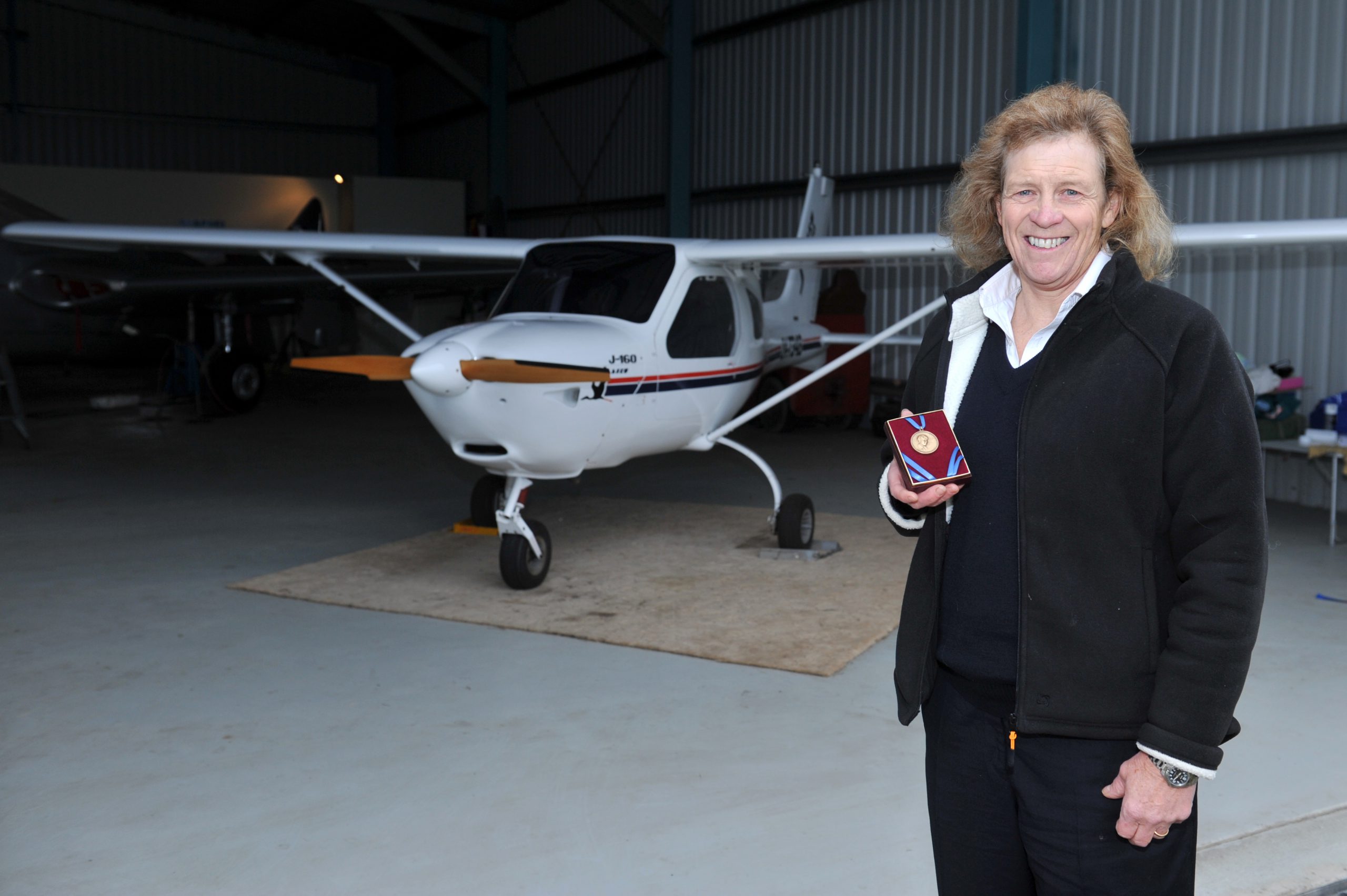 Moving to remote Australian communities and working three jobs at a time are some of the sacrifices 57 year-old Jacqueline Milroy has made.

The former food technology teacher first learnt how to fly in 1997, hoping to show her students you could achieve anything if you set your mind to it.

“I thought if I just learnt to fly, if I just took a couple of lessons, I’d just be able to tell the kids about flying,” Ms Milroy said.

Almost two decades of combining her passion for teaching, flying and food have followed, with the grandmother now settled with a flying school at Latrobe Regional Airport.

Next month she will depart for Munich, Germany, where she will be one of two Australian delegates attending the Ninety Nines, an International Organisation of Women Pilots conference.

Ms Milroy’s career has seen her work in outback South Australia as a cook for the Marree Hotel, while completing charter work and joy flights during the day.

She eventually settled in Karratha, Western Australia, where she lived with husband Alan for three years, working as a flight instructor and parachute drop pilot.

“I worked with the education department, bought an old Cessna 172 and was flying out to remote community schools setting up breakfast clubs,” Ms Milroy said.

Her desire to eventually fly full-time saw her work seven days a week as a teacher, flight instructor and cleaner on a construction site.

By 2009, she returned to the Valley and began building the hangar of her entity, Osprey Aviation Services, while working with Lowanna College.

“People say, ‘you’re lucky; you’re lucky to have this and have that’, but I’ve really worked hard for it,” she said.

She said the achievements of Ms Milroy highlighted how dedication and determination could help further any pilot’s career, whether they were male or female.

“One of the things AWPA is trying to do is raise awareness with girls and young women about aviation being a career for everybody and not just boys,” Ms Denham Harvey said.

“It helps if you have natural aptitude, but really what it takes is hard work and dedication and Jacqui has shown that.”

This year has seen her finally achieve her end-goal of dedicating full-time employment to teaching students, aged between 16 and 80 years, how to fly.

Ms Milroy’s next goal is to advocate for a Ninety Nine conference in Cairns, as part of nation-wide efforts to attract more female pilots.

As one of about 600 AWPA members, Ms Milroy said she was content to settle down at her flying school, which she hopes to develop.

“When I started out, if people said, ‘you’ll have a flying school’, or, ‘you would have flown across Australia’, I’d say, ‘oh yeah, sure’,” Ms Milroy said.

“I’m really surprised how far it’s taken me, but it has been a lot of work.

“I started this to demonstrate to students if you really work hard, you really try hard, you don’t know what you can achieve.”