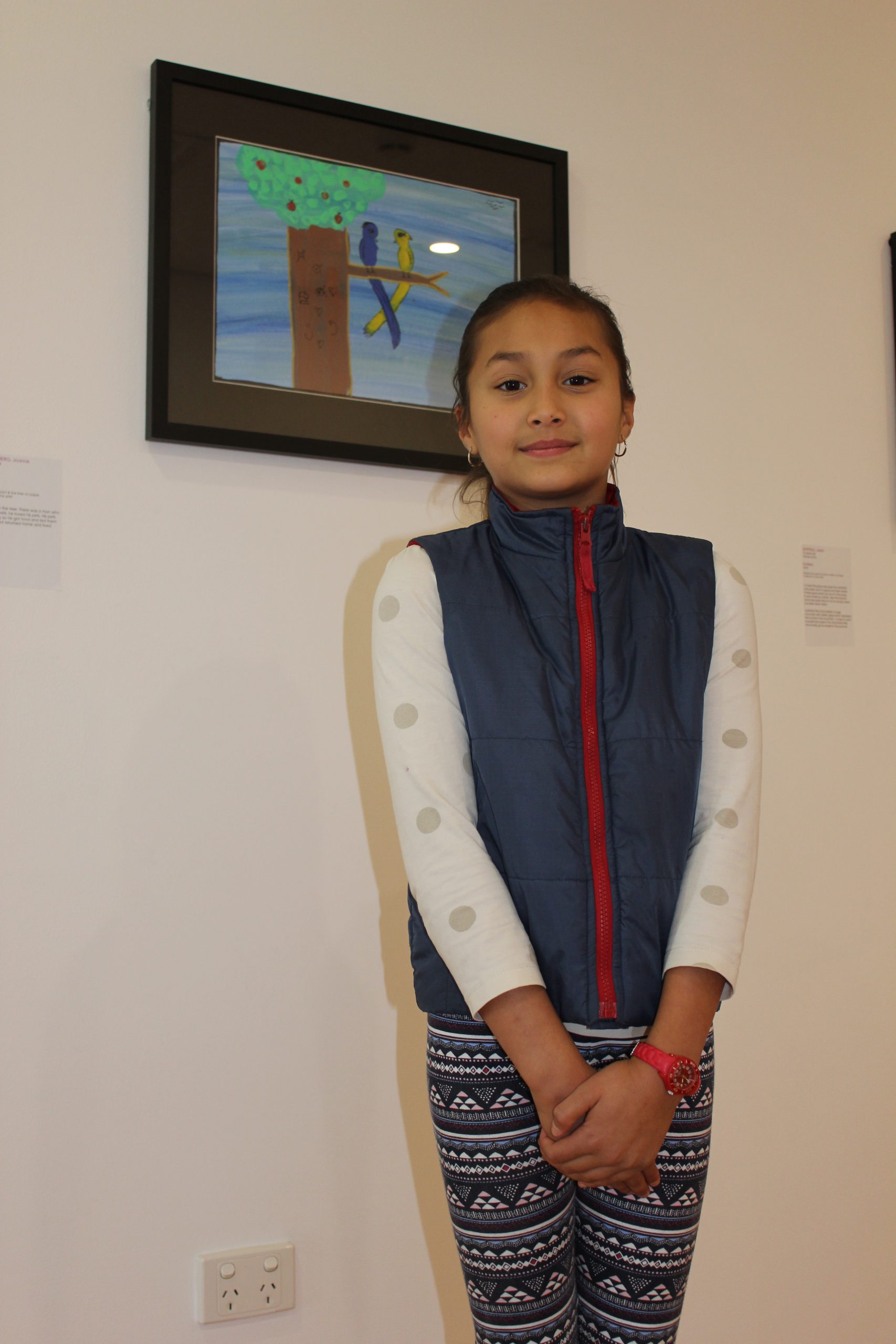 ARTWORK ordinarily reserved for the kitchen refrigerator is being housed in a gallery with artists as prolific as Francisco de Goya and Rembrandt.

Morwell Park Primary School students with an aptitude for the visual arts are showing their own personal creations at Latrobe Regional Gallery.

From a terrifying lion seen on a student’s first trip to the Melbourne Zoo, to a symbolic image of an angel in the sky in remembrance of beloved grandparents, LRG education and public program officer Nicole Brindley said it was interesting to learn what was meaningful to the children.

“It’s interesting to see what comes out of them because some were quite reluctant to do anything,” Ms Brindley said.

“So to have them complete works in such a short period was a bit of an achievement.”

Ms Brindley, who worked with each student one-on-one over six sessions, said the 20 students from grades four to six also understood the significance and special nature of showing their artwork in a gallery space.

“I had them think about how this was not just any art form… you’ve got to think about it, develop the idea, (and) redraw several times before it’s a finished art work,” Ms Brindley said.

“It was a learning curve for them to develop an idea and use new techniques.”

The LRG Kids program, funded by the State Government’s Department of Education and Early Childhood Development, is in its first term and will be delivered over the next three years.

The exhibition space opened on Wednesday.

Morwell Primary School at Crinigan Road is the next school to engage in the program.