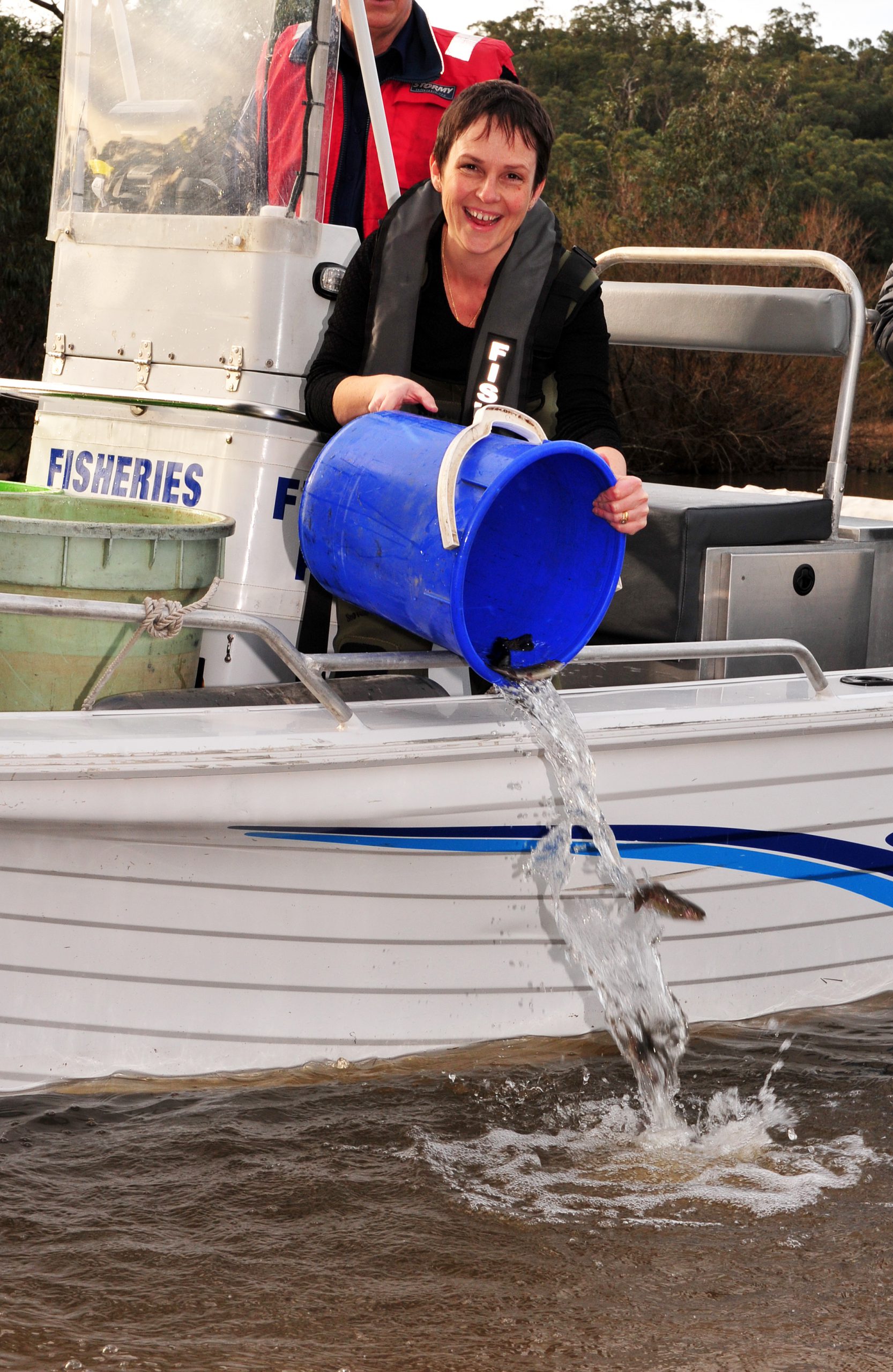 Latrobe Valley’s keen anglers will enjoy improved odds in the coming season after 3000 juvenile rainbow trout were released into Lake Narracan this week.

Tuesday’s ‘restocking’ will be followed by 7000 brown trout later this month to further improve the fishery, which is stocked annually with Australian bass.

Agriculture Minister Jaala Pulford (pictured) took part in the restocking on behalf of the State Government’s ‘Target One Million’ plan to get more people fishing.

“Now there’s no excuse for local families not to get out there and get fishing,” Ms Pulford said.