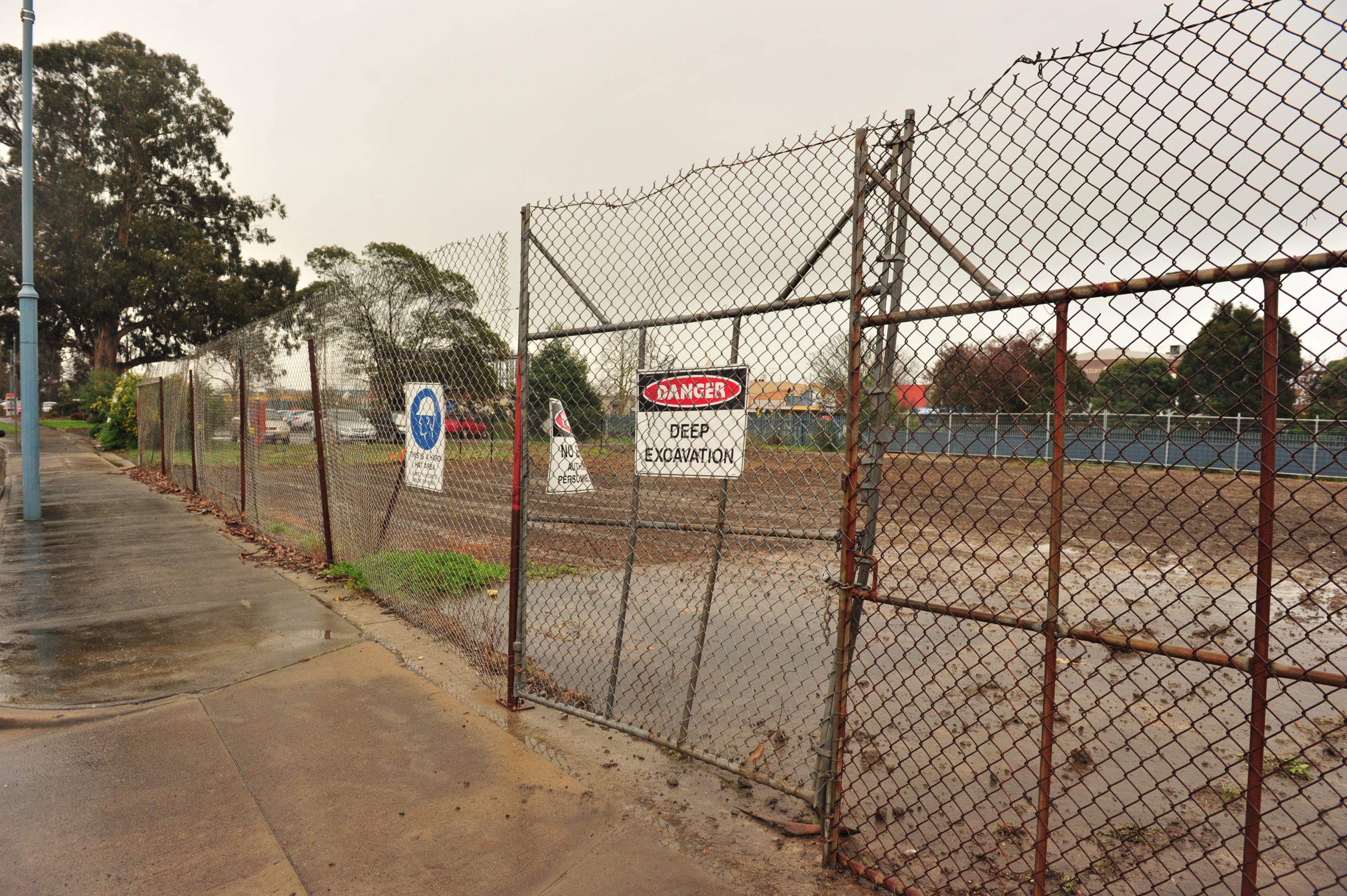 A vacant Moe site that’s been a source of frustration for the community and local council has been cleaned up.

Work on the former service station along Lloyd Street appeared to have been carried out early this week, after Latrobe City Council issued a compliance notice.

Mayor Dale Harriman said council had been “chasing” the property-owner VicTrack for “quite some time” about the state of the site.

“I think they’re aware of how seriously we take the issue of dilapidated buildings and they’ve responded to community concern, which is great to see,” Cr Harriman said.

Council issued VicTrack a notice to comply, directing it to fill in excavation work.

But Cr Harriman said while council could call on State Government authorities like VicTrack to improve a facility, it could not fine them, even under a strengthened local law aimed at cracking down on eyesores.

“They’ve got a fence around it, but still (the dirt) can blow.”

On Tuesday Mr Price welcomed the site’s clean-up, describing it as “100 per cent better”.

“I’m really happy that it’s done, as long as it’s been made safe,” he said.

A VicTrack spokesperson said there were no current known risks to community health.

They said the site tenant was undertaking remediation works in order to decommission the former service station before vacating the property and council issued a notice to backfill within seven days, following excavation works to remove underground fuel tanks.

“Further environmental assess ments are underway to determine the nature and extent of any contamination from previous operations,” the spokesperson said.

“The tenant has engaged an environmental consultant to undertake the works.

“There are no current known risks to community health from contaminants onsite.”

West Ward councillor Sharon Gibson, who pushed for a crackdown on notoriously rundown sites, said she was delighted the Moe site had been cleaned up.

“People were concerned about safety and the visual aspect because it brings the image of our town down and that’s the last thing we want,” Cr Gibson said.

“People would look at that instead of what our town has to offer. We have so much to offer.”

“Latrobe Council is welcome to apply to purchase the land or a portion of it through normal State Government land sale processes, once it becomes vacant,” they said.

The spokesperson said decisions around car parking requirements was a matter for Public Transport Victoria and the rail operator V/Line.