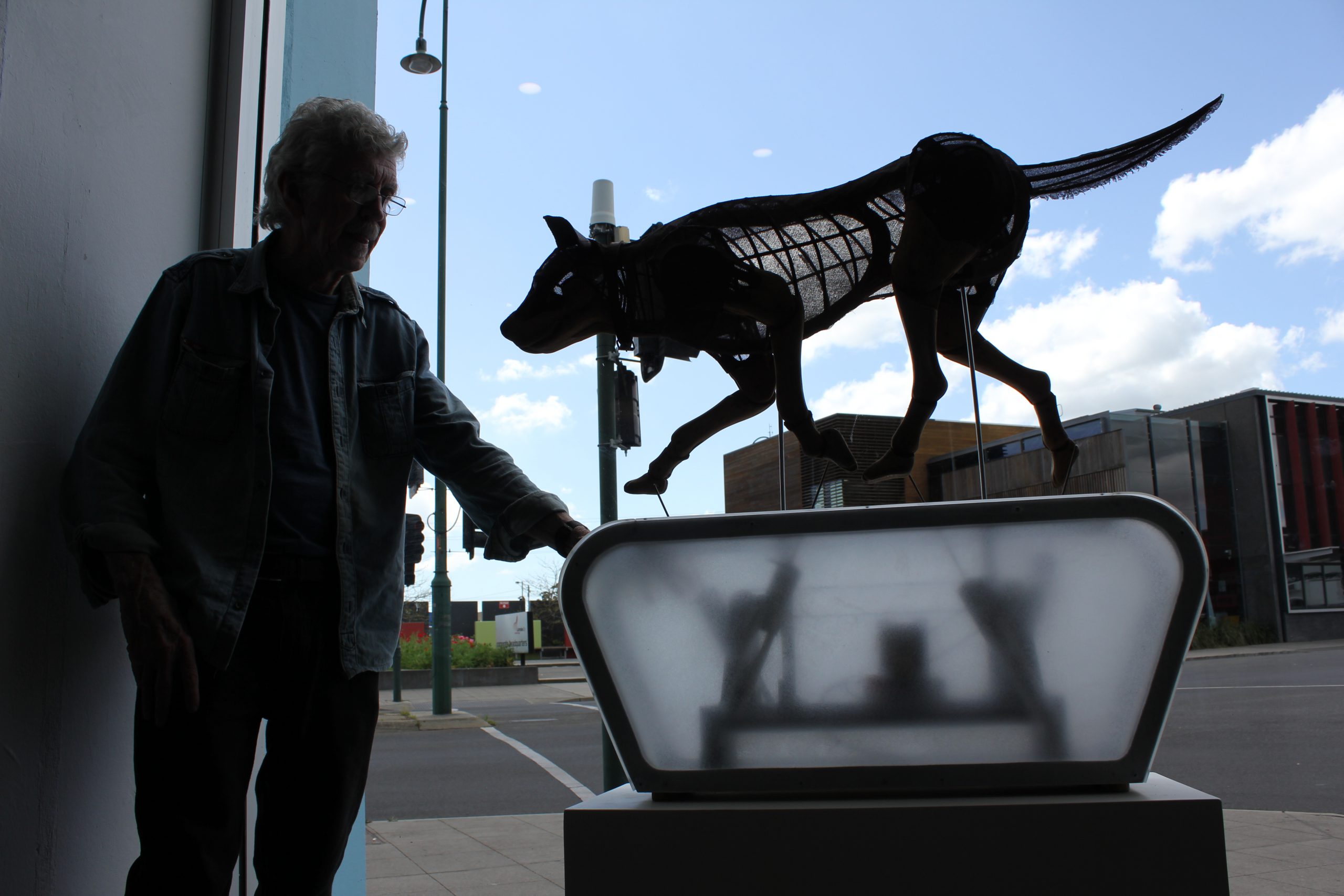 A VENTRILIQUIST doll of controversial Australian politician Pauline Hanson is among the political parody of Colin Suggett’s work featuring at Latrobe Regional Gallery.

Mr Suggett said the photo-shopped work was originally commissioned for Phillip Adam’s political magazine that folded after only one issue.

“It’s interesting that (Ms Hanson) is making a bit of a revival now, she’s popping back onto the scene,” Mr Suggett said.

But the work is the only two-dimensional piece at LRG’s ‘Retromoments 2’, featuring animated machines, figures and robotic creations of the Venus Bay artist from 1975 to now.

Mr Suggett’s most recent sculpture ‘Red Dog stalking’, which can be seen in the gallery’s window running down Commercial Road, is no exception of his technical competency.

He said he had been “making things” all his life and first started creating films and puppets as a child.

“I just use whatever material suits my purpose and I like chrome and shiny things because they represent the contemporary world,” Mr Suggett said.

Some works are undoubtedly political such as a Mickey Mouse figure referencing prisoner torture during the war on terror, illuminated ‘zits’ like the atomic bombs of the Cold War and a figure in a locked elevator in reference to the global financial crisis.

On the other hand, a classic sculpture head fitted out with iPod ear buds and Rastafarian hair using a live fern, and dancing Hawaiian sausages shown to great acclaim at the First Australian Sculpture Triennial in 1981, are humorous commentary on contemporary technology and consumerism.

The exhibition is open until 14 February.