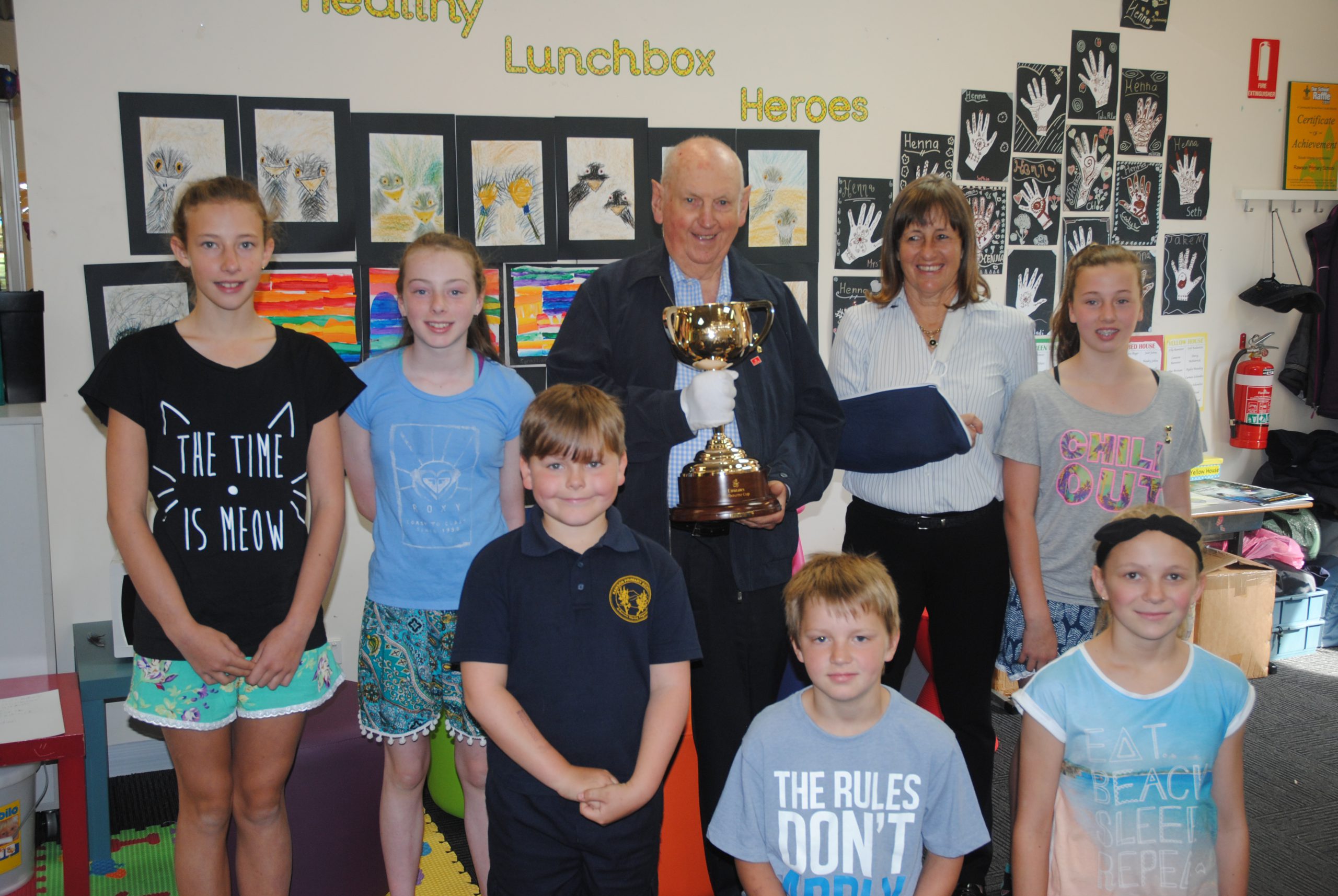 TWO important pieces of Australian history collided on Friday when the coveted Melbourne Cup toured the Walhalla Gold Mine.

As part of its three-and-a-half month tour across the country, the ‘People’s Cup’ visited historical Walhalla, along with Erica and Rawson, and toured the Long Tunnel Extended Gold Mine along the way.

“It’s a very special opportunity to have the cup visit Walhalla, Erica and Rawson and one that not everyone gets to experience,” Ms Vincent said.

Sheila Laxon, who was the first female thoroughbred horse trainer to win both the Caulfield and Melbourne cups with her mare, Ethereal, in 2001, joined the cup on its visit to Rawson Primary School, where students inspected the 18-carat solid gold trophy up close and learned about the ‘race that stops the nation’.

“It’s an icon of Australian folk law and its great to be associated with the story,” Ms Laxon said.

“Hopefully (seeing the cup) makes kids interested in the Melbourne Cup and everything that surrounds it.

“It’s an important part of history.”

“Much of the local history is linked to the famous gold rush times,” Mr Love said.

He said he hoped the community took great pleasure in seeing the Melbourne Cup trophy during its visit.