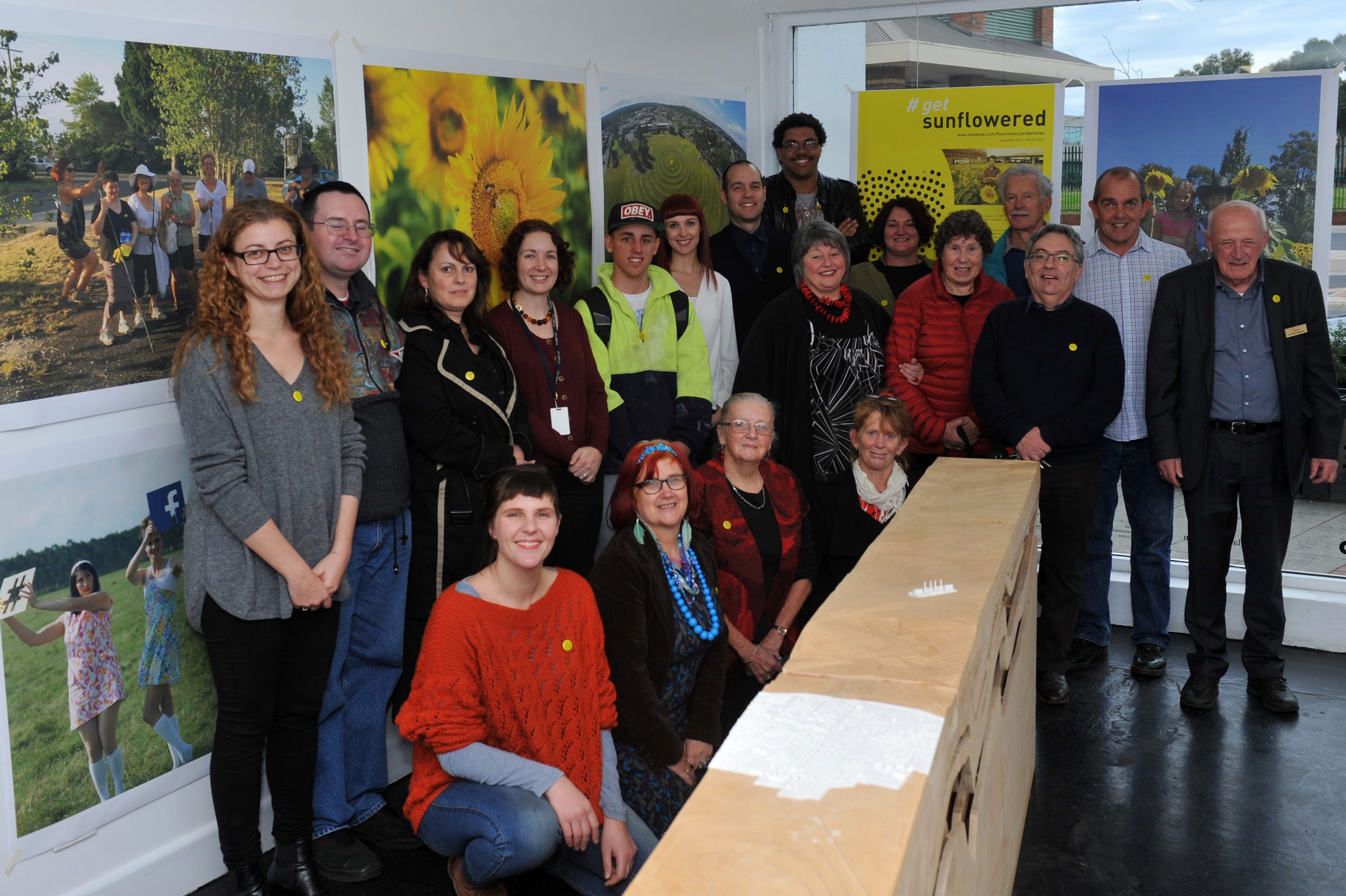 SUNFLOWERS that last year transformed vacant sites across the Latrobe Valley will continue to grow following a 2015 Tidy Towns – Sustainable Communities victory at the weekend.

The Get Sunflowered project won the category for Community Action Leadership (population above 3000) at Saturday night’s Keep Victoria Beautiful awards.

The initiative will this year expand to 16 sites in nine Valley towns, driven by ReActivate Latrobe Valley and Latrobe City Council.

“It was both a great honour to win, but also recognition that the project is so exceptional,” Latrobe City deputy mayor Peter Gibbons said.

“When you look at it from a Victorian-wide basis, there is nothing like it out of all the nominations.”

Cr Gibbons joined ReActivate Latrobe Valley co-directors Rosalea Monacella and Craig Douglas to receive the award, and encouraged other community groups across the shire to nominate next year.

And with the second series of the Get Sunflowered project underway, ReActivate Latrobe Valley is calling for people to lend their heavy machinery and help seed sites.

“What we’d really like is community participation again and also would like anyone with a tractor and a plough or a ripper just to help us seed the sites,” Mr Douglas said.

“If anyone has that kind of equipment, that would be really helpful.”

The team has invited five international architects to design a number of the sites, which Mr Douglas said proved the initiative was generating interest in the Valley.