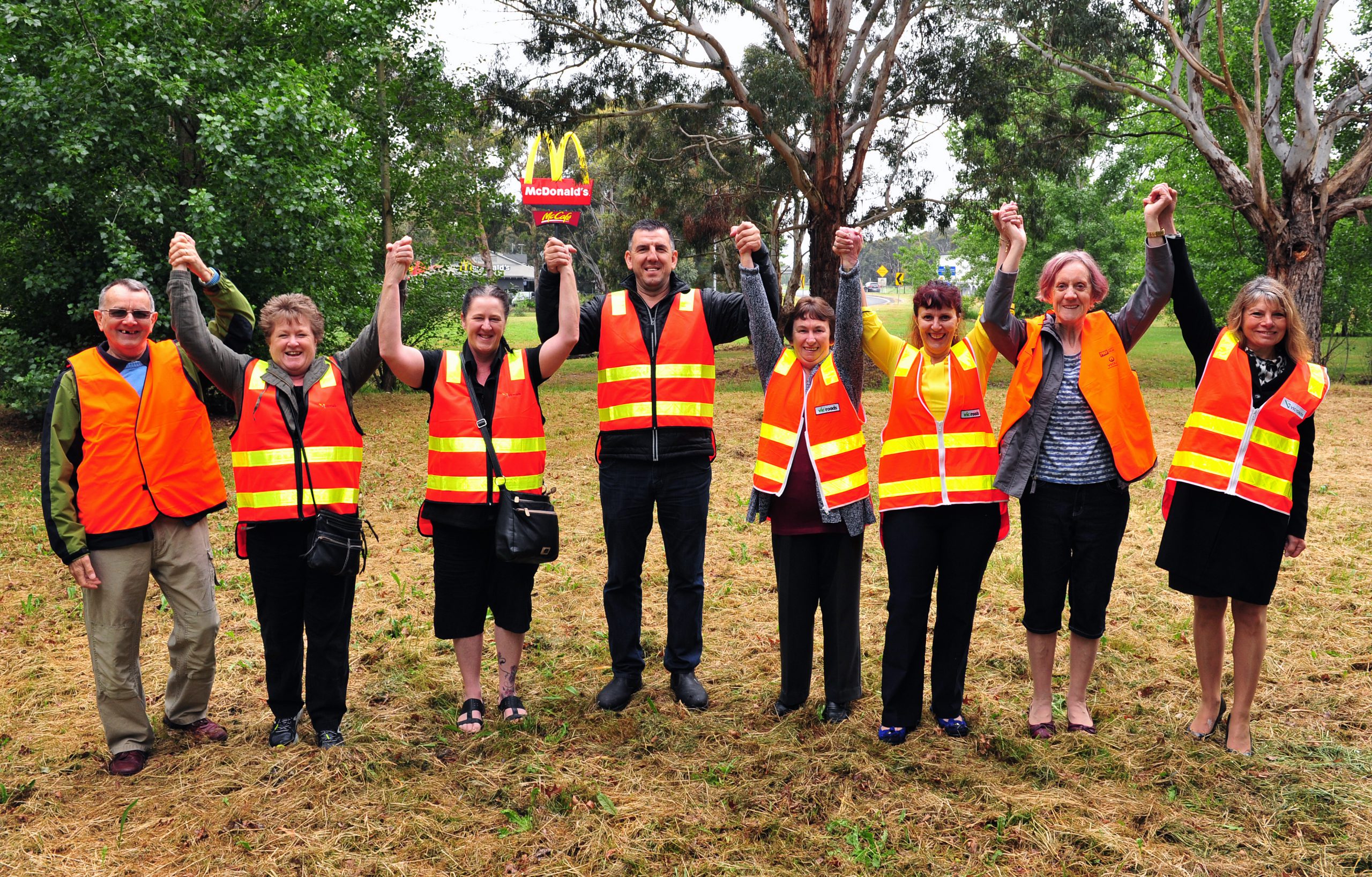 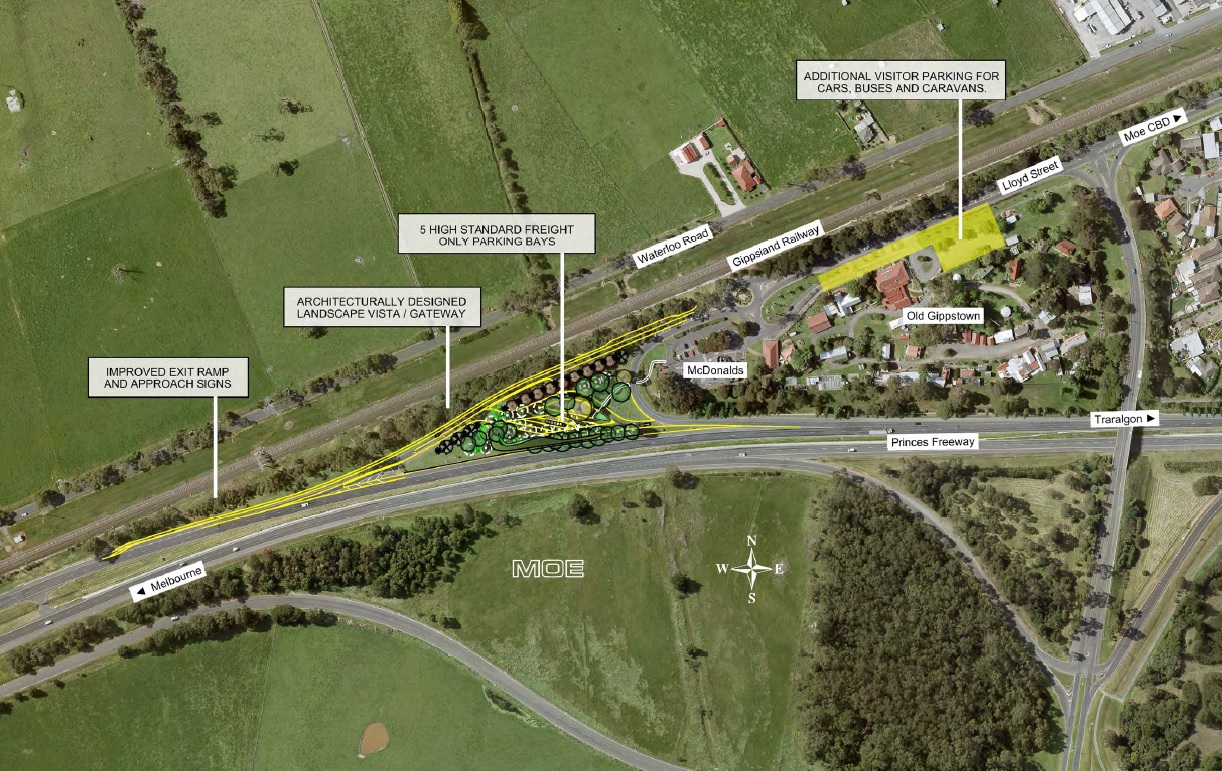 A $2.6 MILLION gateway project to welcome commuters to the Latrobe Valley has been proposed at the entrance to Moe.

The plan, being developed by VicRoads and Latrobe City Council, includes a high standard truck rest area with architecturally-designed landscaping, improved signage and lighting on the Princes Freeway approach to Moe, new on and off ramps and the possibility of extra visitor parking for cars, buses and caravans at Old Gippstown.

Importantly, the project has the backing of the town’s key community groups – Committee for Moe, Moe Traders Association, Old Gippstown, Make Moe Glow and Moe Development Group – who came together yesterday to hear more about the proposal and are being encouraged to come up with ideas for how it should look.

Committee for Moe president Manny Gelagotis said the project would beautify the entry point and help keep roads safe by giving truckers a place to rest.

“It’s the gateway to Latrobe City and it’s really important that we get it right so that commuters are welcome through our area,” Mr Gelagotis said.

Part of the project would include a new rest area for visitors at Old Gippstown and is hoped to have a positive flow-on effect on visitor numbers to the town.

“It will give a sense of arrival and say, ‘you’ve arrived in a really beautiful place so come off the highway, come and have a look at Moe and everything to do with Moe’,” Ms Jones said.

Moe Traders, Make Moe Glow and Moe Development Group representatives all welcomed the proposal, which they say will be an opportunity to fulfil long-held plans to beautify the entrance to town.

Ideas already suggested for the project by community groups include artwork and improved signage promoting Old Gippstown as a tourist attraction.

“Beautifying the entrance is something the Moe Traders have been trying to work through for a decade, to brighten it up and make it more cheery and welcoming,” Moe Traders Association president Christine Waterhouse said.

“This is the gateway to Latrobe City and we want to make sure that for people coming into our city, when they hit our gateway, it’s a cut above and they’re going to know that they’re coming into a great city and a great town,” Cr Gibson said.

The truck rest area would include five parking bays constructed in the wedge of land between the freeway’s eastbound lanes and the off-ramp into Moe at the Latrobe City entrance and three more spaces on Moe-Glengarry Road near McDonalds.

It would be the only rest area dedicated to truck drivers between Longwarry and Traralgon and is hoped to tackle the problem of driver fatigue, a major factor in deaths on Victoria’s roads.

VicRoads hopes to obtain funding for the project from the federal and state governments under the Commonwealth’s Heavy Vehicle Safety and Productivity Programme.

With much of the project subject to VicRoads’ funding submission, it is hoped work will begin on the project in late 2016 if successful.