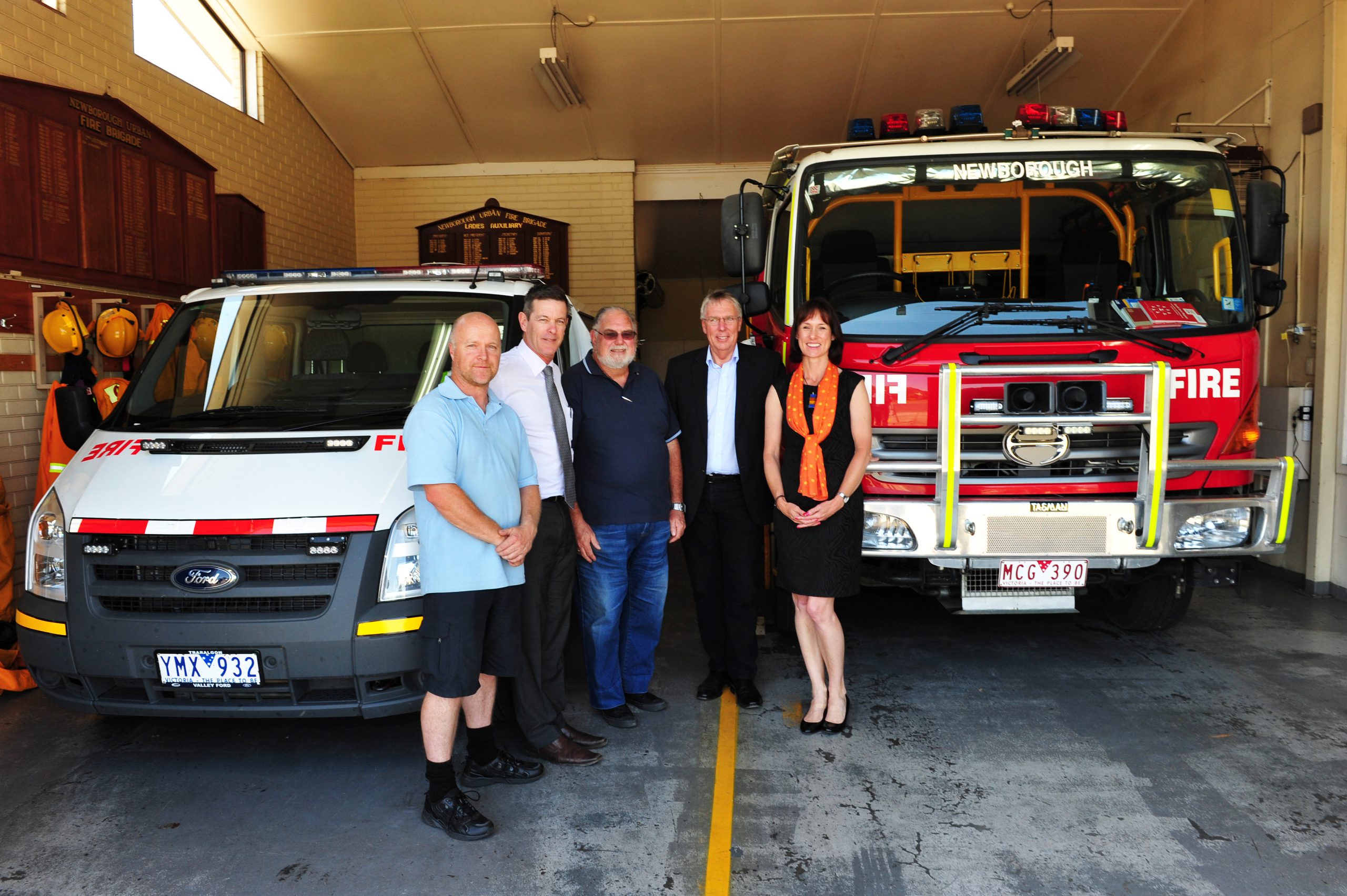 Nationals leader Peter Walsh and Mr Northe visited the facility on Old Sale Road yesterday to highlight the need to replace the station, which is believed to be at least 60 years old and has 33 volunteer firefighters.

Prior to the 2014 state election, the Coalition pledged $1.2 million for an upgrade to the station, but lost government.

Forty-year Newborough Fire Brigade volunteer and life member Hugh Falls said the biggest challenge of the current facility was a lack of space.

“Our meeting room is very small and there’s no real room for training inside,” Mr Falls said.

The brigade has three vehicles, two housed in the main station building and one in a rear shed which the brigade paid for.

Mr Falls said ideally, a new facility would have three bays, a larger meeting room and a training room.

A State Government spokesperson said Labor had delivered one of the biggest investments in fire services in the state’s history.

“This is in contrast to the previous government which cut $66 million from our fire services,” the spokesperson said.

New fire stations will be built at Huntly, Edithvale, Buninyong and Plenty, while Wattle Glen station will get an upgrade.

“Support for these five fire stations is critical as they are located in either high-risk bushfire zones or high callout rate communities,” the spokesperson said.

“Future government investment decisions will be guided by the CFA’s operational needs and priorities.”

A Country Fire Authority spokesperson said Newborough Fire Station was recognised as requiring an upgrade and it would “continue to look at options”.