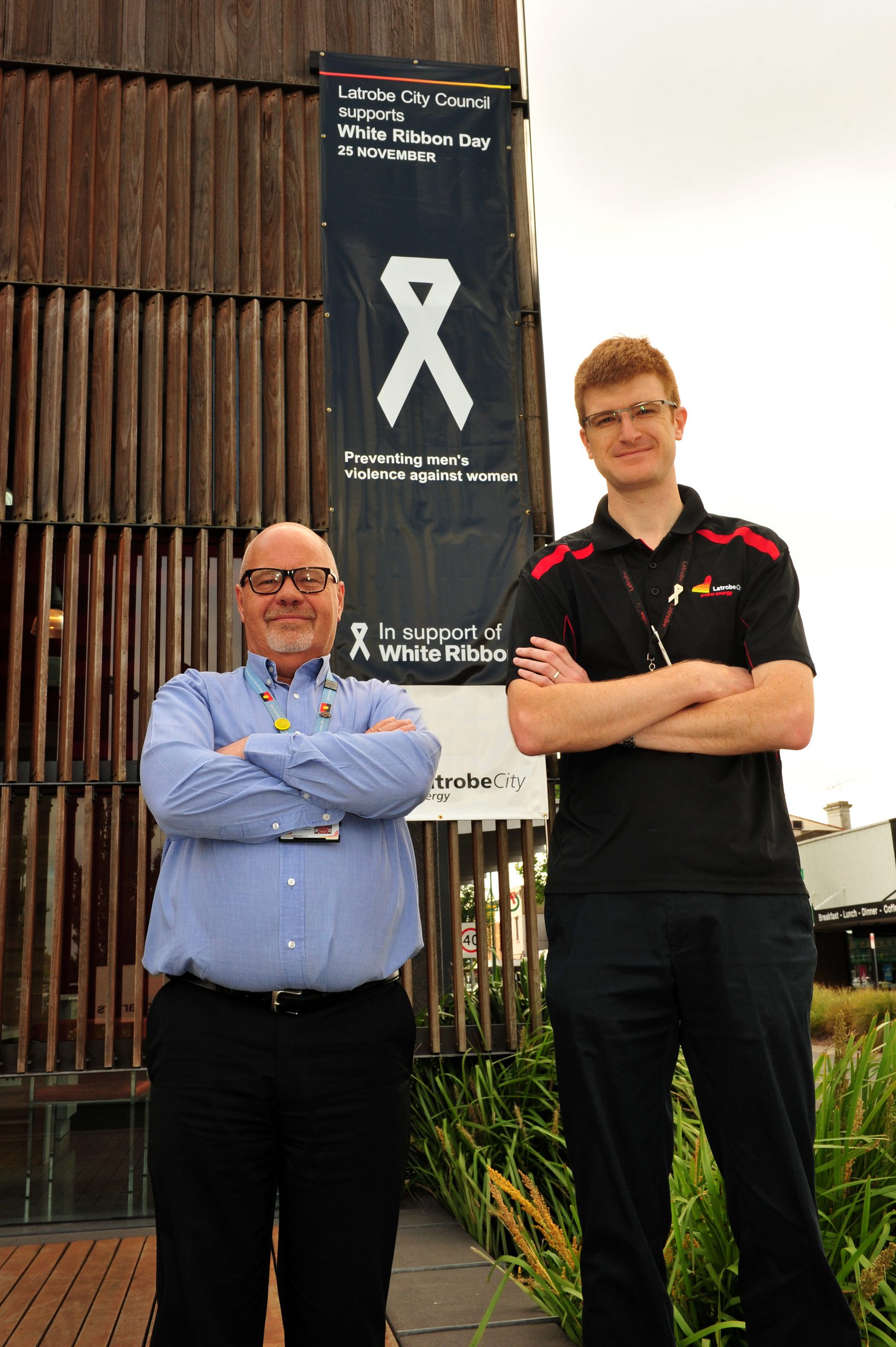 “Let’s tell everyone it’s not okay and let’s try to affect community attitudes to this terrible issue.”

Mr Tong is speaking of violence against women and Latrobe City’s call for action under its four-year Preventing Family Violence Plan.

The council has just signed a new enterprise bargaining agreement, which includes a family violence clause.

This will provide staff members who either experience family violence or support those who experience it with necessary leave.

It will also allow victims to vary their work hours or change phone numbers where appropriate.

In the lead-up to White Ribbon Day on 25 November, council is displaying banners across the region and asking businesses or organisations to do the same.

Afterwards it will run its own 16 Days of Activism against gendered violence on its Facebook page, highlighting significant preventative actions of Latrobe Valley organisations.

These are the small, concrete steps Latrobe City’s community development team is working on, as it develops the plan with the support of 40 people from different agencies and organisations.

“It’ll be one of those plans that starts off small and then it’ll grow,” Mr Tong said.

“As energy and momentum comes into the campaign, then more great ideas and more opportunities will arise.

“Every partner in that will have some individual input – it’s not necessarily a plan for council or council plan, we’d like to think of it as a grassroots campaign.”

Mr Tong said the ultimate goal was to create a cultural change, in which attitudes about women and gender equality were constantly challenged.

He said coaches who told junior sporting teams they were “playing like a bunch of girls” could no longer be excused.

He also said while support systems were in place to help victims of family violence, the focus would be on preventing the crime.

“More broadly, it’s about men taking responsibility and creating cultural change where we say, ‘we don’t do that around here, we don’t treat women in such a way’,” he said.

The coalition of about 40 members will have the capacity to share resources and information along with internal processes, such as the EBA family violence clause.

“The more equal a society is, the less prevalent violence against women is,” Mr Bantock said.

“Something as simple as asking the question of how many female managers you have in an organisation actually says a lot about the culture of that organisation; how accepted women are.

“If we can address the attitudes and the systems, then the statistics around family violence and gendered violence will follow.”

If you feel your behaviour may be violent towards your partner and would like to talk to someone, contact the Men’s Referral Service on 1800 065 973.

Australian of the Year and family violence campaigner Rosie Batty will speak in Traralgon today as part of a Latrobe Community Network event.

White ribbons are on display across the Latrobe Valley in a show of solidarity to end men’s violence against women as part of White Ribbon Day, Wednesday, 25 November.

All businesses and organisations interested in displaying a banner can phone community development officer Liam Bantock on 1300 367 700.

Council will also join Quantum Support Services at Bunnings Warehouse in Morwell for a sausage sizzle on the day.

The team will be available from 9am to 4pm, hoping to promote the cause while providing advice and information brochures.