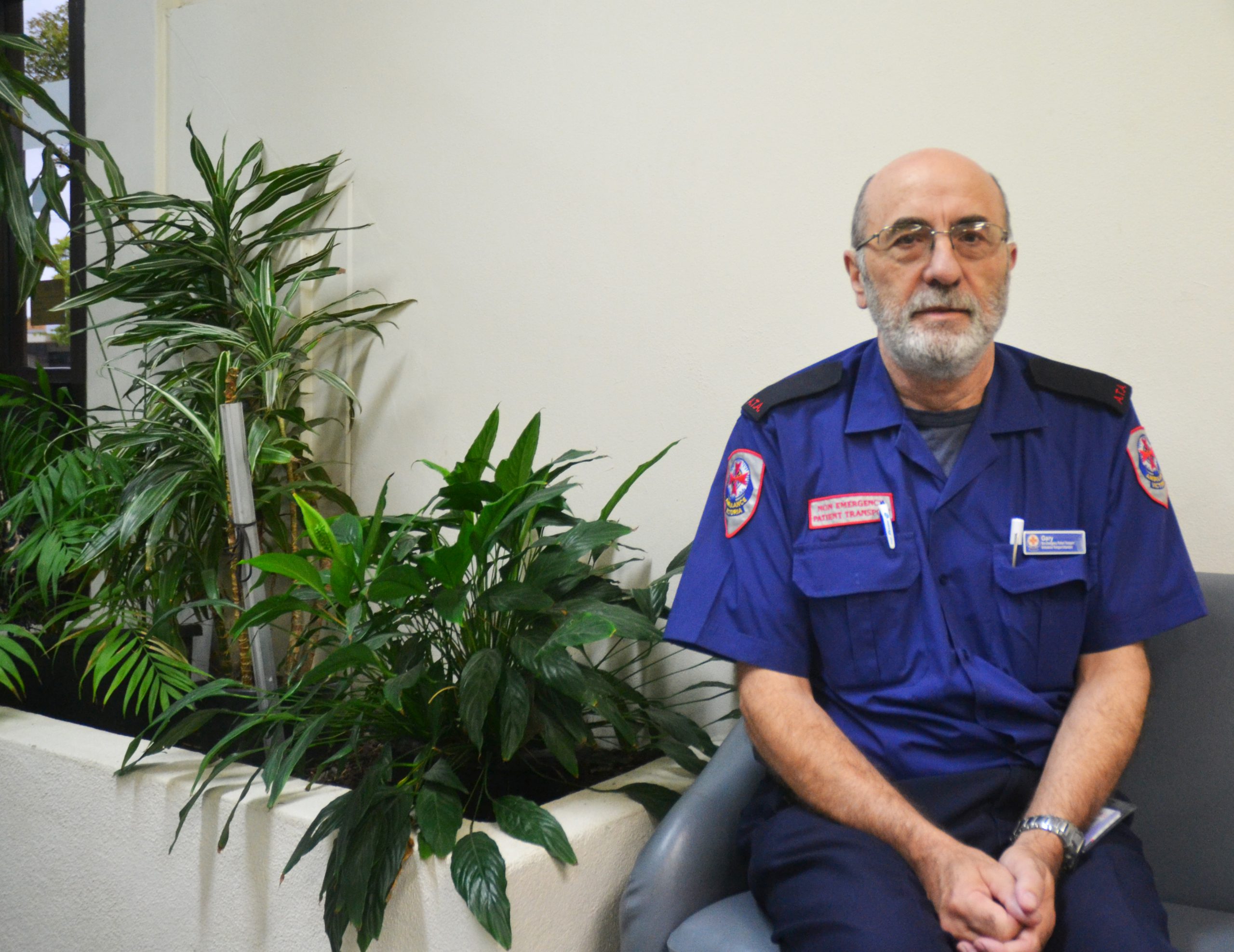 For the past 40 years Morwell paramedic Gary Patten has assisted Gippsland residents in their time of need.

While his career may not have always involved flashing lights, car crashes or medical emergencies, his role inside the ambulance service is just as important.

The 62 year-old said he “did all that” for five years before moving to the Morwell dispatch centre for 30 years.

When the centre closed in 2010, Mr Patten transferred to non-emergency patient transport.

The role is one he thoroughly enjoys, not just for the perks of standard working hours.

“It’s less stressful and there’s no shift work,” he said.

“Even now the job is fascinating. I deal mostly with elderly people, but not exclusively, and the stories they have and the people you meet makes it all worth while.”

With 35 years of shift work under his belt, Mr Patten was only more than happy to give up the varying roster for non-emergency transport.

“It’s hard because you do weekends and night shifts and there’s a lot of social functions you miss out on… dinners, birthdays, events,” he said.

“But you also get out of a lot of things you don’t want to go to, random weddings and things.”

“It was definitely hard on family. My wife is relieved I’m not on shift work. She was often home at night alone with young kids,” Mr Patten said.

While retirement is something he is “certainly thinking about”, Mr Patten said he would continue working as long as he was in good health.

“We’re not always out there saving lives, but I like to think that just being there to help people in a time of crisis and being able to reassure people makes a difference.”