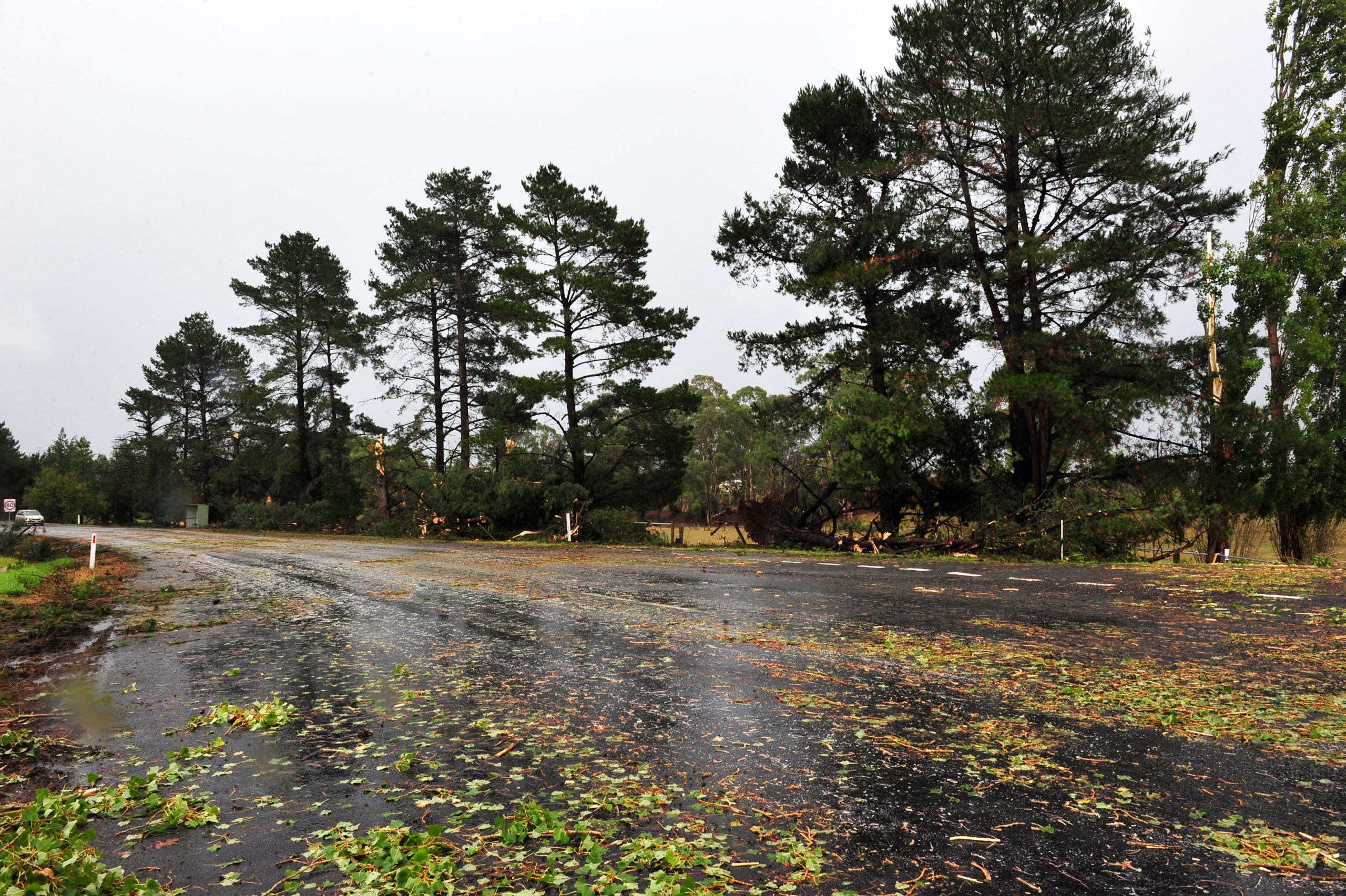 Heavy rainfall and strong winds lashed the Latrobe Valley and other parts of the state on Friday following a severe weather warning from the Bureau of Meteorology.

Power was cut from more than 1200 properties across the Valley and about 80 calls in Gippsland were made to the SES before 11am – most of which were from the Morwell area.

But it was not all bad news for Latrobe Valley residents.

Dairy farmer Chris Griffin, whose farm is just north of Moe in Westbury, described the rainfall as the autumn break he’d been hoping for.

“This will certainly assist anyone who has a calving pattern,” Mr Griffin said.

“It’s very pleasant and almost reminiscent of autumn breaks I can remember 20 years a go.

“A good soaking of rain of this amount is ideal for this time of year.”

Mr Griffin milks 390 cows on about 110 hectares of grazing area and said the moisture should promote a bit of growth.

The Latrobe Valley received on average about 30 millimetres of rain until 3.30pm, with Mr Griffin recording about 41.5mm from 3.30am until 3.30pm.

He could not remember the last time the region had received that amount of rain in one hit – his only complaint being there was too much wind.

“Hopefully there are quite a number of smiling dairy farmers across the district as a result of this,” he said.

The heavy rainfall eased to showers towards the afternoon, but the strong south-westerly winds persisted into the evening.