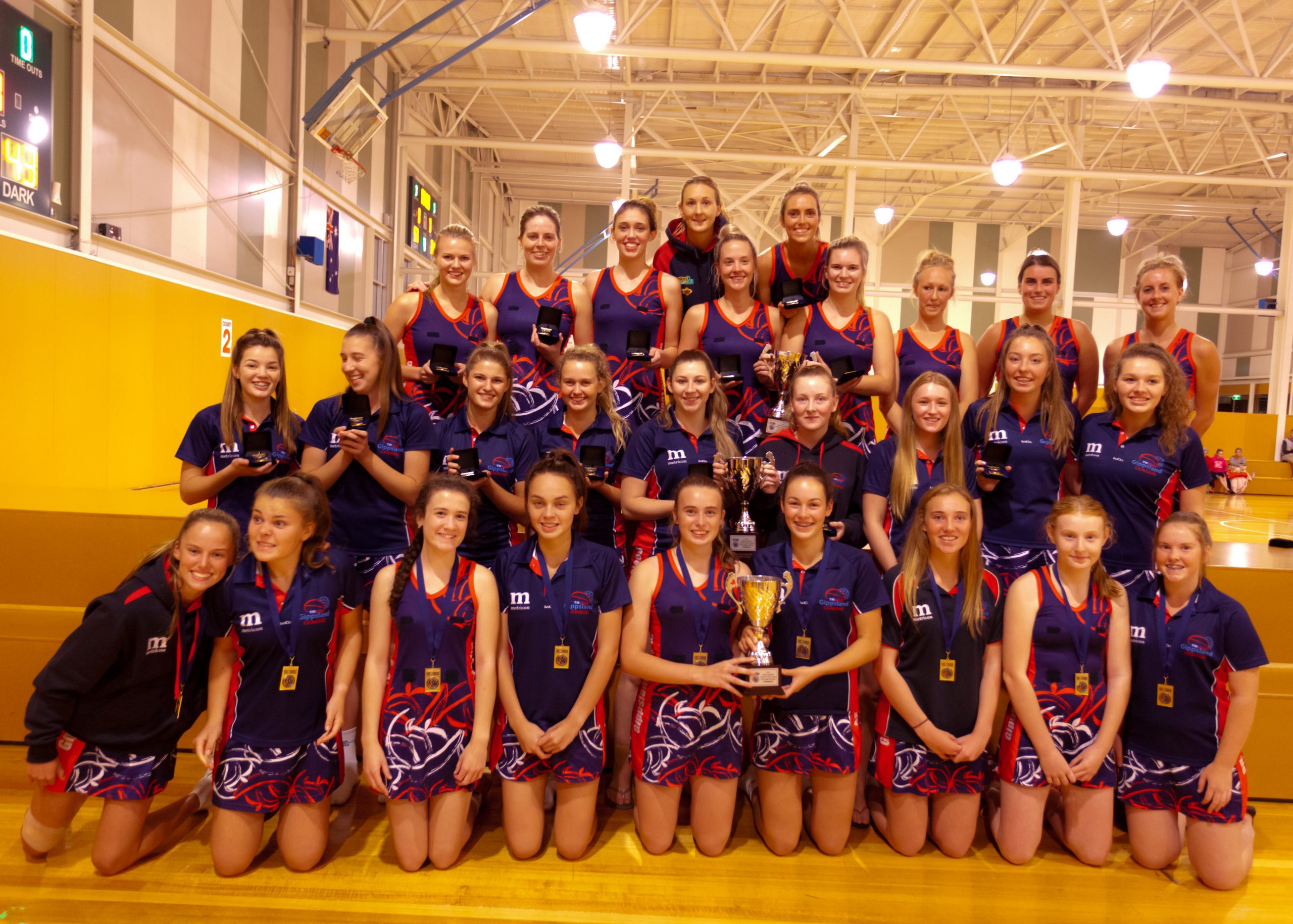 The Gippsland League again proved its dominance of the Regional Victorian Netball League competition by taking all three premierships at Churchill last week.

Mid Gippsland was missing key goal attack Jess Holland and mid court player Danielle Hilliar, but the side covered the losses admirably in the early exchanges.

Mid Gippsland struggled to feed Taylin Gourley with the ease of previous rounds and was at times double marked by the Gippsland defenders.

Meanwhile, Gippsland’s goal shooter – Taylin’s sister, Ramayer Gourley – was enjoying a feast of feeds from her goal attack, and player of the match, Courtney Blair.

Gippsland played its best netball in the third quarter and denied Mid Gippsland any sniff of a comeback to win out by 18 points.

A 20-goal first quarter to Gippsland built an 11-goal lead and extended the margin each quarter to win 64-35.

Captain Taylah Brown and Heidi Gaudion played a near flawless game in defence and did not give their opponents an inch in the goal circle.

Down the other end Gippsland’s Chelsea Livingstone lived up to expectations; she did not miss a shot in the first quarter and hit 86 per cent for the game to be named player of the final.

Gippsland’s 19 and under team also came out of the blocks, firing against SNA in a 19-6 first quarter.

Sale was on the back foot but kept afloat through stoic defence from Paige Biddle, however Hot Shot award winner Daisy Hill showed her class by shooting at 72 per cent for Gippsland.

Gippsland defender Amy Tosari was named player of the final in her team’s 57-31 triumph.

On the umpiring side Bonnie Burns was awarded her B badge by long serving competition umpire supervisor Felicity Di Toro.