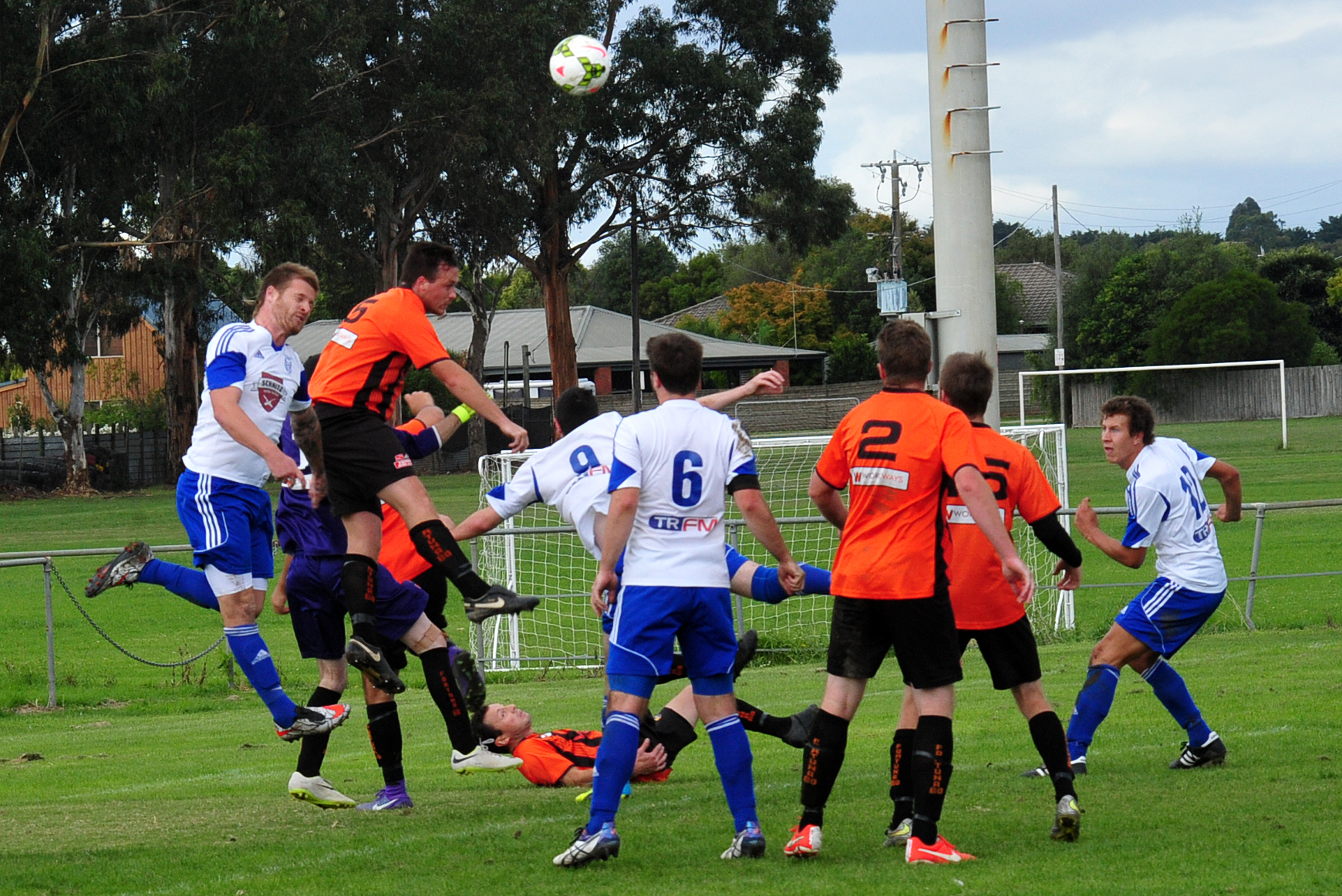 The Latrobe Valley Soccer League championship race is wide open after two rounds with juggernauts toppled and underdogs baring their teeth in the early going.

Defending league champion Falcons 2000 lost its season opener to Churchill on Saturday night, following a round one bye, after 2015 runner-up Sale United also failed in round one against Olympians.

The competition took further twists in round two as Fortuna felled Olympians away from home.

FORTUNA ’60 silenced some sceptics on Sunday after knocking off Olympians 3-1 in a feisty clash at Harold Preston Reserve.

Lions’ coach Luke Cheney sent the visitor 1-0 up by half-time before tempers took over and cards came out in abundance late in the match.

Evenly matched in the centre of the pitch, Fortuna was more piercing in the final third with Cheney often the architect of forward thrusts.

A neat flick from the coach to a roving Nick Waring saw the former Pegasus midfielder chip the keeper from an acute wide angle to double the Orangemen’s lead early in the second stanza.

Fortuna was lucky not to lose a man after an angry reaction to a Chad Shelly-challenge dropped the Olympians midfielder to the floor but escaped with only a yellow.

The visitors had a chance to go 3-0 up with a one-on-one chance but sprayed the final shot wide.

Olympians brought Heydan Cook into the game in search of an answer midway through the half and increased forward pressure paid dividends.

A second time cross found Tony Pardo ghosting off the pack at the back post and he calmly controlled and finished in the bottom right corner to make it 1-2.

Shelley had his free kick from 20 yards tipped over the bar shortly after as Olympians continued to press, but the Traralgon side found itself a man down when striker Alradi Ismail received a contentious straight red for a high foot in the penalty area.

He was not the only Olympian to be dismissed with coach George Fkiaras ejected from the technical area due to remonstrations.

Fortuna made the most of its numbers advantage when Cheney rifled in a late free kick to take the three points back to Crinigan Road.

Reigning League and Battle of Britain champions Falcons 2000 were at home to Churchill on Saturday night looking to pick up where they left off in 2015 after their round one bye.

Falcons started the slower of the two sides but as the half wore on the Birds started to assert their domination, hitting the crossbar on three occasions.

Eventually they went ahead on the stroke of half-time when prolific striker Jesse Kennedy was felled in the box and duly converted the penalty to hand his side a 1-0 lead.

The home side looked in control until the 55th minute when coach Nick D’Alessandro was given a soft second yellow card and his marching orders.

All of a sudden Churchill was right back in the contest and duly equalised with 20 minutes to go when a cross from Ray Myers floated in to the top corner from the by-line.

With 10 minutes to go Falcons went down to nine men when young wing back Isaac Abas reacted angrily to some on field banter and received a straight red.

Churchill nabbed the winner at the death with a free kick evading all and sundry to nestle in the bottom corner of the net.

After the Easter break Falcons will look to get its season back on track with a Sunday home fixture against Pegasus.