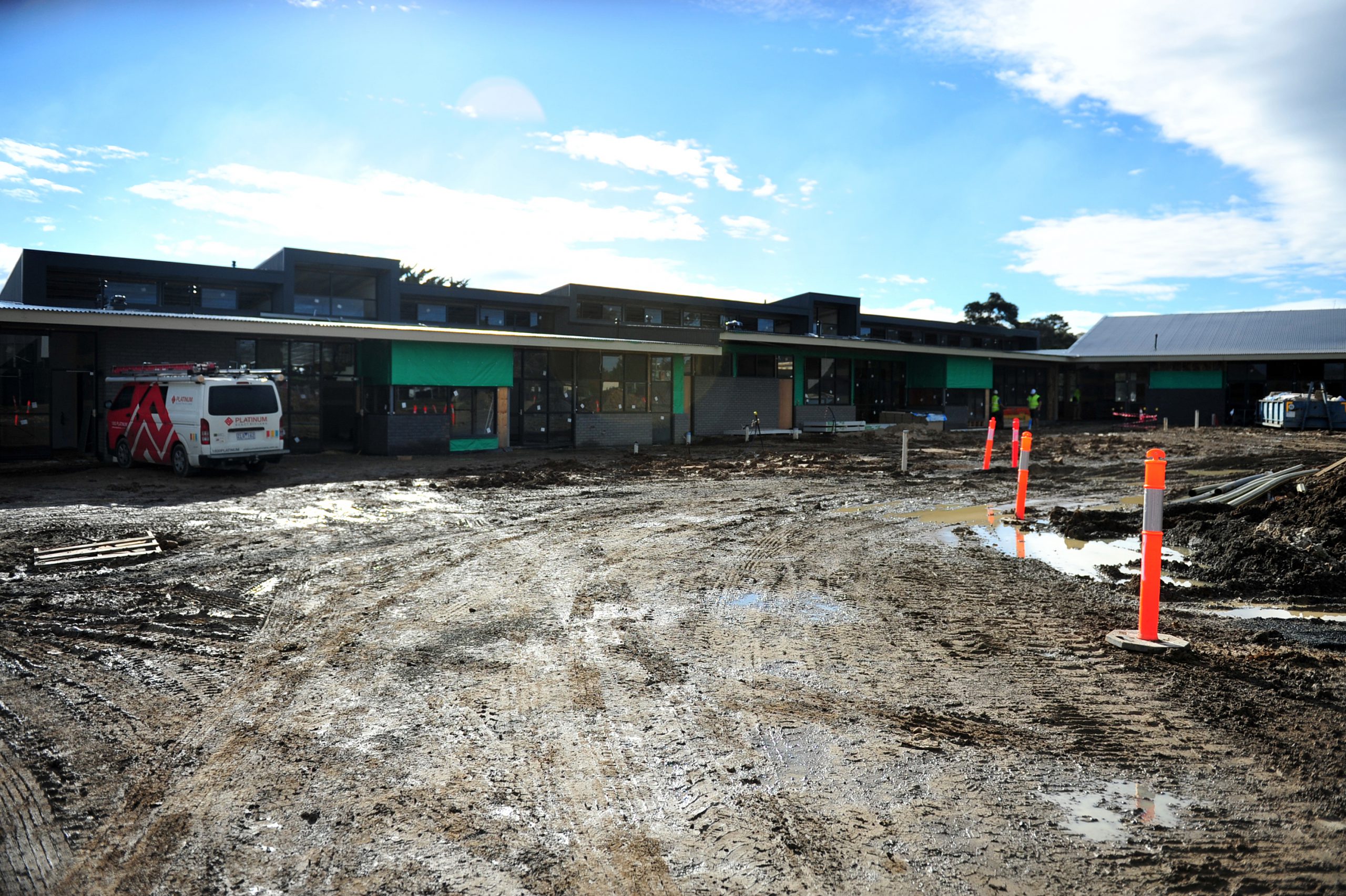 A PARENT of two students attending one of the three Morwell schools set to merge has voiced concerns over the project’s lack of finer details.

Karl Bennett, who has two children attending Tobruk Street Primary School, told The Express parents had been left in the dark surrounding the particulars of the Morwell school merger project, 10 years in the making.

Of high concern to Mr Bennett was no appointment of school principal six months out from commencement of classes at the new school.

He said this was making it difficult for parents of the three merging schools – Tobruk Street, Commercial Road and Crinigan Road – to decide whether it would be the right school for their children as there was no one point of call for answers.

“There’s no principal, we don’t know the teachers… how are parents meant to digest if this is the right school or not?” Mr Bennett said.

Relatively new to the area, Mr Bennett said he was not alerted of the upcoming merger, despite its plans dating back to 2006.

“When we enrolled our kids a couple of years ago we weren’t told that potentially in the next five to 10 years our kids would have to move as a new school was in the works, otherwise we would have been more decisive in what school they went to,” he said.

“It’s not recommended to (change) your child’s school, there’s a lot of negative things that come with it but we have no choice, one way or another our kids are moving.”

Speaking to The Express earlier in the month, the three school’s principals confirmed a school name, uniform and principal had yet to be decided.

But they said the new school was open to enrolments.

This was of surprise to Mr Bennett, who questioned how enrolments could be taken for a school not yet built.

“I don’t know how they can enrol someone when there’s no school name, logo, uniform or curriculum,” he said.

Department of Education spokesman Alex Munro said a principal was expected to be appointed in term three, as “is standard when establishing a new school”.

“This appointment timeline gives the principal the time they need to develop the systems, policies and procedures necessary to establish a new school,” Mr Munro said.

He said the school’s interim name was Morwell Central Primary School, with a permanent name to be decided once a principal was appointed.

“The principals of the three schools merging have been meeting regularly since 2015 to work on curriculum development and alignment, student transition support, and building a new collective school culture,” Mr Munro said.

He did not answer questions from The Express on whether parents would be subsidised for the cost of new uniforms, or if any staff redundancies were being made as a result of the merger.

Mr Munro did not provide any details on how transitioning the estimated 420 students to the new school would work.

Mr Bennett said while the school sounded great on paper it was this lack of available information that concerned him as a parent.

“Don’t get me wrong, anything brand new is awesome and great for the future, and naturally conditions apply with such a significant school being built,” he said.

“But it all seems a bit fast tracked in the past six months. From 10 years in the making, they really haven’t done anything.

“We’d like to know what’s happening. We (as a family) plan 12 months ahead, we’ve asked these questions over and over but we still have no answers.

“All this little basic stuff should be planned out, it’s the details in the curriculum that make a school (different). With six months to go how is anyone meant to decide on that school’s application for their child?”