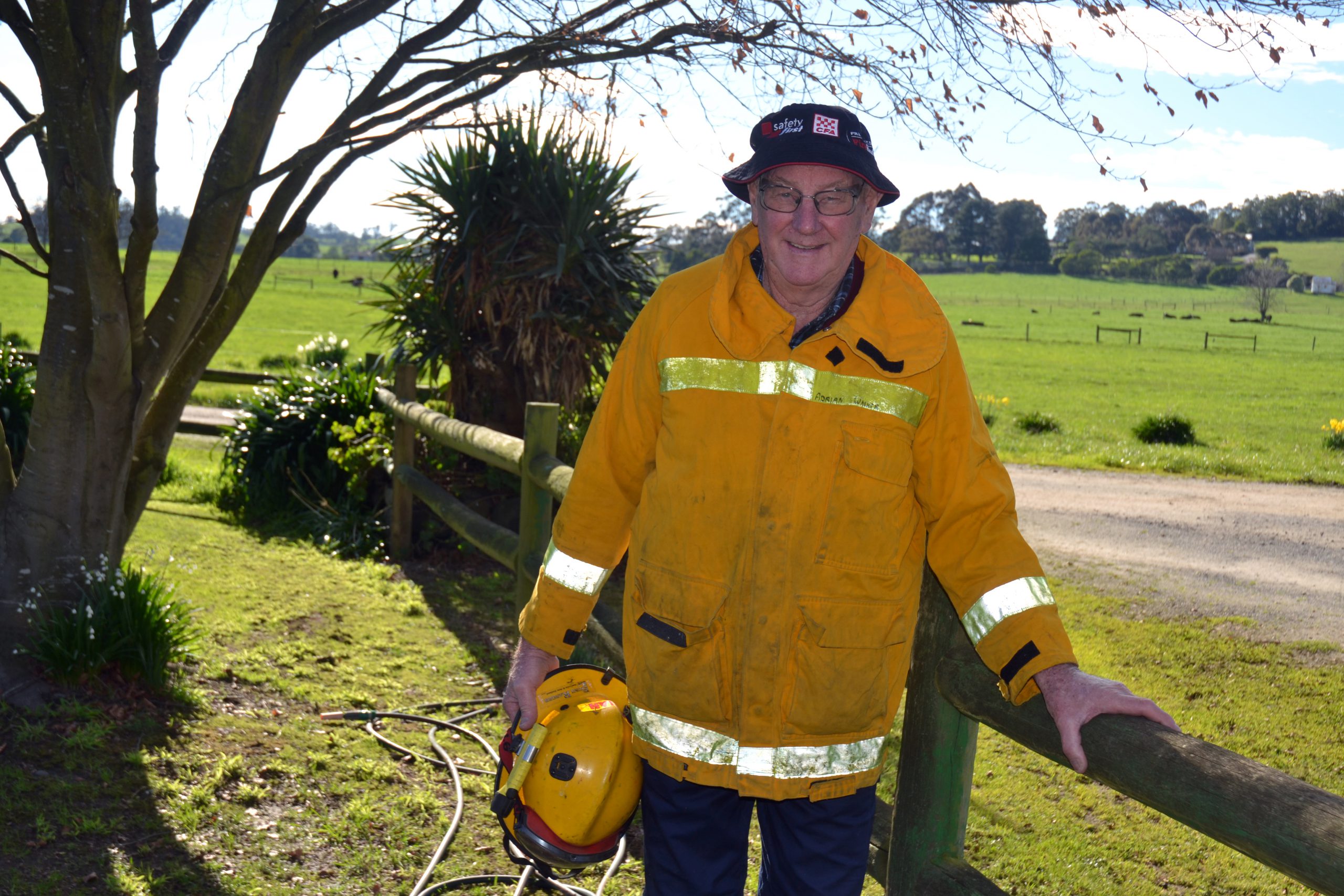 In the Valentine’s Day blaze a series of grass fires swept through the Latrobe Valley killing 13 people and leaving a lasting impression on the then-primary school student.

“Coming home from school with everything on fire, left an imprint in my mind. It’s a big part of why I joined the CFA,” Adrian said.

Adrian, now 80, has been with the Yinnar South Fire Brigade since he was a fresh-faced 20 year-old.

Starting out fighting fires with hand operated pumps and “not many tools”, Adrian said times had changed dramatically over the past six decades.

“The equipment is beautiful now compared to when I started,” he said.

“In the past, before we had our diesel (fire) trucks, the petrol on a hot day would vaporise. It probably wasn’t the best idea when our job is based on being around heat.”

Adrian, a farmer by trade, continues as an operational firefighter to this day and will do so until he “falls all over”.

But he’s just as happy to sit back and give the younger members a chance to serve their community.

“I like to go and make sure the truck gets out the door. If there are a lot of people there, I will stand back and let them go,” Adrian said.

He’s held many ranks in the brigade during his volunteer career, including captain for 20 years, secretary, a lieutenant and Morwell Group Officer for 16 years.

“I’ve had other roles over time but I’ve forgotten what they are – the list goes on too far,” Adrian said.

One role he does remember is that of a member of the CFA’s Peer Support Program.

Through the program Adrian and other members provided counselling for firefighters across the state who witnessed traumatic incidents.

“It’s something we don’t talk about (the program), but it works,” he said.

With the titles and leadership stints Adrian has attracted his fair share of awards, including his 60 years of service medallion.

“I feel very proud. I’m not one to be worried or concerned about medals, they don’t excite me that much – it’s more my desire to serve the community,” he said.

“But I suppose not many people reach 60 years so it is an achievement.”