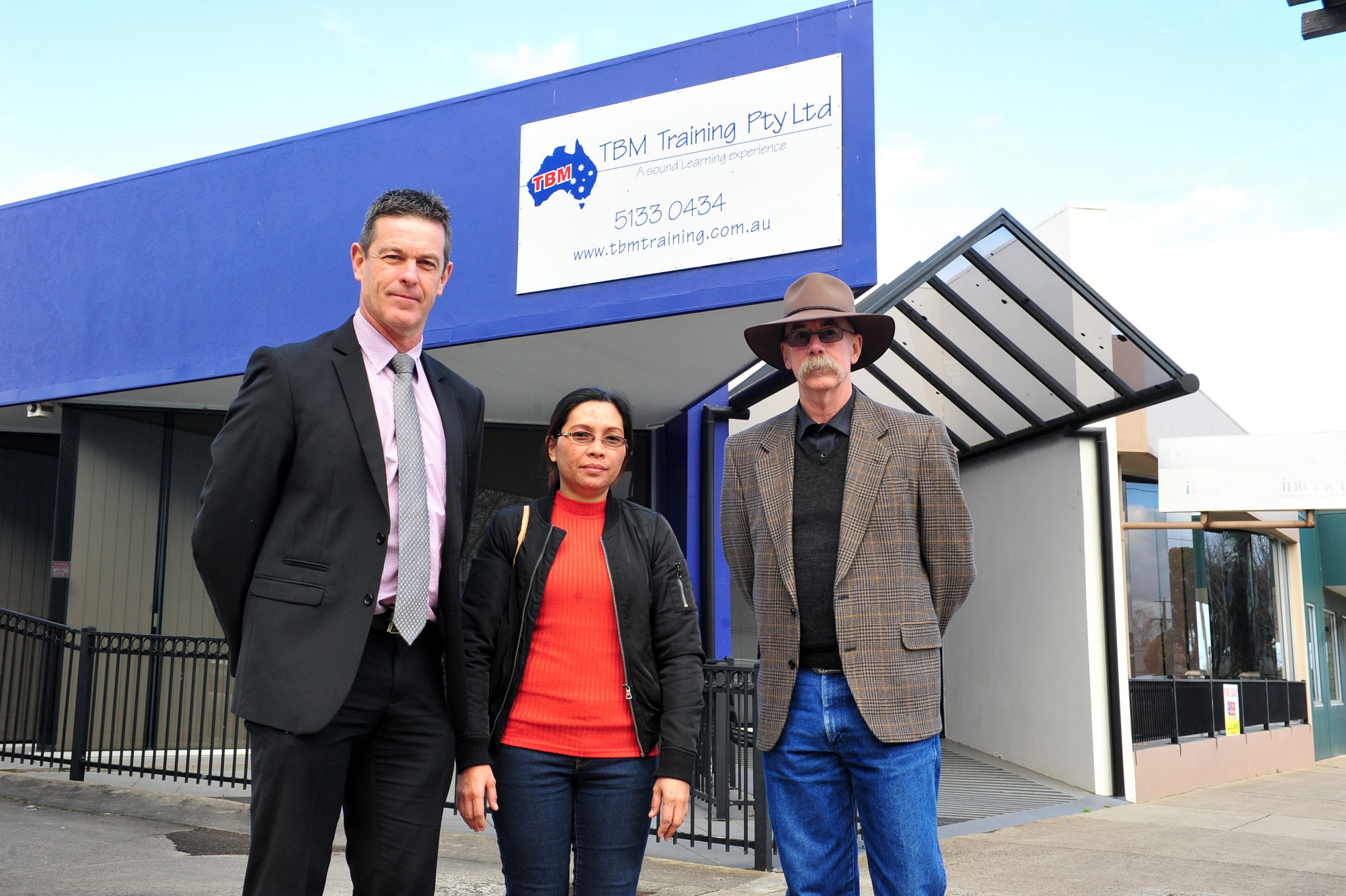 A Gippsland politician has slammed the State Government for not stepping in to help students with fees and course recognition after local training providers suddenly closed their doors.

Member for Morwell Russell Northe has labelled the situation some vocational and educational training students find themselves in as unfair and unjust.

He says little to no support has been offered to students who were enrolled with now closed organisations such as TBM Training and Worksafe Training Centre, which each had campuses in Morwell.

One such student, Rochelle Parrilla, who enrolled in a six-month aged care course shortly after arriving in the Latrobe Valley, is facing the prospect of starting her training from scratch and incurring additional fees.

The 42 year-old was not eligible for government funding via the Victorian Training Guarantee scheme.

Mr Northe said none of her prior learning has been recognised due to lack of student records.

“There has been no support for people like Rochelle post the closure of these businesses,” Mr Northe said.

“But people like Rochelle are now forced to essentially pay additional fees to do another course with another provider and they don’t have the recognition of the units they had previously completed or the work experience they had undertaken in its totality.

“It’s completely unfair, unjust, it’s not the students’ fault this has occurred and there has to be a better response from the State Government to these issues.”

Ms Parrilla had almost completed her course with TBM Training when it went into liquidation and closed its doors in April this year.

A spokesman from regulator Victorian Registration and Qualifications Authority said the liquidator had written to all affected students informing them of what they could do.

This included support available from the VRQA, and the VRQA had listed information on its website.

“The VRQA has issued statements of attainment and certificates to students where TBM records have enabled us to do so,” the spokesman said.

“It is important for quality purposes that certificates are only issued when documented evidence is available showing completion of a module.”

A Department of Education and Training spokeswoman also confirmed the department had written to all government-funded TBM students after the company went into liquidation.

“The letters explained the next steps students could take, including approaching a TAFE, and gave contact details for the VRQA,” the spokeswoman said.

She said the department had been working hard to ensure all affected students were informed of their options to continue training, “often at no additional cost”.

But Mr Northe said it appeared this did not apply to students such as Ms Parrilla, who is facing a nine-month delay to obtain a qualification she may have to pay for again.

A spokesman for the State Government said students remained a number one priority.

He said government-funded students were able to continue their training at Federation Training or Chisholm Institute for no additional cost.

“This government has been working tirelessly over the past 18 months to improve the quality of training at government-funded training providers.

Students who would like further guidance and advice can email the VRQA at qar@VRQA.edumail.vic.gov.au or phone 9637 2806.

Affected students can phone the TAFE and Training Support Line of the Department of Education and Training on 131 823.

Here, they can receive information about their entitlements, enrolling with suitable alternative registered training providers and the arrangement with Chisholm Institute and Federation Training.

Non VTG students, who have paid up-front fees, should register to become creditors of TBM.

They can contact the liquidator, Salvatore Algeri of Deloitte Touche Tohmatsu, by email on

tbmtraining@deloitte.com.au or by phone on