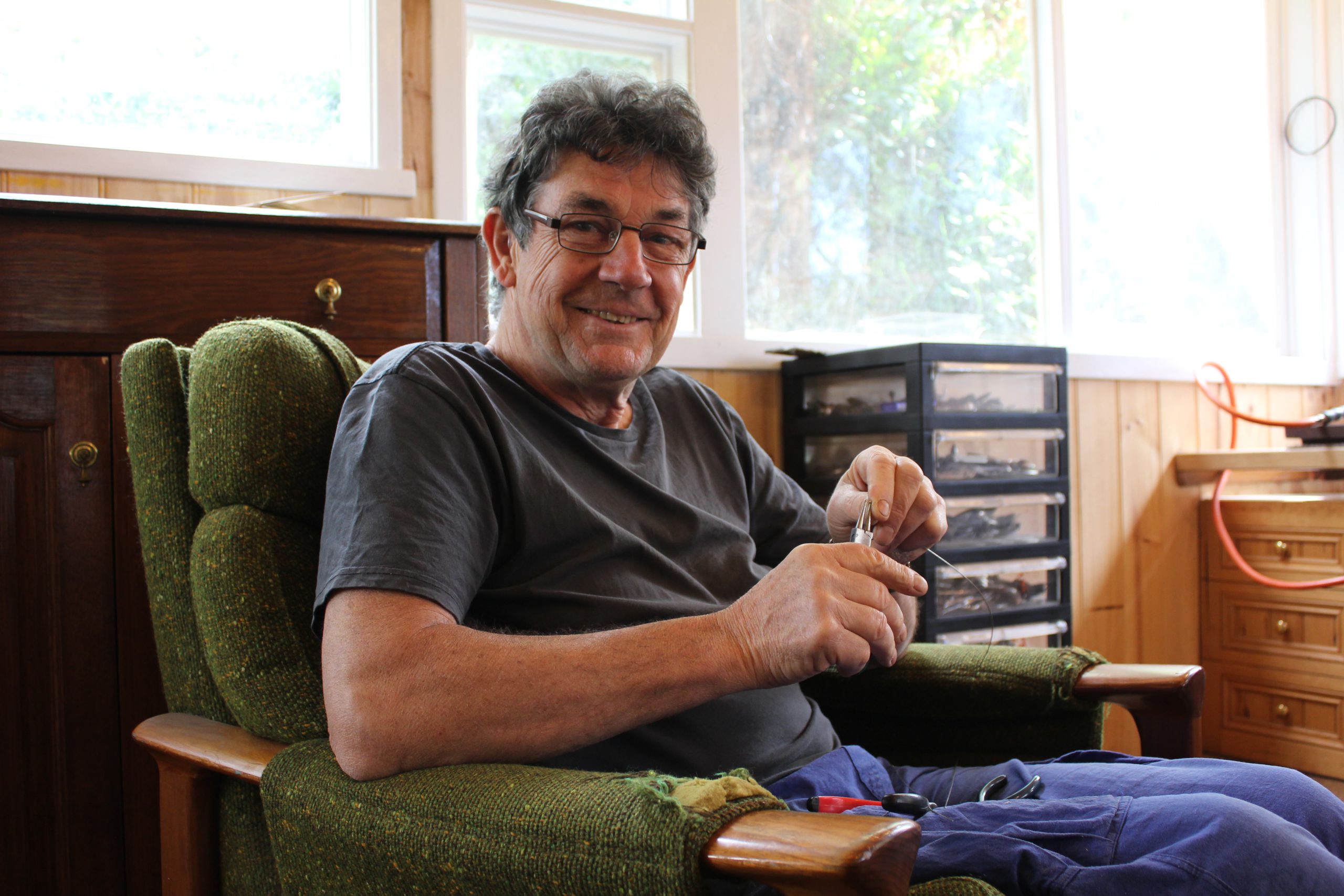 IN a retrofitted dairy shed in the hills of the Strzelecki Ranges, an Irish artisan is crafting bespoke silver jewellery.

Bathed in natural light from the wrap-around windows that look out to the large gum trees, John Frayne’s studio is the perfect hide-away for any reclusive artist.

John said the property in Boolarra reminded him of his homeland after years on the road selling his wares to galleries across Australia and opening his own downtown studio in Fremantle.

“During that time I came through Gippsland and looked around and thought ‘I’d love to live here’ and it reminded me of Ireland, only five degrees warmer,” John said.

“I felt like I should be moving here and that went on for about five years and I looked for a place and this place found me. I don’t think I made a choice about it.”

John is among 22 artists participating in Moartz’s ‘Open Studios Latrobe’ event that invites locals to spend their weekend wandering through Gippsland art studios on Saturday and Sunday, 22 and 23 October from 10am to 4pm.

“I’ve always wanted to open my workshop to the public and this seemed like a good way to start,” John said.

The craftsman said the studio, which sits beside his home, was the only building in a collection of sheds to survive the 2009 fires, a fate he attributed to its tin cladding.

Inside, John sits at a green vintage lounge chair by a wood stove as he manipulates and twists the silver and copper wires into submission.

He is surrounded by spools of the material hanging from recycled timber walls, a desk with soldering material, blow torch, a series of vices, an old library card filing system filled with trinkets and a bench of polishing wheels to give the silver its desired lustre.

The former chemist and teacher has been making Celtic jewellery since the 1980s.

He said he was largely self-taught, first starting the practice to support himself through study and selling his work at market stalls on the streets of Dublin.

“People love the Celtic patterns. My work has always been well supported, everywhere that I’ve travelled,”

Many of the pieces are unique.

Rings are made from decorative, souvenir spoons and forks have been used to make bangles and necklaces.

He said a woman in Mirboo North recently brought him a fistful of heirloom forks and spoons and a week later asked if he could make something for her family.

Using the decorative handles, he made four bangles for the family’s four sisters.

“I cut them in the middle, soldered them together and made four bangles for (the) sisters, got them plated and gave them back to her,” John said.

John runs jewellery making workshops from his studio and in Mirboo North.

For a list of artist studios at this month’s ‘Open Studios’ event, visit Facebook, tourist information centres, galleries or a local library.