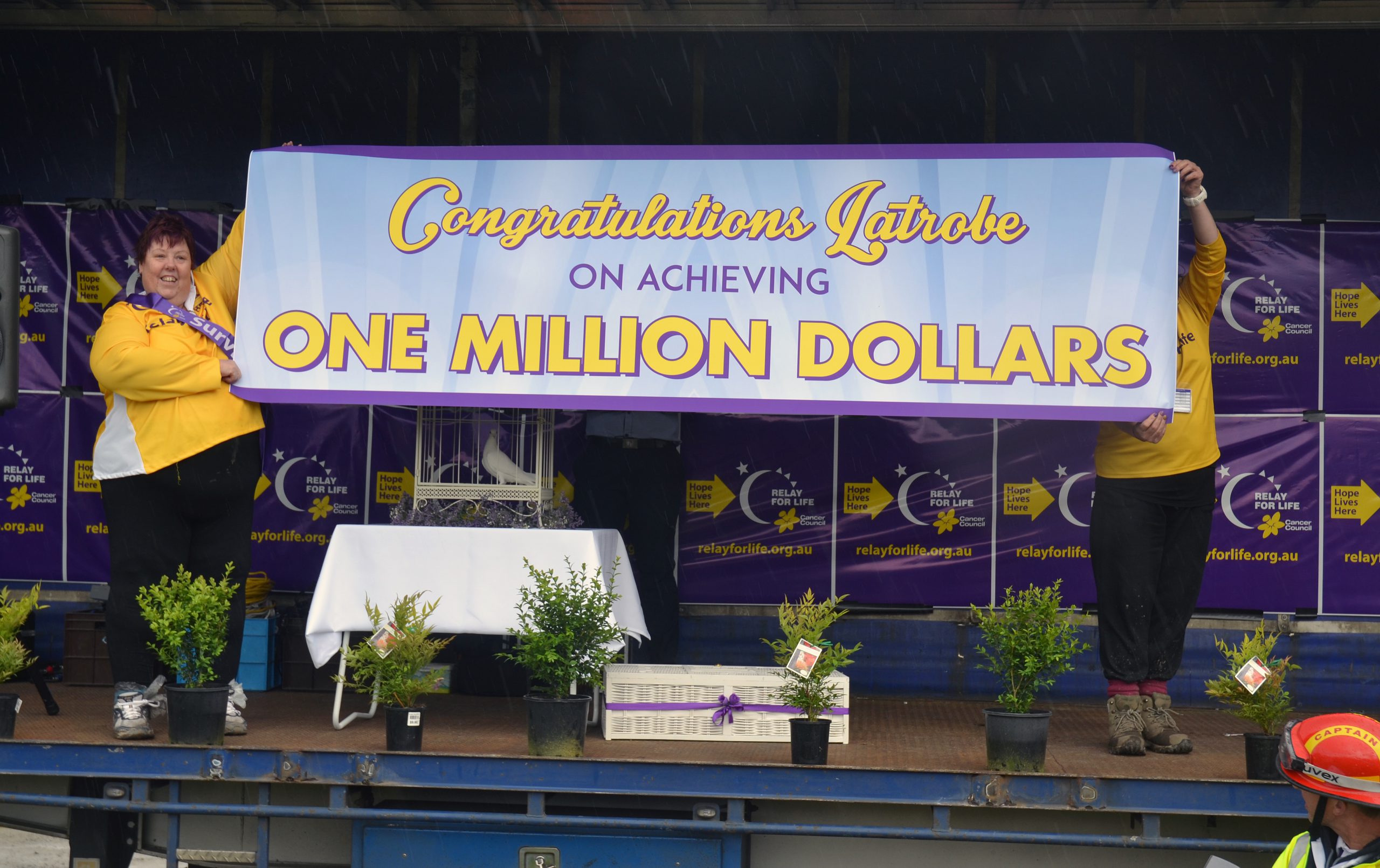 When this year’s Latrobe Valley Relay for Life brought the total raised in the event’s 15-year history to $1 million Thorpdale’s Tracey Chambers was on stage to mark the occasion.

A long-time relay participant, Ms Chambers shed tears as she took the microphone.

Her message was one people hear on a regular basis – if you feel something is wrong and it could be cancer, see your doctor today.

It is a lesson Ms Chambers understands personally after being diagnosed with uterine cancer two years ago.

“I went down to Monash (Medical Centre) and had the gynaecological check, they said ‘everything should be right, 90 per cent of the cases come back clear’,” she said after the ceremony.

Luckily, the cancer was removed during the gynaecological exam but surgery was required to confirm its removal.

“I’ve had no treatment at all (since then) and that was July two years ago,” Ms Chambers said. “It really just sunk it home, you don’t think it’s going to happen to you and it does.

“I was relaying before that, but before that it was to help. Two years ago it became personal.”

She now has check-ups every six months and is counting down until her five year test when she will be declared to have beaten the cancer.

Ms Chambers said she was buzzing after this year’s relay brought the total funds raised to more than $1 million.

“It’s fantastic – we’ve got our one million… we’ve just had a fantastic relay and the people of Latrobe Relay are awesome and they’re special,” she said.

This year’s edition of the relay attracted 399 registered participants to Tyers Recreation Reserve on Saturday to walk through the night in support for a cure in the wind and rain.

The event concluded on Sunday morning with the news this year’s edition had raised more than $104,300 – with some funds still to be counted – and the release of four white doves.

Latrobe Relay for Life chair Sue Van Heurck said breaking the $1 million mark was a huge achievement brought about by the community’s desire to find a cure for cancer.

“It’s people who are passionate about finding a cure for cancer. So we have teams who join Relay and they usually do fundraising through the year and it can be all sorts of things from a typical raffle to garage sales,” Ms Van Heurck said.

“I truly believe it’s because everybody knows somebody or is touched by somebody with cancer.”

This year’s event attracted participants from across the Latrobe Valley and she said despite the “shocking” weather there was no thought of abandoning the event.